US army soldiers at the K1 Air Base northwest of Kirkuk in northern Iraq, 29 March 2020 (AFP/File photo)
By
MEE staff
in
Washington

The White House has expressed support for efforts to repeal a 2002 law that enabled the invasion of Iraq, as legislators and anti-war activists push to revoke measures that give presidents the legal authority to use military force without congressional approval.

Progressive groups and lawmakers welcomed the White House's explicit backing of legislation that would rescind the Authorization for Use of Military Force (AUMF) Against Iraq Resolution of 2002 on Monday.

The 2002 AUMF was cited as the legal justification for the 2020 US strike that killed top Iranian general Qassem Soleimani.

The US Constitution grants Congress the right to declare war, but presidents have been using AUMFs to deploy troops across the world and engage in conflicts without a formal declaration of war. The last time Congress declared war was during World War II.

Progressives say they hope that repealing old authorisations for the use of force would reign in the White House's war powers, increase congressional oversight and make military conflict less likely.

Congresswoman Barbara Lee, a prominent opponent of US involvement in military conflict who proposed the legislation to repeal the 2002 AUMF, said President Joe Biden's support for the bill is "great news". "This is a long-overdue step toward ending our forever wars," Lee wrote on Twitter.

As a senator in 2002, Biden voted in favour of the 2002 law to authorise then-President Gorge W Bush to invade Iraq.

On Monday, Congressman Mondaire Jones, a first-term Democrat, deployed pop-cultural references to highlight the outdatedness of the 2002 AUMF, which was supposed to be a temporary measure.

"In 2002, Britney [Spears] and Justin [Timberlake] were still together, Kelly Clarkson was on American Idol, and I was 15 years old," Jones wrote on Twitter.

"The world's changed a lot since then, but the AUMF passed that year is still the law of the land. No more endless war. It’s past time to repeal the 2002 AUMF."

The House of Representatives is set to vote on Lee's legislation, which is sponsored by dozens of lawmakers, later this week. A similar bipartisan bill has also been introduced in the Senate.

It is not clear how the repeal of the 2002 AUMF would affect US military operations in Iraq, where Washington has said it intends to draw down its combat troops.

In February, US air strikes targeted Iran-backed groups in Syria, near the Iraqi border, in retaliation to a rocket attack on a base hosting American soldiers in Iraq.

At the time, Democratic lawmakers questioned the legality of the strike, but Biden said the strikes were in self-defence and consistent with his "responsibility" to protect Americans at home and abroad as president. "The President is committed to working with the Congress to ensure that outdated authorizations for the use of military force are replaced with a narrow and specific framework appropriate to ensure that we can continue to protect Americans from terrorist threats," OMB said on Monday.

As a candidate, Biden pledged to end America's "forever war". Since taking office, he has pushed on with the previous administration's commitment to withdraw US troops from Afghanistan, where Washington has been at war for nearly 20 years.

But the US president's budget request of $752.9bn for military programmes, which marks a slight increase from former President Donald Trump's defence spending, has irked progressives in Congress.

Moreover, the White House has not backed another Lee-led effort to revoke the more consequential 2001 AUMF, which gives the president authority to strike the perpetrators of the 9/11 attacks anywhere in the world. 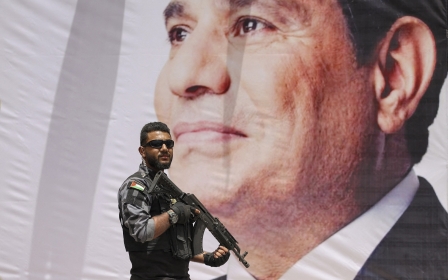 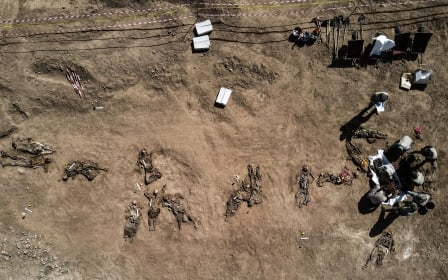 Iraq at War
Iraq: US offers $3m for information on attacks against American targets