Protesters rail against energy deal that was signed in secret with Israel, describing it as lighting up the streets of the country with 'stolen' Palestinian gas 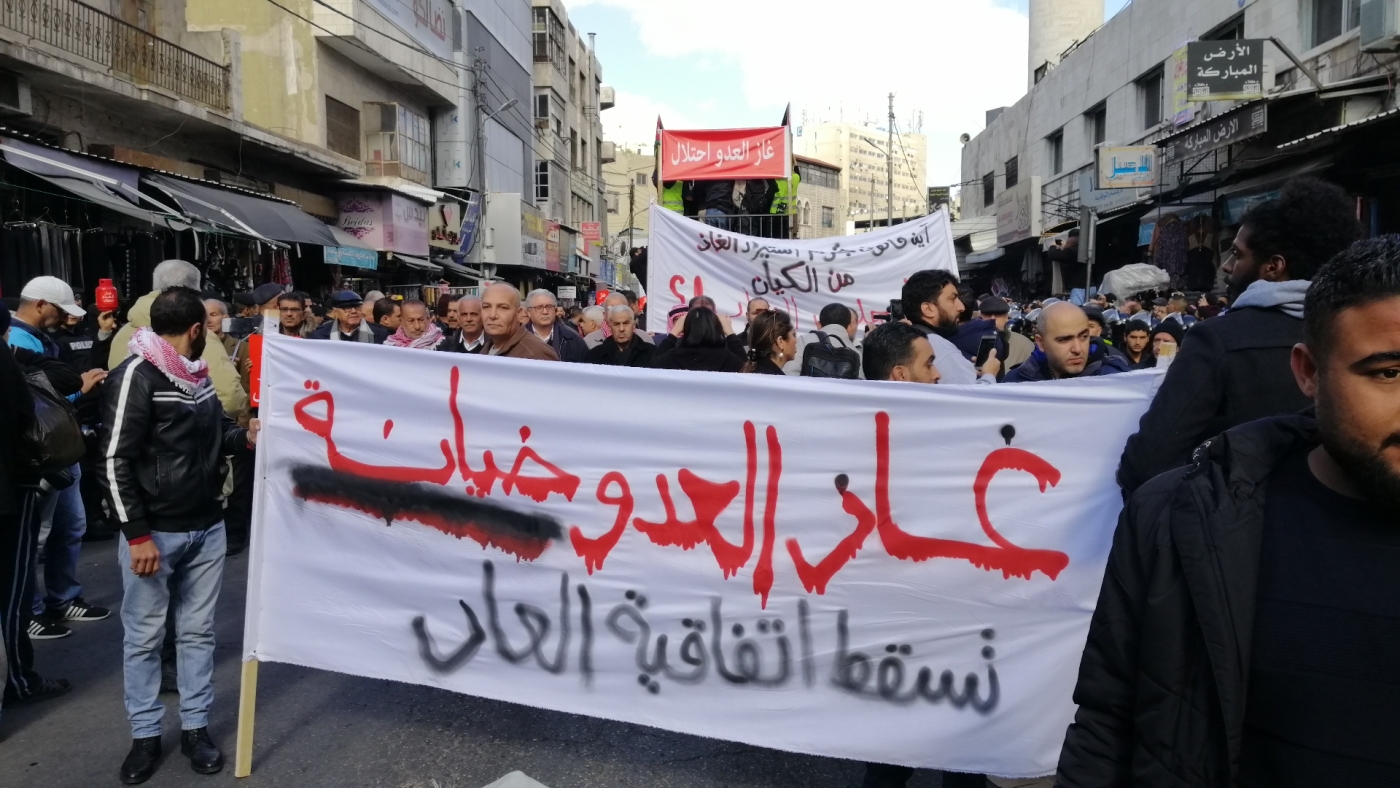 Crowds of Jordanian protesters chanted "treason, treason" as they marched through the centre of Amman on Friday, after the Middle Eastern kingdom began receiving its first imports of gas from Israel's Leviathan field.

"It's a black day, a catastrophe for Jordan," said Hisham Bustani, a coordinator for the protest movement, adding that the government had signed a deal that would light the country's streets with gas "stolen from occupied Palestine".

On 1 January, Texas-based Noble Energy began pumping the first supplies of Israeli gas from the field to Jordan for an experimental three-month period, according to the terms of a deal Jordan's National Electricity Company (NEPCO) struck with Noble Energy Inc in 2016.

The supplies, from Israel's largest offshore natural gas field Leviathan, are expected to run until 2035.

'This deal is against the will of the Jordanian people'

The Jordanian government said after signing the agreement that securing stable energy prices for the next decade could achieve annual savings of at least $500m annually and help reduce a chronic budget deficit.

Energy-dependent Jordan imports about 95 percent of its energy needs with demand for electricity rising by six to seven percent annually.

According to the agreement, the overall cost for Jordan stands at $10bn, with Israel receiving $8bn of that for supplying 300 million cubic metres of gas daily for a period of 15 years.

Bustani told Middle East Eye that, according to the deal, Israel would be the sole beneficiary, allowing it to turn into a potential energy exporter. Meanwhile, Jordan would be locked into buying 40 percent of its energy needs from its erstwhile enemy.

"This deal was forced [on Jordan] by the US in order to support Israel, and to support American companies who have interests in gas," he said.

The deal would have been particularly valuable to the US-based Noble Energy and Israel's Delek Group, which had yet to produce any gas from Leviathan since it was discovered in 2010.

Companies typically require agreements to be made in advance of producing gas from fields because they are so expensive to develop, so the Jordan deal would have made further deals on the field more likely.

'The government is deaf and mute'

Aya, a 26-year-old demonstrator, told MEE that she feared the deal could lead to attempts to normalise ties with Israel.

"As a tax-paying citizen, I don't want our money to be shared with the Israeli occupiers who are killing our people in Palestine," she said.

"This deal is against the will of the Jordanian people."

Nearby, a group of protesters chanted: "This government is selling out the people and is forcing on us the biggest guilt." However, an MP told MEE that the law never saw the light of day as it was deliberately buried.

"The government has not listened to the MPs," Ahmad Raqa, a member of the Islamist Islah party told MEE.

"We did our duty as a parliament, and the government should have carried out our decision. But the government is deaf and mute and is unable to listen to the parliamentarian's calls or the aspiration of the people, who are unanimous in their rejection of this shameful deal."

Despite the frequent protests against the import of Israeli gas, Jordan set aside $15m in its 2018 budget to build a pipeline on Jordanian land.

The pipeline goes to Israel through the northern province of Mafraq and distributes the gas to the country's power plants for electricity generation.

Since Israel discovered gas off its coast a little over a decade ago, Tamar is the only field to have produced gas for commercial consumption. It currently supplies nearly all of Israel's gas. Its only non-domestic customers are Jordan's state-owned Arab Potash Company and its affiliate Jordan Bromine. 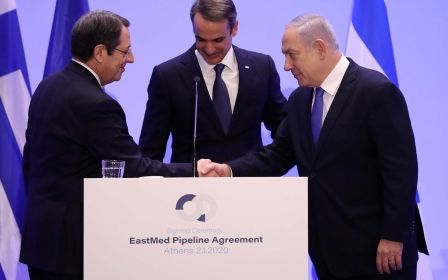