Bound by oil: How petroleum is bringing Sudan and South Sudan closer together

After years of tense relations can oil be the diplomatic lubricant to mend ties between Khartoum and Juba? 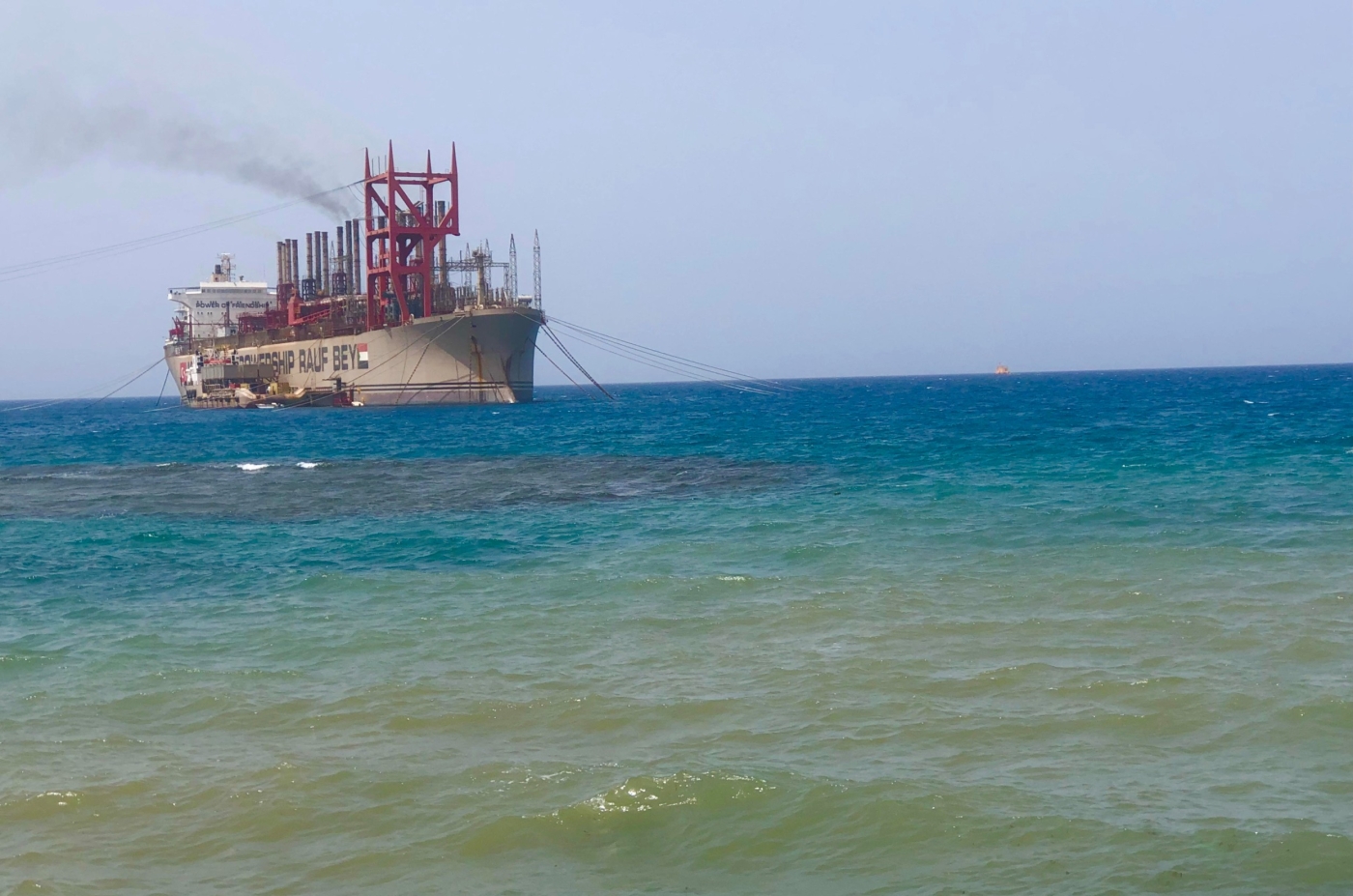 For the past eight years since South Sudan gained independence from Sudan, a legacy of violence has marred relations between the new state and its northern neighbour. But as mass protests put an end to Sudanese President Omar al-Bashir’s 30-year reign earlier this year, the two countries now face an opportunity to redefine their relationship.

And one thing might help cement their bond: oil.

With a seven-year agreement expiring in December, South Sudan Petroleum Minister Awow Daniel Chuang announced in September that discussions have been underway to renew an accord spelling out the two countries’ cooperation regarding the production, transport and processing of oil.

South Sudan needs Sudan in order to exploit its oil resources, and Sudan needs the financial boost brought on by oil dividends.

But with each country struggling internally with their own political woes, will they be able to focus on the economic agreements that can help both countries’ economies?

When South Sudan separated from Sudan in 2011 following a referendum in which some 99 percent of voters voted in favour of independence, the fledgling country had long had a fractured relationship with Khartoum.

For 22 years between 1983 and 2005, Sudan was torn apart by civil war between the government in Khartoum and the Sudan People's Liberation Army (SPLA) guerilla group - in a conflict involving tribal, ethnic and religious divisions, as well as a rejection of government corruption.

In the wake of its independence, South Sudan ended up with 75 percent of the former united Sudan's oil resources, which had once been dominated by united Sudan’s elite. According to the US Energy Information Agency, South Sudan ranks ninth out of 20 oil-producing countries in Africa.

But the only pipeline network to transport South Sudan’s oil out of the country is Sudan’s Greater Nile Oil Pipeline, which takes crude oil to the Port Sudan refinery by the Red Sea - hence forcing South Sudan to use Sudanese infrastructure, giving the latter leverage over the young country's resources.

Relations between Juba and Bashir were never cordial, and oil quickly became a political sticking point between South Sudan and Sudan.

But with both countries in serious financial turmoil, holding oil hostage of a political feud was economic suicide.

In September 2012, both countries signed a series of cooperation agreements, including one related to oil.

Under the Oil Agreement, South Sudan agreed to resume production in its oil fields, with the oil then being transferred into Sudan via cross-border pipelines to be processed there.

The agreement included a Transition Financial Arrangement (TFA), to govern oil fees South Sudan paid to compensate Sudan for the loss of revenue after the South seceded. Initially supposed to last three-and-a-half years, the TFA was extended by another three years in December 2016 to reflect the changes of global oil prices and production decline.

“It is oil that continued to keep Khartoum and Juba close together despite their mutual political dislike during the former regime of President Bashir,” Okuk said.

But nearly a year ago, what had seemed like an unchanging political reality in Sudan began to change.

Protests that erupted in December 2018 over living conditions - including fuel shortages - quickly escalated into mass demonstrations calling for an end to Bashir’s 30 years of rule. On 11 April, Bashir was deposed.

After months of tense back and forth between the Sudanese military and civilian opposition groups, a joint transitional sovereign council was established in August.

The political shift in Sudan has opened up opportunities for a renewed relationship with South Sudan.

“Now we have realised that only sitting down to negotiate can solve problems, not the barrels of guns. I want the two countries to move out of this crisis so that they can concentrate only on development for the people of Sudan and South Sudan,” South Sudan President Salva Kiir Mayardit said in Juba earlier this month.

Since then, Juba has hosted peace talks between the new leadership in Khartoum and Sudanese rebels groups, leading to a ceasefire agreement signed on 21 October.

The warming ties have also meant that the topic of oil has been brought back to the table.

During his first visit to South Sudan in September after being sworn in, Sudan’s new Prime Minister Abdalla Hamdok discussed with officials in Juba a future memorandum of understanding on cooperation regarding oil fees and freedom of movement between the two countries.

With the TFA set to expire in December, a new phase of discussion began in September to redefine the terms of the bilateral agreement.

Oil officials in Juba told MEE on Friday that they had agreed to extend the agreement with Sudan, without providing further details.

But South Sudan is also dealing with its own political woes. In September, South Sudanese President Salva Kiir Mayardit and rival Riek Machar met in Juba for the first time since 2018 - but a 12 November deadline to establish a unity government looms closer with little indication of a breakthrough.

Juma Peter, a Juba-based journalist and analyst, told MEE that the scope of the relationship between Juba and Khartoum rests solely on the governments’ political will to recommit to the implementation of the 2012 cooperation agreements.

“At the end of the day, South Sudan overwhelmingly relies on Sudan's pipelines and port to transit its oil to the international market,” Peter said. “Equally, Sudan heavily depends on South Sudan's oil to bridge its economic deficit.”

What the future holds

Since 2012, Juba has paid Khartoum $2.4bn out of $3.28bn promised as part of the agreement to compensate for Sudan’s loss of oil revenue, Chuang, South Sudan’s petroleum minister, told MEE.

According to South Sudan’s review of oil reserves, the country had about 1.1 billion barrels worth of developed and undeveloped oil reserves as of January 2015.

The Brent crude oil price, upon which all South Sudan sales are based, has fallen by more than 60 percent since June 2014, when it was trading at nearly $112 per barrel. The crude oil market price reached a low $47.86 per barrel in January 2015 before climbing back to a range of $50-$54 at the end of the latest fiscal reporting period.

Oil exploration and development in South Sudan have been hampered since early 2014 due to continued conflict in the country, particularly between the government and rebels in the northeast regions where a number of oil fields are located.

Talks are underway since September between Khartoum and Juba to repair oil facilities in Block 5A in the region known as Unity State near the border with Sudan, which were damaged by conflict.

“The challenge of Block 5A is that the quality of the crude oil coming from the block doesn’t work with Khartoum’s,” Chuang explained. The South Sudanese minister added that an agreement had been reached earlier this month to produce up to 16,000 bpd in 5A, with hopes that production in Block 5A would start in December.

For Abraham Awolich, a senior policy analyst at the Sudd Institute, the recent rapprochement of the past few months is the “way to go”, telling MEE that the two countries should let go of past policies attempting to take each other down.

“After the revolution in Sudan, the new regime is taking initiative and wants to maintain that relationship,” he said. “Sudan must give South Sudan a certain degree of flexibility so it can benefit from the relationship, and South Sudan should also be flexible and give Sudan enough to prove that this relationship is mutually beneficial.”

Awolich added that Hamdok’s background as an economist made the Sudanese premier more likely to see the benefits of increased collaboration.

“The new Sudanese Prime Minister is an expert in economy and understands that both countries depend on each other, and that oil is of great importance to both countries,” he said.

“For the last eight years we had been trying to bring each other down and we have only succeeded in bringing all of ourselves down,” Awolich said. “Cooperation is the way to go.” 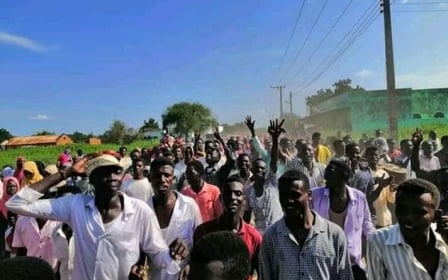