The British foreign office and foreign intelligence agency, MI6, have long been known - and resented - for their elite ranks of “Arabists”, sometimes known as the “Camel Corps."

The term came to be used with disdain by other officials to describe the British diplomats, adventurers, and spies attracted to the Middle East since before the First World War when Lawrence of Arabia fought alongside the desert tribes of the Arabian peninsula against the Ottoman Empire

This deep empathy, and a coolness towards Israel, is brilliantly reflected in official documents released on Tuesday at Britain’s National Archives. The trigger was a visit by the then-prime minister, John Major, to Israel, Palestine and Jordan in March 1995.

'I am wary of camels'

Foreign office (FO) officials were keen that Major, or at the very least one of the ministers accompanying the British premier on the trip, should visit Orient House, the Palestinian Liberation Organisation headquarters in East Jerusalem. Such a visit would be hugely symbolic as it was considered the likely seat of a Palestinian government in the event of a two-state peace agreement being reached.

But Major’s advisers would have none of it, believing that Yitzhak Rabin, then Israel’s prime minister, would refuse to meet any British official who had visited Orient House.

"I am wary of camels. They may look innocuous but they can get you into trouble,” Sir Roderic Lyne, Major’s private secretary, warned the prime minister in January 1995.

Lyne spelt out his concerns in a hand-written note after British diplomats, led by Andrew Burns, Britain’s ambassador to Israel, applied mounting pressure on Downing Street for a British ministerial visit to Orient House.

Tipped off about FO private manoeuvrings, with the FO suspected of trying to bounce Major behind his back, Lyne warned in another handwritten note: "This smells a bit fishy to me (can camels smell fishy?)”

As the FO persisted, an increasingly anxious Lyne warned: "The Foreign Office seem determined to infuriate the Israelis.”

Shortly before Major was due to start his visit to the Middle East trip, John Sawers, private secretary to the foreign secretary, Douglas Hurd, wrote to Lyne at Downing Street. Hurd’s deputy, Douglas Hogg, should visit Orient House, Sawers (who years later was appointed head of MI6), told Lyne.

An irritated Lyne responded: "These Foreign Office camels never give up. I'm amazed they allowed us to go to Israel at all."

Better row with Palestinians than Israelis

Major’s advisers in Downing Street pointed out that he was meeting Yasser Arafat, the president of the newly-established Palestinian Authority, in the Gaza Strip. It was not as though the prime minister was shunning Palestinian leaders. The row continued until the FO finally agreed to send Andrew Green, one of its senior diplomats, on a low-key visit to Orient House.

The FO was unhappy though, worried that it looked as though Major had backed down as a result of Israel pressure. But as one FO official noted: "better a row with the Palestinian lobby than the Jewish one".

Burns returned to the issue after Major had left, sending a cable to the FO in which he said he had heard that Rabin had been asked what would happen if Nelson Mandela, then president of South Africa, visited Orient House. "Rabin is reported not to have replied, and to have appeared embarrassed," Burns wrote.

Major later wrote in his memoirs that he "cemented strong personal relationships" with Rabin and with King Hussein of Jordan during the visit, and was pleased to be the first Western leader to visit Arafat in Gaza City.

He brokered an agreement between Rabin and Arafat to allow European Union monitors to oversee elections in Gaza, and announced an aid package for Palestine.

Lyne’s spat with the FO did not harm his career. He was appointed British ambassador to Russia in 2000. He gained a reputation for being a straight-speaking diplomat and was the most persistent questioner on the Chilcot panel hearing evidence about the events leading up to the UK’s involvement in the invasion of Iraq in 2003.

A number of documents, or extracts from them, due to have been released on Tuesday have been suppressed by British government officials.

They include a passage after British officials expressed concern that a defence agreement with Israel would run “the risk” of provoking Arab countries which, they noted, were “our main customers for defence sales”.

One unnamed official added: “But there is plenty of scope without formal agreements". The remainder of the paragraph has been redacted.

The Major government had lifted a British ban on arms sales to Israel which had been in place for more than a decade in 1994.

Also withheld are minutes of two discussions in Major’s cabinet in April 1996 referring to Saudi Arabia.

The papers on Major’s 1995 Middle East trip includes an FO briefing for the prime minister on the Israeli nuclear whistleblower, Mordechai Vanunu. It advised: "Vanunu appears to have been tried in accordance with normal Israeli practice."

Vanunu, a Moroccan-born Mizrahi Jew, was lured by Mossad agents to London where the Sunday Times was preparing to publish his revelations about Israel’s nuclear weapons programme in 1986.

Vanunu was jailed for 18 years, 11 in solitary confinement. He has been frequently imprisoned since for breaching parole terms that include a ban on speaking to foreign journalists. 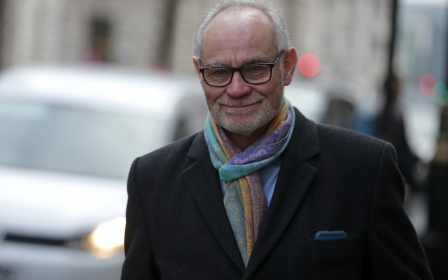 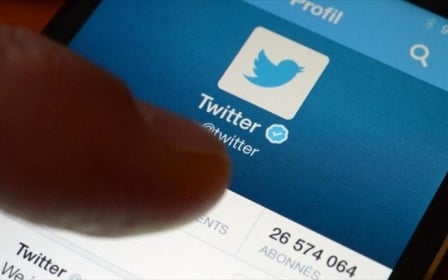