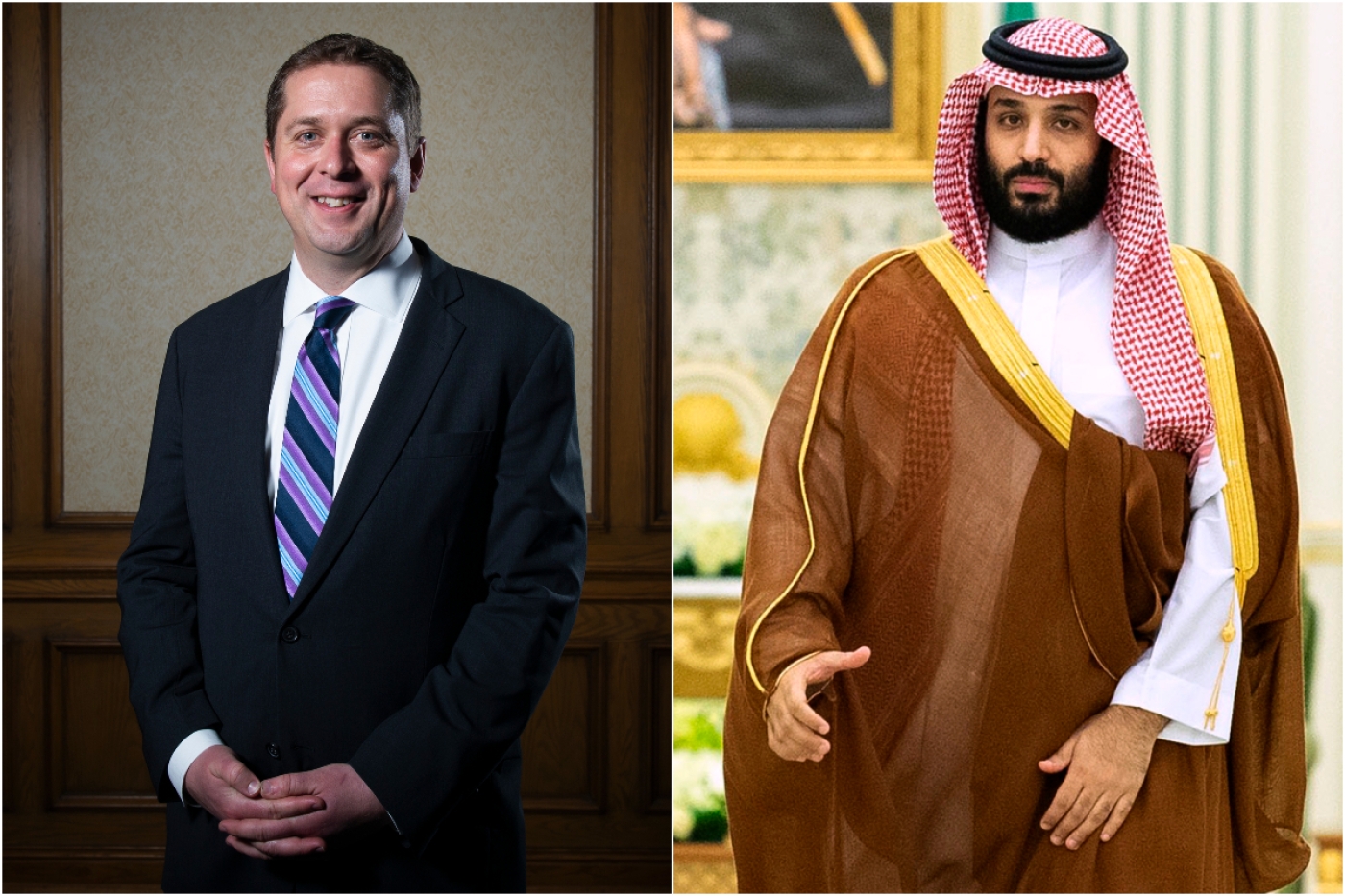 A member of Canada's Conservative Party has pledged to rebuild strong ties to Saudi Arabia, which have been strained since Ottawa criticised the Gulf kingdom's human rights record and condemned the killing of Jamal Khashoggi.

MP Erin O'Toole told The Canadian Press on Friday that if the Conservatives are elected in October's federal election, restoring relations with the Saudi government would be a priority.

O'Toole said the party would "win some trust" with the Saudis by improving commercial ties between the countries and boosting aid, development and refugee support in the Gulf, the news agency reported.

"Once you have a relationship, you can then work on issues related to human-rights concerns about the actions of Saudi Arabia vis-a-vis the Khashoggi incident, democratic reforms, all these sorts of things," O'Toole told CP.

"If you have zero relationship, we're basically just yelling into the wind. We're not having any impact on them."

'If you have zero relationship, we're basically just yelling into the wind'

The Saudis suspended trade with Canada, expelled the Canadian ambassador from the kingdom and recalled thousands of Saudi students studying medicine in Canada, a move that threw both countries' health-care systems into disarray.

Then-Saudi foreign affairs minister Adel al-Jubeir said the dispute could be settled if Canada issued a public apology. "It's very easy to fix. Apologise and say you made a mistake," he said at the time.

The Canadian government refused, and over the past year it has pressed Saudi Arabia on other human rights issues as well.

Ottawa issued condemnations after the murder of Khashoggi, a Washington Post columnist who was killed by Saudi government agents in the country's Istanbul consulate last October.

It later sanctioned 17 Saudi officials believed to have been involved in the crime.

"The murder of Jamal Khashoggi is abhorrent and represents an unconscionable attack on the freedom of expression of all individuals. Canada continues to call for a credible and independent investigation," Chrystia Freeland, the minister of foreign affairs, said in a statement at the time.

Despite the rhetoric, Justin Trudeau's government has so far resisted domestic pressure to take concrete action to hold Saudi Arabia accountable for its rights abuses. ANALYSIS: What’s next in the Saudi-Canada spat?
Read More »

Advocacy groups in Canada have repeatedly called on Ottawa to cancel an $11bn ($15bn Canadian) arms deal with Riyadh over Khashoggi's assassination.

They have also pointed to the ongoing humanitarian crisis in Yemen, where the Saudis launched a devastating war in 2015, as reason to cancel the weapons transfers.

But in late October, just weeks after Khashoggi was killed, the prime minister warned that cancelling the deal would cost Canadian taxpayers $1bn.

Trudeau said Ottawa had the power to suspend future export permits to Saudi Arabia, but the existing agreement was structured in a way that "makes it very difficult to suspend or leave the contract".

"I do not want to leave Canadians holding a billion-dollar bill because we're trying to move forward on doing the right thing," he said at the time. "So we're navigating this very carefully."

The Conservative Party is the main challenger to Trudeau's Liberal Party, which is seeking re-election in the countrywide vote set for 21 October.

The Liberals won a majority in Canada's last federal election in 2015, unseating the Conservatives, who had been in power since 2006 under Harper. Politics
ANALYSIS: What’s next in the Saudi-Canada spat?