One detainee has been added to 'the coronavirus case' on charges of spreading false news, says Human Rights Watch 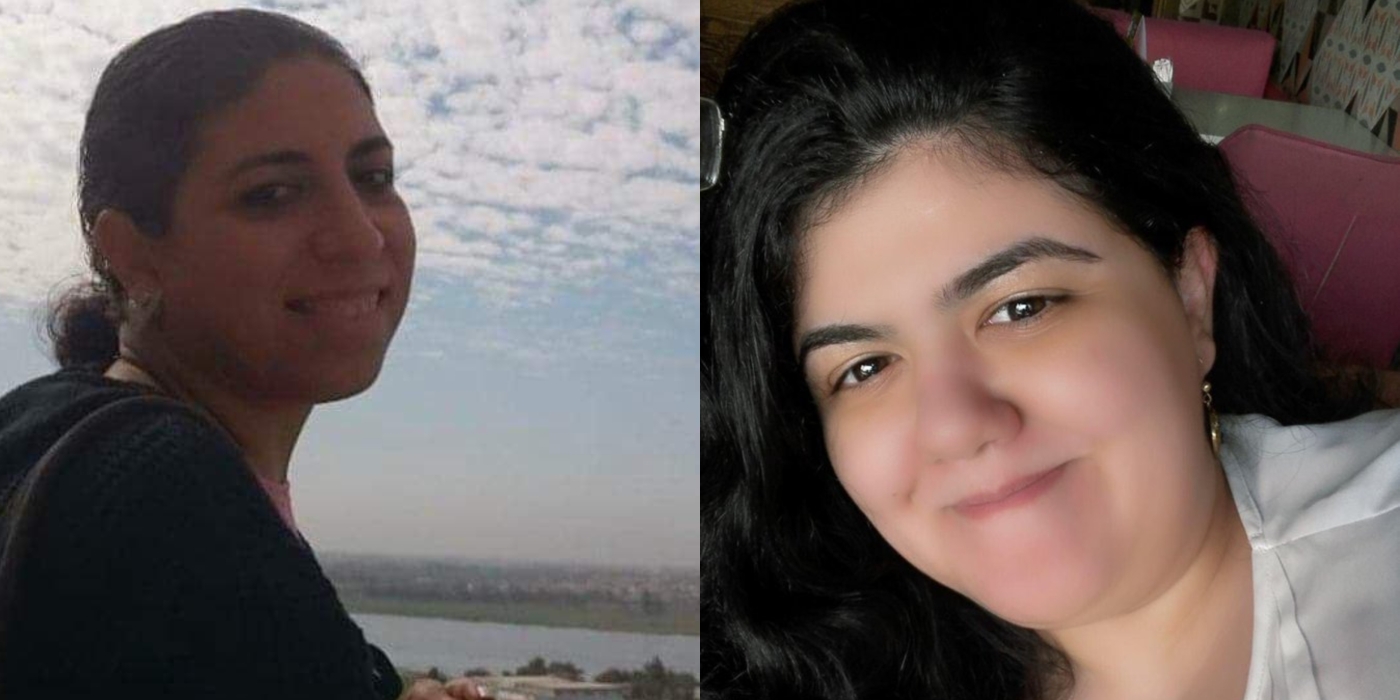 Marwa Arafa (R) and Kholoud Saeed, both professional translators, were arrested on 20 and 21 April, respectively (Twitter)
By
MEE staff

Egyptian authorities have arbitrarily arrested two women in recent days in a crackdown targeting those critical of the government’s handling of the coronavirus pandemic, Human Rights Watch said on Wednesday.

The two women are Marwa Arafa, 27, and Kholoud Saeed, 35, who work as professional translators. They were arrested and taken from their homes on 20 and 21 April, respectively, according to their families and lawyers.

Both women have been held incommunicado since their detention, according to their families.

Families and human rights advocates have launched an online campaign calling for the disclosure of their whereabouts and for their release.

According to HRW, Saeed appeared on 28 April before prosecutors in Cairo, but her lawyers have yet to be informed of where she is being held.

Prosecutors on Tuesday brought charges of “joining a terrorist group”, “spreading false news” and “using a website with the purpose of committing a crime” against Saeed and ordered a pre-trial detention for 15 days pending investigation.

HRW condemned the charges against her as “vague and apparently abusive”.

“The authorities should fully disclose the whereabouts of the women and release them or present evidence to judicial authorities of criminal wrongdoing,” the rights group said in a statement.

Saeed is the manager of an editorial department at the Library of Alexandria.

She has been added to case no. 558/2020, known as “the coronavirus case”, where several activists and lawyers have been charged with offences related to their purported criticism of the government’s response to the coronavirus outbreak.

A friend of Saeed told HRW that a lawyer was allowed to attend her interrogation on Tuesday, and that the questioning was focused on her Facebook posts in which she shared articles critical of the government.

Arafa and Saeed are among several individuals arrested since March after calling for the release of prisoners to curb an outbreak of coronavirus in the country’s notoriously overcrowded jails.

‘Where is Marwa Arafa’

Arafa’s husband, Tamer Mowafy, has launched an online campaign with the hashtag “Where is Marwa Arafa” calling for the disclosure of her whereabouts.

It's the 8th day since Marwa was literally snatched from home and our toddler daughter's arms. She's been forcibly disappeared since then. We know nothing about the location or conditions of her illegal detention.#مروة_عرفة_فين #FreeMarwa pic.twitter.com/8KnbSUIcRq

An acquaintance of Arafa told HRW that a number of security officers arrested her from her home in Nasr City, east of Cairo, on 20 April without presenting an arrest warrant.

The rights group said that the security forces, some in plain clothes, confiscated her phone and a large sum of cash, then took her to an undisclosed location.

It remains unclear whether Arafa will be added to the same case as Saeed.

As of Wednesday, the family has not been able to locate her, according to her husband.

The government of President Abdel Fattah el-Sisi has been accused of forcibly disappearing hundreds of people since he came to power in 2014. His government, however, has repeatedly dismissed the accusations as untrue. 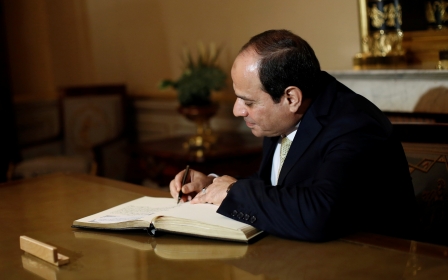 Coronavirus
This blogger wanted to bring Egypt's treasures to a locked down public. He was arrested