Individual donations from Americans to refugee agency may not make up for government cuts but show that people care, says UNRWA USA 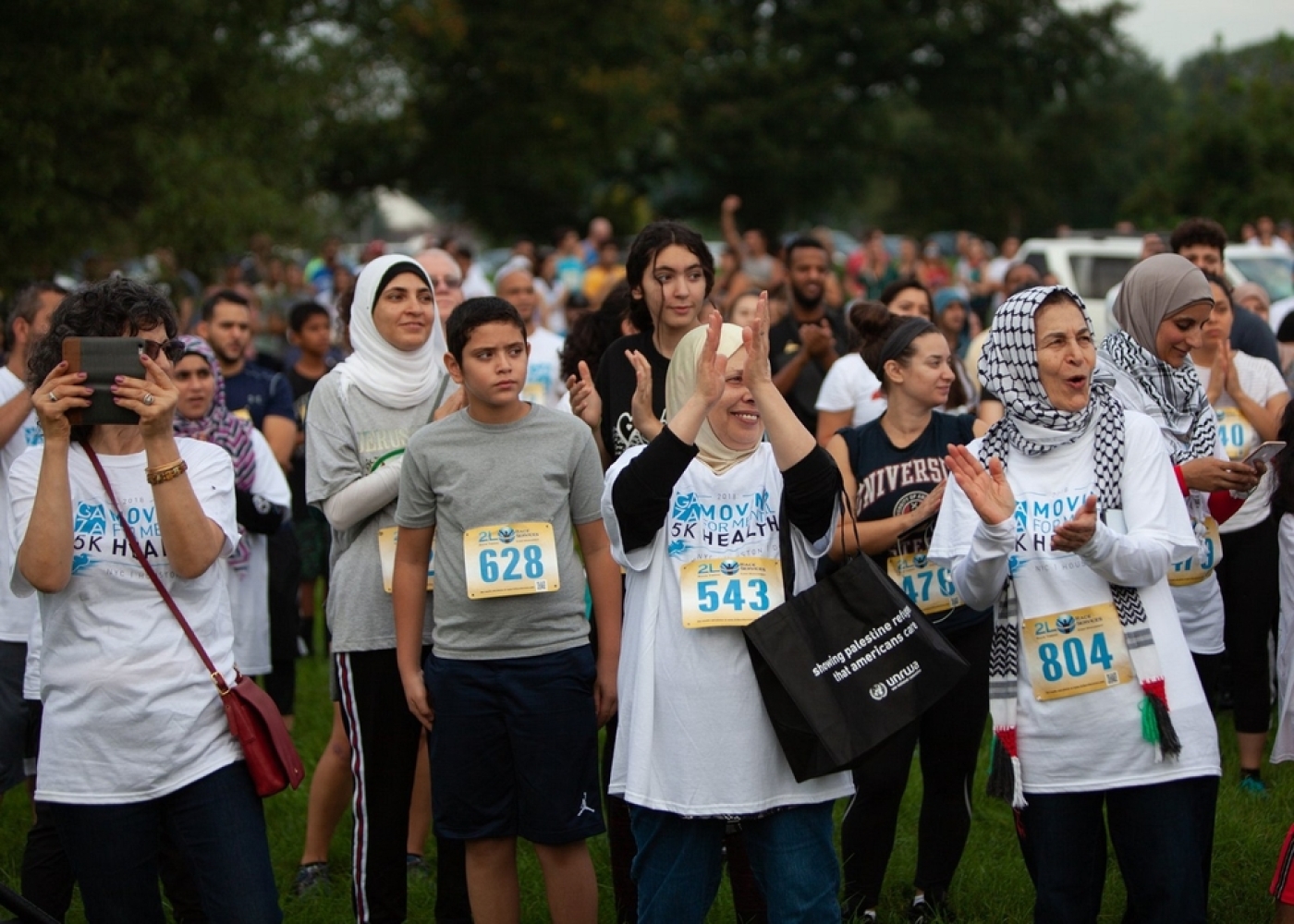 The UN agency for Palestinian refugees (UNRWA) has been struggling to cope with a funding shortfall after Washington, its single largest donor, decided to halt assistance to the group, which provides vital services to displaced Palestinians.

But as President Donald Trump intensifies his pro-Israel rhetoric and aims to redefine what it means to be a Palestinian refugee, the agency's US arm says the recent policy shifts have opened Americans' eyes to the plight of Palestinians.

UNRWA USA, a nonprofit that operates independently from UNRWA, has seen a "tremendous increase in interest" from the US public, said its director of communications, Laila Mokhiber.

"[Palestinian refugees have] come more to the forefront of people's conversations; more Americans know what UNRWA is. As we continue to raise the visibility of the agency, we believe we will see more support for its work," Mokhiber told MEE.

UNRWA USA aims to raise $4m by the end of the year through various initiatives and individual donations.

"While this will not make up the deficit, it is really important to show that the US public does care about this issue," Mokhiber said.

[Palestinian refugees have] come more to the forefront of people's conversations; more Americans know what UNRWA is

In the mid-1900s, more than 700,000 Palestinians were displaced from their homes in what is now Israel. Palestinians refer to the diaspora leading to the establishment of the state of Israel in 1948 as the Nakba (catastrophe).

Today, Palestinian Nakba survivors and their descendants, about five million people, mostly live in impoverished camps in neighbouring Arab countries, as well as in the West Bank and Gaza.

UNRWA says it is a lifeline for those refugees. Its services include education, health care and food assistance. It is also the largest employer of displaced Palestinians.

In that context, Trump's decision to withhold $350m in annual US aid has left the agency scrambling to find other sources of funding. And while other countries have started pledging increased contributions to make up for the lost US funds, in places like Gaza hundreds of UNRWA workers have lost their jobs.

Mokhiber said before Trump's cuts that the issues plaguing Palestinian refugees were "in the shadow".

That's no longer the case, she said, pointing to the "influx of op-eds" and heightened US media attention Palestinian refugees have received this year.

American celebrities, including comedians Chelsea Handler and Sarah Silverman, have also made statements in solidarity with Palestinian refugees on Twitter.

UNRWA USA has stepped up its fundraising efforts, promoting Gaza 5K, an annual series of runs through various US cities to raise money for the agency's Community Mental Health Programme in the besieged Palestinian enclave.

The agency's psychological counselors in Gaza have been particularly hard hit by the funding cuts.

Jabir Thabet, a mental health worker in Gaza who has worked with UNRWA for three years, was told last month he could only stay on as a part-time employee.

He called the decision a "violation of [his] rights".

"I previously worked with a different international institution, but when I got a job at UNRWA, I had to resign from that job, thinking I found what I had been missing all along: job security," Thabet told MEE in September.

He refused to sign the new contract because the reduced hours would not allow him to meet his family's financial needs.

Money from Gaza 5K goes to paying the salaries of mental health professionals like Thabet in the blockaded Palestinian territory.

In New York earlier this year, the run raised $360,000, according to Mokhiber. In late September, another Gaza 5K run drew 600 people in Washington, DC.

Houston will host its inaugural Gaza 5K on 17 November.

Before the run, participants set up their own fundraising pages, encouraging friends and family to donate to UNRWA. Mokhiber said the event helps the organisation reach thousands of new donors.

While UNRWA USA continues its efforts to secure donations for refugees, Mokhiber urged the agency's supporters to contact their elected representatives and lobby them to work to restore the government's cuts.

Cherie Bennet finished first among women in the Gaza 5K run in Washington last month. She said the race provided her with an opportunity to combine her two passions: "running and fighting for Palestinian human rights".

Even though our government acts horrendously ... there are tons of individuals here who do care, who will fight for Palestinian human rights

"You get to fundraise before the race and contribute - at least in a small way - to making the lives of Palestinian refugees better," Bennet told MEE.

Bennet said she raised a relatively modest amount of money for the refugees, but the symbolism of the donations is important.

"People do care here," she said. "Even though our government acts horrendously when it comes to this issue and a lot of the policies that come out of the US are very senseless, there are tons of individuals here who do care, who will fight for Palestinian human rights."