UNRWA cuts: The 'slow death' of Palestinian refugees in Lebanon

Schooling, healthcare, social assistance - UNRWA is a lifeline for Palestinian refugees in Lebanon struggling to cope in the face of US cuts 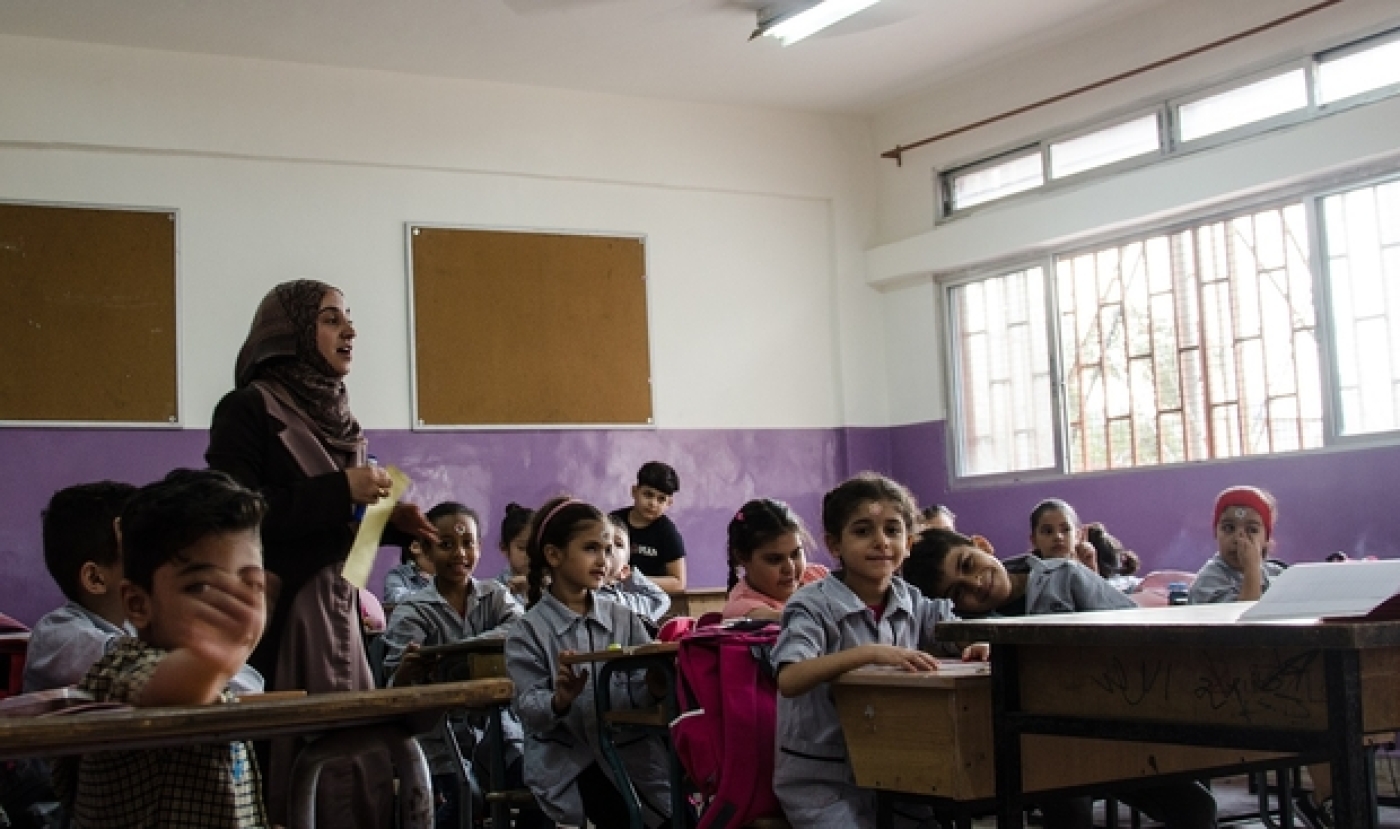 SHATILA CAMP, Lebanon - It is 7:30am on a Thursday, and it's time for Brahim to ring the Ramallah Elementary School's bell. The sound peels out, reaching the 820 students of the only primary school in this Palestinian refugee camp south of Beirut.

The chaos of children's energetic shouts can be heard coming up the stairs and leading to the classrooms, where children learn the English alphabet or the rules of mathematics. "A, B, C, D, E, F, G," young Palestinian students from Lebanon and Syria sing, laughing throughout.

By the end of September, UNRWA will no longer have a penny, including for schools and medical centres

At first glance, in this school run by the United Nations Relief and Works Agency for Palestine Refugees (UNRWA), nothing would suggest that the agency serving about five million Palestinian refugees is a "sinking ship" - as Commissioner General Pierre Krähenbühl has warned - or that it is facing the "greatest and most severe financial crisis in history".

The United States, UNRWA's largest donor, had only given $60m to the agency in January 2018, in contrast to $364m - or 30 percent of the agency's total budget - the year before. Then on 31 August, Washington announced that it was halting funding to the agency altogether.

The decision was supported by Israel, as Prime Minister Benjamin Netanyahu told his ministers in June 2017 that UNRWA had "prolonged, rather than resolved, the Palestinian refugee problem".

"It is time for the agency to be dismantled and merged into the United Nations High Commissioner for Refugees (UNHCR)," he said.

The American withdrawal has caused a financial abyss for the agency.

UNRWA spokesman Chris Guiness said: "By the end of September, the UNRWA will no longer have a penny, including for schools and medical centres."

'Go, corrupt yourself and get lost!'

Sitting in the office she has occupied for fourteen years, the headmistress of the Ramallah School, Sahar Dabdoub, speaks in a small voice, as if she is saving up her energy to survive the coming disaster.

If our salary disappears, the lives of many households are extinguished. This is called a slow death

"You know, UNRWA is our only shelter, our only chance to work. Its employees are responsible not just for one family, but several," she said.

"Many of us are responsible for a family: I support my parents, some pay for the children's education, others pay for an aunt's healthcare. If our salary disappears, the lives of many households are extinguished. This is called a slow death."

It is difficult to know where to start the exhaustive list of consequences that the American decision will have on the lives of Palestinian refugees in Lebanon.

During a seminar organised by the Institute of Palestinian Studies in Beirut earlier this month, UNRWA's director in Lebanon, Claudio Cordone, gave some figures: "In Lebanon, our agency provides education to 37,000 Palestinian refugees from Lebanon and 5,500 from Syria. 27,000 people benefit from our healthcare services and 61,000 from our social assistance."

In a country where Palestinians are banned from most professions and from home ownership, the agency's assistance is the only source of survival for many.

"It was not until we arrived in Lebanon in 2011 that my family asked the UNRWA for help. Working in Syria allowed us to be autonomous, and the situation in Lebanon would be much better if Palestinian refugees were finally allowed to do the same," Palestinian sociologist Sari Hanafi, an American University of Beirut researcher who grew up in Syria, pointed out.

Cordone stressed that UNRWA's services were not charity, but a right for those receiving them - something the agency is desperately trying to maintain.

"We operate month by month," he said. "I can't tell you if schooling will be provided after September."

These statements do not please 9-year-old Khouloud, a Ramallah Elementary School student: "I want to become a doctor to help heal the sick. If UNRWA has no more money, we will have to play on the street and stay at home, and I will no longer be able to become a doctor because my parents cannot afford a private Lebanese school."

And this is exactly Sahar Dabdoub's concern: "If the school closes, it is as if we say to the children: go away, corrupt yourself and get lost!"

'We won't forget our rights'

The following day, a busload of school children from Palestinian camps head for the Khalil Gibran Garden for a protest in front of UN headquarters in Beirut.

- Youssef Ahmad, Democratic Front for the Liberation of Palestine

"The end of UNRWA funding is a plot to suppress the right of return," wrote one young girl on a banner, referring to the right guaranteed by the UN's adoption of Resolution 194 in 1948, one year before UNRWA's creation.

In front of TV cameras, Youssef Ahmad, head of the youth union of the leftist Democratic Front for the Liberation of Palestine (DFLP), said: "We have come to tell this mad president, the director of the 'Dark House' Donald Trump, that the suspension of American aid will not make us forget our rights. Even if he abolished UNRWA and spat on international law, he will not succeed in erasing Palestine from our hearts."

This was not the first demonstration against the budget cuts. In early 2016, when UNRWA asked Palestinian refugees to cover up to 20 percent of the costs of hospitalisations, previously fully covered by the agency, a 23-year-old man lit himself on fire in the Bourj Chemali refugee camp in southern Lebanon.

Along the narrow and dirty alleys of Bourj el-Barajneh, another Palestinian camp south of Beirut, there are as many testimonies against UNRWA's budget cuts as there are power cables hanging dangerously in the alleyways.

Hussein el-Ali, whose 13-year-old son suffers from kidney failure, goes on the black market to obtain the drugs needed for his treatment. "They are often expired, but I can't afford to buy them in pharmacies," he said, distressed.

Three scenarios for the future

During a meeting organised by Jordan on the sidelines of the UN General Assembly on Thursday, donor countries including Germany, Sweden, the European Union, Turkey and Japan pledged $118m in extra funds to help the agency overcome the current gap left by the Americans.

But what about the future? Palestinian researcher Jaber Suleiman, speaking at the Institute of Palestinian Studies seminar earlier this month, said there are three potential scenarios.

The best outcome would see the agency overcome its financial crisis with the support of the majority of UN member countries and its long track record of facing budgetary challenges. Recent pledges from Germany, Spain and the United Kingdom, plus the Islamic Cooperation Organization's decision to estalish a 'Waqf' fund, support this scenario.

A second possibility is that the American campaign against the agency continues, leading to the end of its mandate. If this happens, then the door is open to the third, most pessimistic scenario: UNRWA transferring its mission the UN Refugee Agency (UNHCR).

This outcome, which Israel desires, is unlikely because only the UN General Assembly can decide to repeal Resolution 302 which first established UNRWA in 1949.

Why I tried to set myself on fire: The desperation of an UNRWA worker
Nidal Wishah
Read More »

El-Ali, the 50-year-old father who is already on the verge of a nervous breakdown trying to source affordable medicine for his son, will be watching closely. He said he'll do anything if the agency cuts more services.

"What they give us is a drop in an ocean of needs. But this drop is a relief, especially primary school for children. If they stop, it's a disaster," he said.

"Me, with my sick son, maybe I'll set myself on fire. I don't want to live in injustice, to see my son die and my daughter stop school at 17, one year before her high school degree."

- The article is an edited translation of a story originally published on Middle East Eye's French website. Palestine State
How the US is sidelining Palestinian refugees
Kamel Hawwash 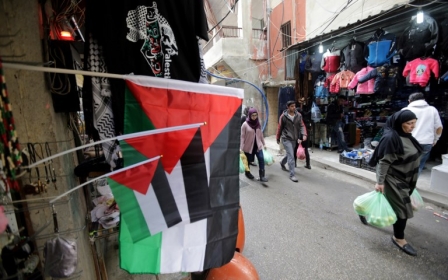 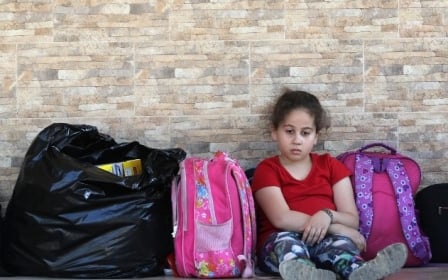