Yemen: Diplomats push for extension of truce as deadline nears

Officials see window of opportunity to extend and deepen ceasefire, with signs of battle fatigue on both sides 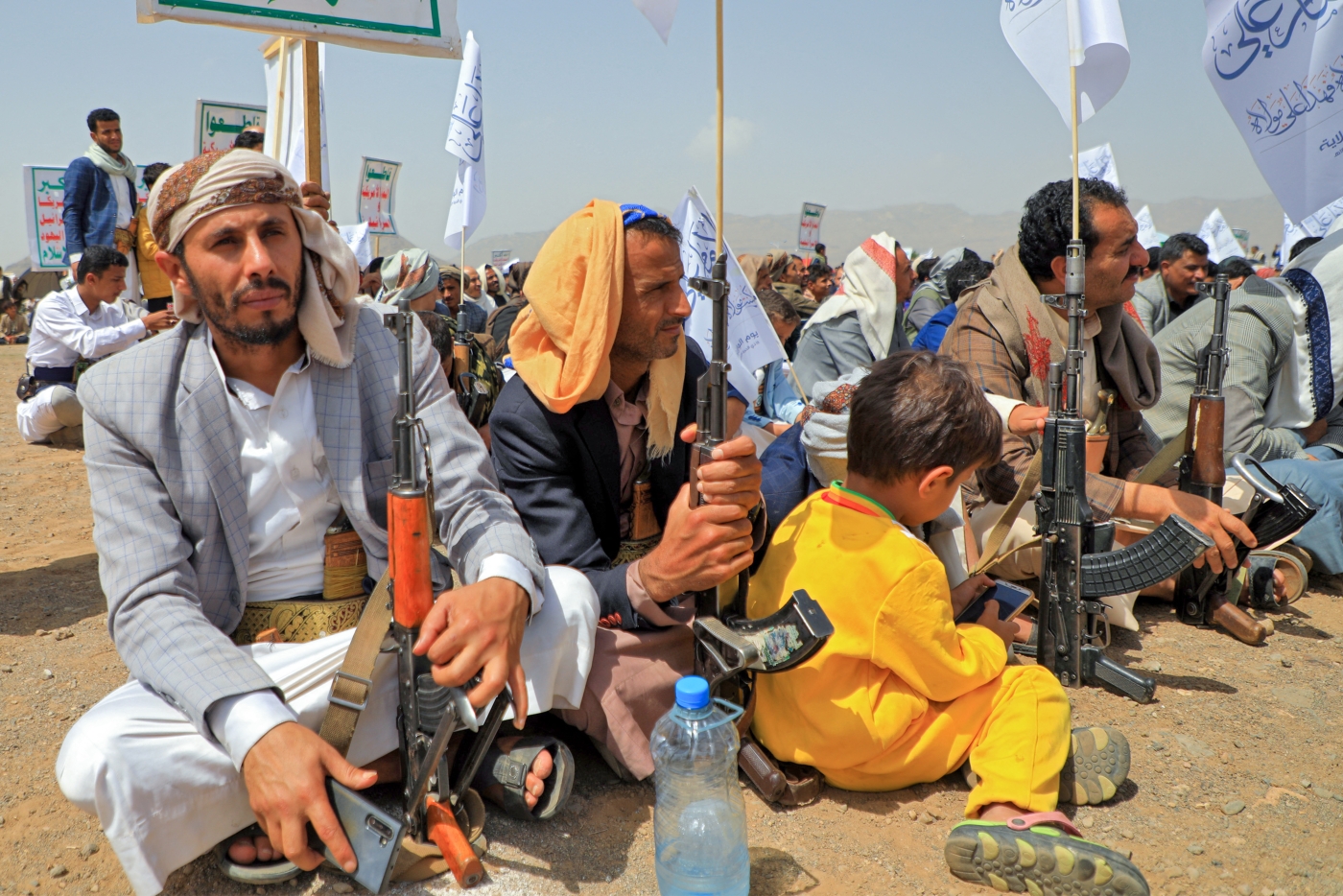 Diplomats are shuttling between Middle Eastern capitals in a final push to extend and deepen a fragile truce in Yemen, before it expires on Tuesday.

In the past week, UN special envoy Hans Grundberg has travelled between the Yemeni port city of Aden, Oman and Riyadh for talks with Yemen’s internationally recognised government and Houthi negotiators. This week, Tim Lenderking, the US Special Envoy for Yemen, is visiting both Riyadh and Amman.

Efforts to broker a deal come at a critical time for Yemen, where the truce in its civil war - which was first announced in April and extended for two months in June - has brought much-needed respite from fighting that has claimed the lives of tens of thousands of people.

“We are at a phase now where the truce is becoming more of a commitment for both sides,” a western official with direct knowledge of the talks told Middle East Eye, on the condition of anonymity. “It’s going to be hard for either to walk away.”

'Right now at least, the whole region is singing the same song. They want the truce'

The truce has led to a 60 percent drop in civilian casualties, with most now occurring as a result of landmines and unexploded ordnance, according to the UN.

The number of displaced people has been reduced by half. International flights have resumed in a limited capacity from Sanaa and fuel shipments to the Houthi-controlled port of Hodeidah have increased.

“The truce has been transformational for Yemen. It has made a tangible difference to people’s lives,” Grundberg said in a statement this month.

Yemen descended into civil war in 2014, when Iran-aligned Houthis seized the capital, Sanaa, forcing the internationally recognised government to flee to Saudi Arabia. Riyadh and a coalition of regional allies, chiefly the UAE, intervened in March 2015 to push the Houthis back.

Seven years of fighting has failed to dislodge the Houthis, who control northern Yemen and about 80 percent of the country’s population, along with major urban centres.

The fighting has led to what the UN says is the world’s worst humanitarian crisis. Millions of Yemenis are grappling with starvation and malnourishment and 80 percent of the country's population of 29 million are dependent on aid.

Thousands of civilians have been killed by coalition air strikes, while the Houthis have been accused of errant shelling, using child soldiers and launching drones and missiles at civilian infrastructure in Saudi Arabia and the UAE.

The April truce came after some of the most bitter fighting, as the Houthis attempted to take the strategic city of Marib. The coalition held them off, and reorganised its forces to go on the offensive in Shabwah, where it dealt the Houthis a rare defeat. Analysts say the ceasefire was likely driven by these developments on the battlefield.

“The truce benefits the Houthis right now because the Marib battle exhausted them,” Maysaa Shuja Al-Deen, a senior researcher at the Sanaa Center for Strategic Studies, told MEE.

Meanwhile, Riyadh has been searching for an exit from the war. In April, Yemen’s Saudi-backed president, Abd Rabbu Mansour Hadi, long seen as an obstacle to peace talks, resigned. He was replaced by an eight-member presidential council, which Riyadh urged to negotiate with the Houthis.

“Yemen is a headache for Saudi Arabia. They just want to freeze the fighting and stop cross-border attacks,” Deen said, referring to the Houthis' missile and drone strikes on the kingdom.

Shifting priorities on both sides of the conflict, even if for the short term, have led diplomats to believe they have a window of opportunity as they push for an extension of the truce from two months to six.

“Right now at least, the whole region is singing the same song. They want the truce,” the western official said.

A number of obstacles could still derail talks. One of the main issues has been the Houthis’ refusal to reopen roads to the besieged city of Taiz, in southwestern Yemen, officials and analysts say.

“The government feels they have given a lot of concessions and not gotten much in return,” a second western official familiar with the government’s thinking told MEE.

Analysts say the Houthis are negotiating from a position where they believe they have the upper hand on the battlefield.

"The Houthis still harbour military aspirations, while the Saudis and Emiratis no longer have the military appetite to continue the fight, and the Houthis are well aware of that,” Mohammed al-Basha, a senior Arabian peninsula analyst at the Navanti Group, told MEE. “Yemen has entered the stalemate phase of no peace and no war,” Basha adds.

Diplomats are also trying to strike an agreement between the two sides on the payment of salaries to civil servants, to which the Houthis have asked the government to contribute in the areas they control. The potential compromise, officials tell MEE, would be to link the payment of salaries in Houthi-controlled territory with the government’s call for more transparency on the tax revenue the rebels collect at Hodeidah port.

However, burden-sharing agreements are complicated, because Yemen’s financial system is divided, with a central bank in Sanaa and one in Aden each printing its own currency. 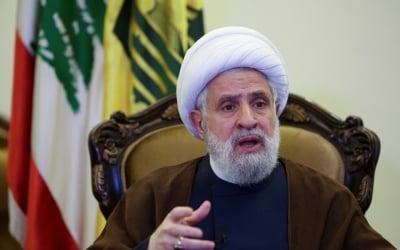 “The goal is to reach in principle agreements which can be deepened and worked out technically during the next truce,” the western official told MEE.

An agreement could also be reached on expanding flights from Sanaa. While flights to Amman have resumed, Egypt has allowed only one flight to Cairo and is requesting more security checks at the airport. A list of additional destinations is being floated, which officials tell MEE contains cities in the region currently reachable from Aden airport.

Even if the two sides reach an agreement extending the truce, few predict a breakthrough on a political settlement any time soon.

“The truce has developed confidence-building measures between actors that will probably never be able to reconcile,” Raiman al-Hamdani of the Yemen Policy Center, told MEE.

The UN says each side continues to send reinforcements to the front lines. Just last month the UK intercepted what it said was a shipment of Iranian missiles in the Gulf of Oman likely destined for Yemen.

If Saudi Arabia steps back from the conflict, Yemen would still be left with a disparate mix of armed rivals, including within the coalition. Groups like the secessionist Southern Transitional Council have fought both the Houthis and the government. Al-Qaeda has also stepped up its operations in south Yemen.

“There could be a long-term truce on cross-border attacks on the Saudis, but within Yemen we still have a long way to go,” Hamdani added. 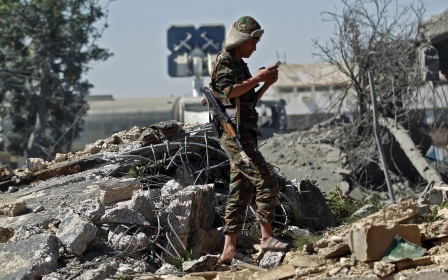 Yemen War
Is Yemen's war moving to a 'grudging acceptance' of the Houthis? 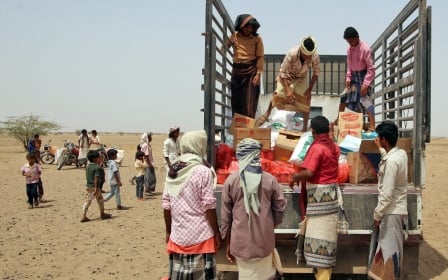 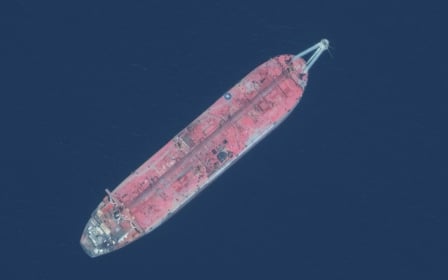