Ramadan is an occasion for giving, rejecting violence and pursuing peace, Trump said 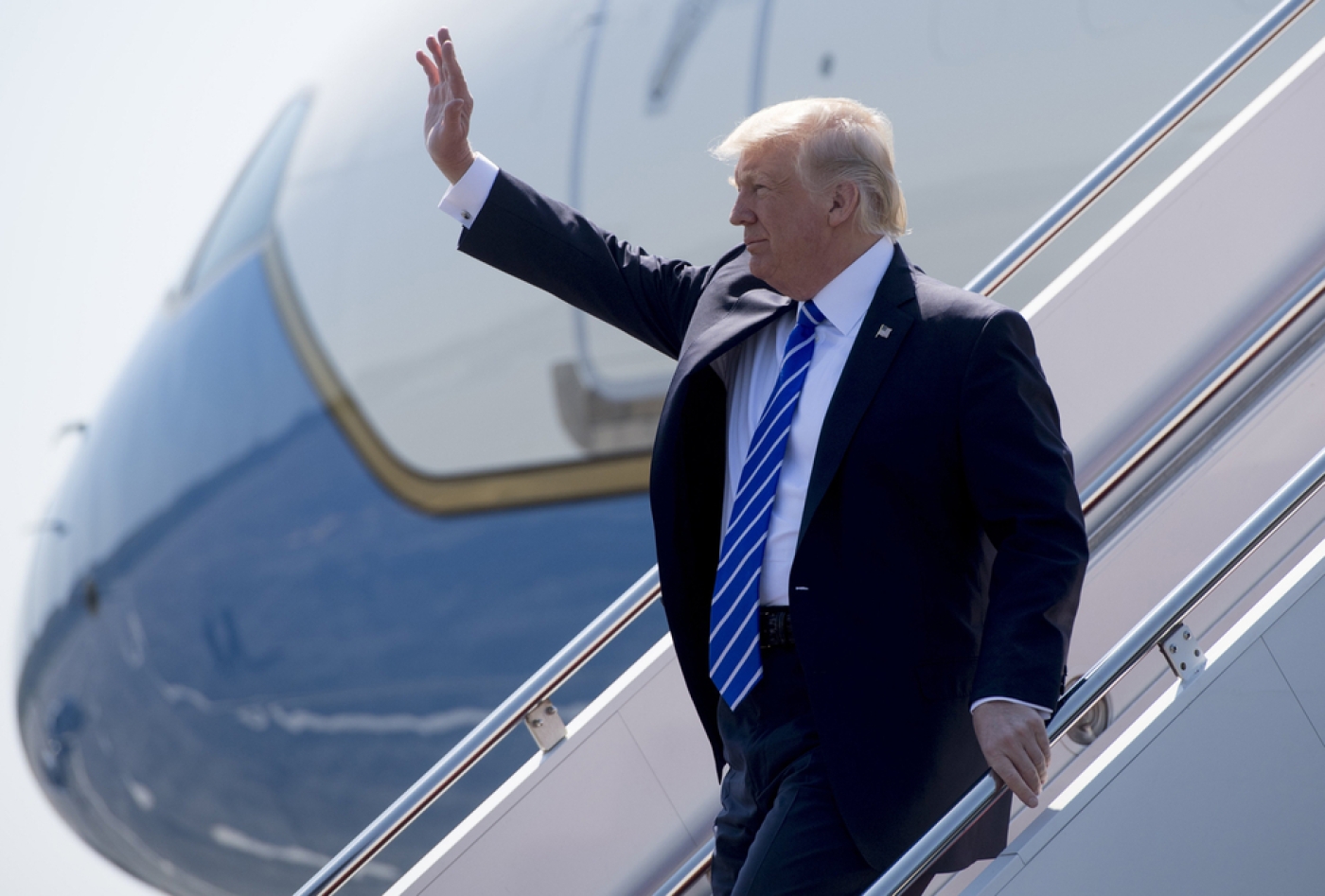 US President Donald Trump said on Friday he wishes "all Muslims a joyful Ramadan".

"At its core, the spirit of Ramadan strengthens awareness of our shared obligation to reject violence, to pursue peace, and to give to those in need who are suffering from poverty or conflict," Trump said.

He said the Muslim holy month this year starts as the world mourns "barbaric terrorist attacks" in England and Egypt, referring to the suicide bombing in Manchester on 22 May and the mass shooting against Christians south of Cairo on Friday.

Trump added that he met the leaders of 50 Muslim nations in Saudi Arabia, where he said he reiterated a message of partnership for the sake of peace.

"During this month of Ramadan, let us be resolved to spare no measure so that we may ensure that future generations will be free of this scourge and able to worship and commune in peace," the US president said.

Trump's statement comes after reports that US Secretary of State Rex Tillerson has declined a request to host an event to mark Ramadan, breaking with a bipartisan tradition in place with few exceptions for nearly 20 years.

Since 1999, Republican and Democratic secretaries of state have nearly always hosted either an iftar dinner to break the day's fast during Ramadan or a reception marking the Eid al-Fitr holiday at the end of the month, at the State Department.

Tillerson turned down a request from the State Department's Office of Religion and Global Affairs to host an Eid al-Fitr reception as part of Ramadan celebrations, said two US officials who declined to be identified because they were not authorised to speak publicly.

According to a 6 April memo seen by Reuters, the office, which typically initiates such events, recommended that Tillerson hold an Eid al-Fitr reception.

His rejection of the request suggests there are no plans this year for any high-profile Ramadan function at the State Department. The month of fasting and prayer for Muslims gets under way in many countries on Saturday.

Blind prayer in Gaza: How a Christian helps his friend to mosque every day
Read More »

When asked by Reuters to comment on Tillerson declining a request to host an Eid al-Fitr event in July for Ramadan, a State Department spokesperson said:

"We are still exploring possible options for observance of Eid al-Fitr, which marks the end of the month of Ramadan. US ambassadors are encouraged to celebrate Ramadan through a variety of activities, which are held annually at missions around the world."

Muslim activists have accused Trump's administration of having an unfriendly attitude towards Islam, encapsulated by its attempts to ban citizens of several Muslim-majority countries from entering the United States.

The administration says that while it strongly opposes militants, it has no quarrel with Islam.

If Tillerson avoids hosting one this year, that could send a message "that it is not as important to this administration to engage with Muslims," said former US diplomat Farah Pandith, who served in the Bush and Obama administrations and helped plan Ramadan events at the White House and State Department.

Tillerson issued a statement on Friday to mark the start of Ramadan, which he called "a month of reverence, generosity, and self-reflection".

"Most importantly, it is a cherished time for family and friends to gather and give charity to those who are less fortunate," he said.

Several prominent Muslim-American groups in the Washington area who are normally invited to the Ramadan event told Reuters this week that they had yet to receive an invitation from the State Department, which they said was unusual.

"If they're having one, we haven't been invited," said Rabiah Ahmed, spokeswoman for the Muslim Public Affairs Council in Washington. A representative for her group has been invited to the State Department event in the past, she said.