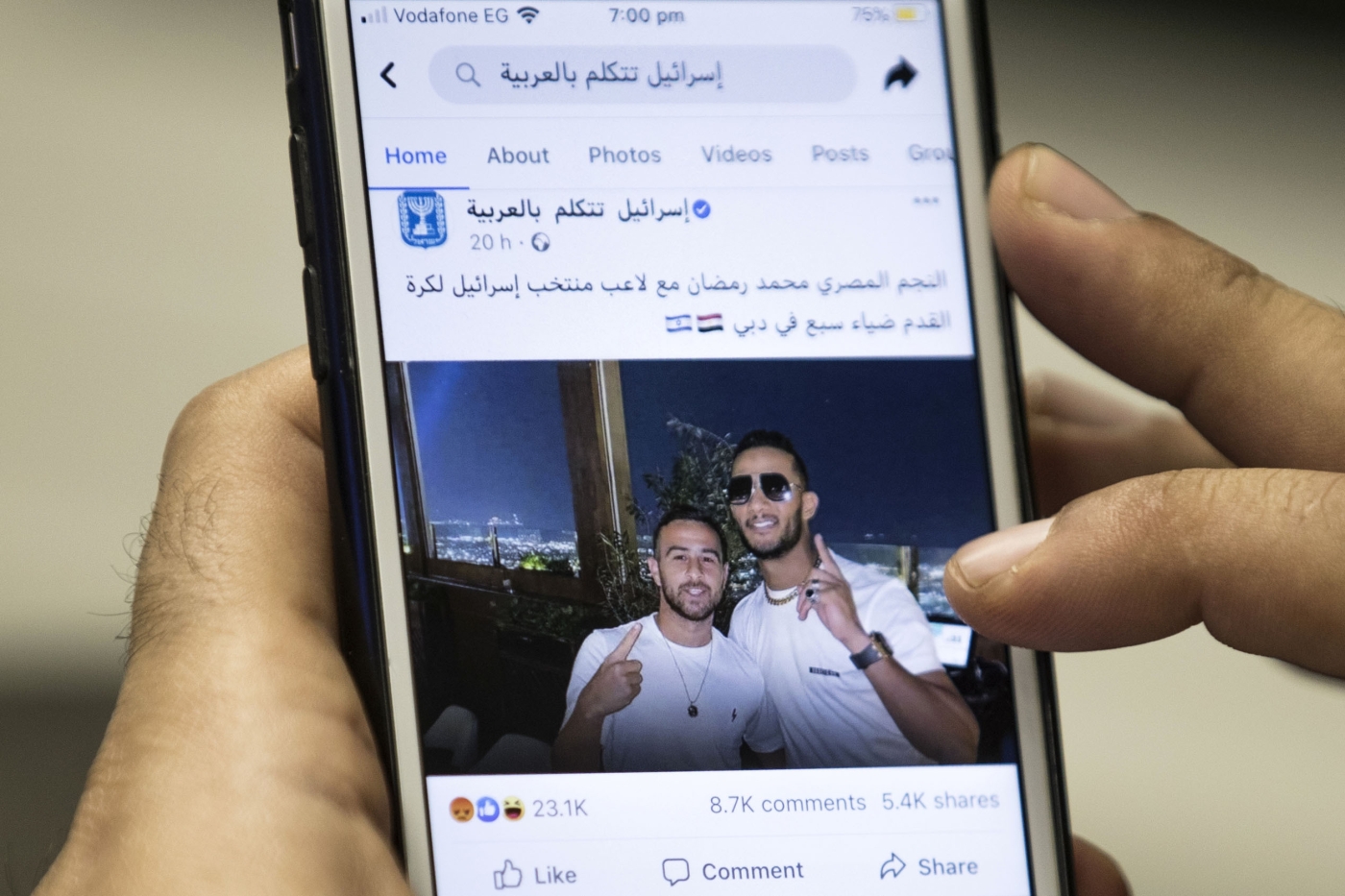 Egyptian singer Mohamed Ramadan was suspended by Egypt’s Union of Artistic Syndicates on Monday, following a photograph which surfaced of him posing with two Israeli celebrities in Dubai.

An Egyptian court will also hear a case against the prominent 32-year-old singer and actor, after a photograph of him with Israeli singer Omer Adam and Israeli footballer Dia Saba caused outrage online.

A lawyer filed a suit accusing Ramadan of "insulting the Egyptian people" with such images, which many online have called a betrayal of the Palestinian cause. The case will be heard in court on 19 December.

The Union of Artistic Syndicates also released a Facebook post earlier this week that stated that Ramadan's membership would be suspended until he was questioned in court. Ramadan released a statement on social media in response to the backlash he received.

“I respect the syndicate’s decision despite my explanation of my position on the subject of my photo with an Israeli. I didn’t know his nationality, and if I knew I would have refused filming,” he said in a statement posted on Instagram.

The deals broke a longstanding consensus among Arab states that diplomatic relations with Israel must be contingent on a resolution to the Israeli occupation of Palestinian lands and the establishment of an independent and sovereign Palestinian state.

A number of 0ther Arab states - including Saudi Arabia, which Israeli Prime Minister Benjamin Netanyahu reportedly visited earlier this week - are believed to be likely to follow suit and normalise diplomatic ties with Israel.

Egypt itself was the first Arab country to normalise ties with Israel in 1979.

Palestinian representative to the Arab League, Mohannad Aklouk, who had previously urged people on Instagram to start a hashtag against normalisation with Israel, expressed satisfaction at Ramadan's suspension from the union.

The #Egyptian Syndicate of Theatrical Professions endorses the suspension of #Mohamed_Ramadan's activities and open investigation with him on his picture with an #Israeli singer in #Dubai. Normalization is illusion. Thank you great people of #Egypt #تحيا_مصر https://t.co/AHioUJxjj9

However, the reaction to the case was not unanimous on social media. Some said they saw the photograph as a symbol of peace between the two countries, regardless of their political differences.

Nonsense!
Absolute disgrace!
It’s time to leave the history behind and look forward!
We owe it to ourselves & our region’s future...

Ramadan owes his fame in the Arab world to music, particularly his collaboration with Moroccan singer Saad Lamjarred - whose planned concert in Cairo was cancelled last month following a backlash over multiple rape charges - as well as his leading roles in Egyptian television dramas and films.

Last month, Israel's official Twitter account caused another controversy when it reported that Adam - the singer with whom Ramadan was photographed - had received a personal invitation from the royal family of the United Arab Emirates and visited a synagogue in Dubai during celebrations for the Jewish holiday of Simchat Torah.

In a video clip posted on the Twitter account at the time, the Israeli singer performed religious rituals in Hebrew at the Jewish temple in Dubai. 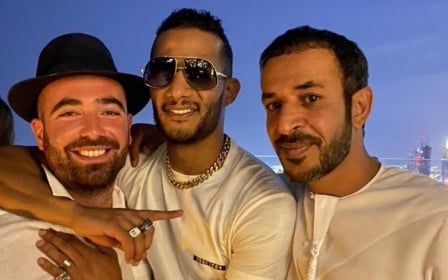 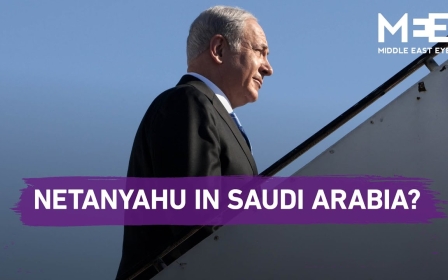