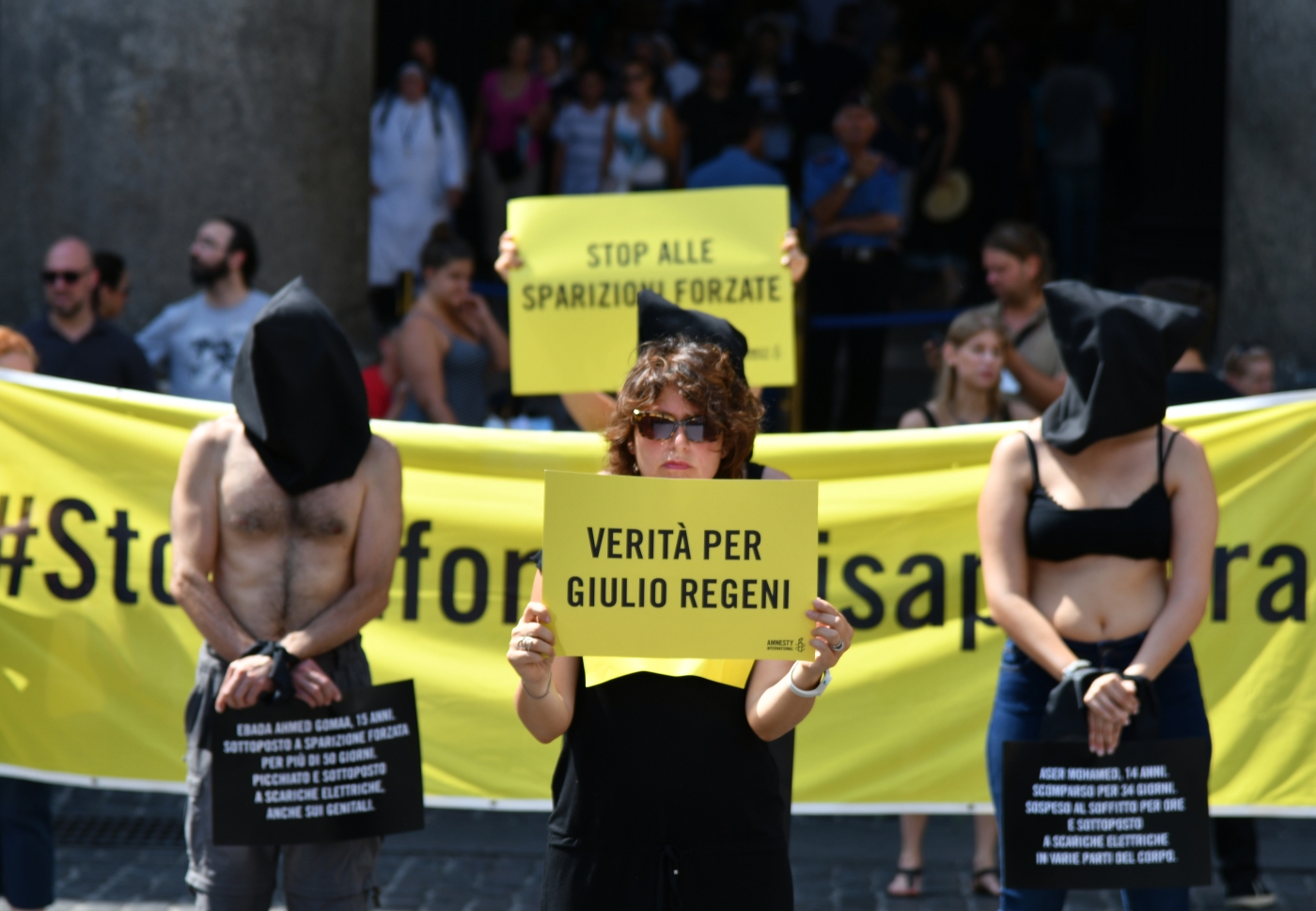 Regeni, a 28-year-old doctoral researcher at Britain's Cambridge University, disappeared in Cairo in January 2016 and his body was later discovered in February by the Cairo-Alexandria highway.

His body showed extensive marks of torture and the Egyptian security services have been suspected in the killing due to Regeni's research into trade union organising. In a new account of the killing, La Repubblica newspaper quoted a witness who overheard an Egyptian intelligence agent speaking about "the Italian guy".

The conversation about the tumultuous situation in Egypt in Arabic took place at a police convention in an unnamed African country in 2017 and was related to Italian prosecutors who have now asked Egyptian authorities for more information.

The Italian foreign ministry tweeted on Sunday that it "supports the Rome prosecutor's request for information, in the strong hope that it contributes to the path of justice for Giulio Regeni".

The unnamed eavesdropper learned the Egyptian's name when he exchanged business cards with a colleague, La Repubblica said.

He was one of five agents Italian prosecutors said in December last year they were investigating for involvement in the murder of Regeni, who disappeared on his way to a Cairo metro station on 25 January.

We thought he was an English spy, we picked him up, I went and after putting him in the car we had to beat him

"We thought he was an English spy, we picked him up, I went and after putting him in the car we had to beat him. I myself hit him several times in the face," the intelligence agent said, according to the Correre della Sera newspaper.

Italian prosecutors believe the new testimony is credible and have sent it along with other details to Egyptian prosecutors, requesting in particular the agent's whereabouts at the time of the overheard conversation in the summer of 2017.

Egypt has always denied suggestions that its security services were involved in the death of Regeni, who was researching trade unions, a sensitive subject in Egypt.

Frustrated at the slow pace of the probe, Italy withdrew its ambassador to Egypt in April 2016, but sent a new envoy to Cairo the following year.

Egyptian authorities initially suggested that Regeni died in a traffic accident, but later said he was killed by a criminal gang that was subsequently wiped out in a shootout with police.