In Egypt, a woman can be a minister who signs multi-billion dollar deals and yet be unable to legally travel abroad, contract her marriage or even approve life-saving surgery for a child she gave birth to without a male guardian’s prior consent, a leading feminist activist said criticising a draft law proposed recently by the government.

'The law simply calls off the rights women have acquired over decades of fighting, taking us more than 100 years backwards'

The draft law, leaked by the portal of daily independent Youm 7 newspaper, known for being loyal to the government of Abdel Fattah el-Sisi, was removed from the website hours later.

But it was already too late, as the bill had sent shock waves across the country after social media users had shared the 45-page text online to be picked up by media outlets shortly afterwards.

Feminist and human rights groups have been quick to issue several statements condemning their "exclusion" from the drafting process and describing the amendments as "archaic".

The government, meanwhile, has not denied the authenticity of the leaked document, which opponents say contradicts the principles of the Convention on the Elimination of All Forms of Discrimination against Women (CEDAW) that Egypt ratified in 1982.

The draft law seems confusing to many. Whereas some articles may sound favourable to women, legal experts argue that it strips women of their basic rights and gives men full authority over them.

One article, which stirred the outrage of women’s rights advocates, has to do with the legal right of a male guardian who can have the marriage of his sister, daughter or niece annulled within one year, provided that there is no pregnancy or childbirth, in case she marries someone her brother sees as incompetent or socially unequal, or if she gets married without his approval. 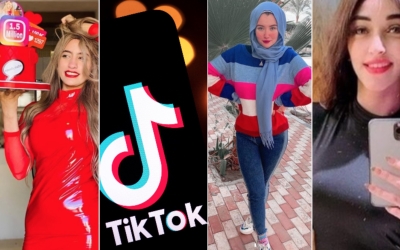 “A grown woman has the right to decide her destiny regardless of her status or education. She is not a toy in the hands of a man to control,” El-Saied argued.

Political sociologist Said Sadek could not agree more, describing the law as “a continuation of violence against women”.

“It’s a new form of legal oppression against women, which echoes the dominant patriarchal culture of the ruling class,” Sadek told MEE.

“It further shows that the recent political improvements in Egypt are fake. The fact that women have a quota in the parliament and a high presence in the government doesn’t seem to be reflected in social and political development in Egypt,” he added.

Another article indicates that a mother has no guardianship of her child with matters pertaining to healthcare, education, travel and the issuance of official papers, further denying her right to have her newborn registered on her own without the father’s presence.

“It’s as if the law is ending my very being as a mother. It’s a known fact that women in Egypt carry out most of the rules and responsibilities that have to do with their children. So how come they are not legally recognised as guardians?” a divorced woman told MEE on condition of anonymity.

Though it may seem like a means of limiting polygamy, the law includes an article stipulating that a man must officially inform his wife of his intention to marry another, otherwise he will be jailed and fined.

On the other hand, a maazoun (a legal registrar) will also be imprisoned and deposed if he registers the marriage of a married man who did not notify his other spouse beforehand.

“Such articles will likely open the door for the spread of extramarital affairs and unregistered ‘urfi’ [common-law] marriages in society, which already exist, and in turn, the loss of rights of women and children,” counselling psychologist Hanan Marzouk argued.

“Islam has stipulated special conditions for a man to marry more than one woman, and women have the right to reject it and ask for a divorce,” she added.

Islamic scholars are divided over the draft law. While preacher Khalid El-Gindi, known for being pro-government, hailed it on the TV programme he presents on the DMC private satellite channel, calling it “a reason to celebrate”, Ahmed Karima, professor of comparative jurisprudence at Azhar University argued that “it violated Islamic sharia law” and, hence, “is deemed unconstitutional”.

The second article of the Egyptian constitution dictates that “the principles of Islamic sharia law are the main source of legislation”.

“As per sharia, there is no penalty in the absence of a crime. At the same time, a man can’t be punished for doing what’s rightfully his,” Karima told national TV.

El-Saeid, the lawyer, begs to differ. “I’m for banning polygamy. The idea itself is demeaning to women. But since it’s hard to criminalise it, I suggest that the law organises it. Men have to prove their financial and physical competence to be able to marry another woman, but with the approval of his wife,” she argued.

One seemingly positive article is about the wife being offered an insurance policy upon marriage that she can benefit from in case the husband divorces her without her consent, a provision appreciated by some women, especially those who have no source of income and could suffer negative consequences after an unfair divorce. Yet the legislation detailed no mechanisms for applying it.

“An insurance policy may not be of real worth after the woman gets divorced as the value of the Egyptian pound declines over the years,” El-Saeid argued. “I’m for dividing the husband’s wealth upon divorce.”

According to the new draft law, any lawsuit to have a marriage ratified will be rejected in case the age of the wife or the husband is below 18 at the time of filing it. While the article may be interpreted as a way of ending the phenomenon of child marriage in Egypt, Marzouk argues that it is yet another article that will allow for the loss of women’s and children’s rights.

The bill stipulates that whoever facilitates a child marriage, whether it is a maazoun or a family member, will be fined and sentenced to prison as well.

It is quite common in rural areas and among poorer families to marry their children off at a young age.

“I don’t believe this article will make people stop having their minor children married. The phenomenon can be solved by awareness-raising rather than incrimination, while preserving, at the same time, the rights of wives and children born through child marriages,” Marzouk said.

Based on the draft law, verbal divorce can be counted with a single declaration by a husband, which again has raised controversy. According to Islamic law, a verbal divorce only counts in a case where a man is in his full senses at the time when he utters the phrase “I, hereby, divorce you” to his wife three times. If he declares it just once, only separation follows, which can be reversed.

Both President Sisi and Azhar have been at loggerheads in recent years after Sisi called on Azhar Grand Imam Ahmed El-Tayeb to enact legislation that calls off verbal divorce in order to lower the high divorce rates in Egypt.

Over the past few years, Sisi has further demanded that Azhar, as the highest Islamic institution in the region, adopt modern religious discourse, which has been met by the rejection of some Islamic scholars and the lenience of others. 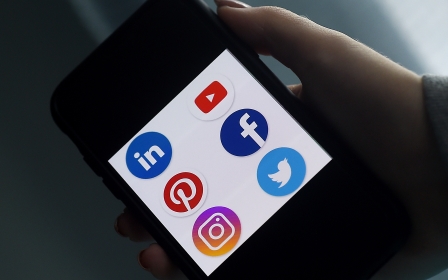