'Silent pandemic': How women in the Middle East and North Africa are threatened online 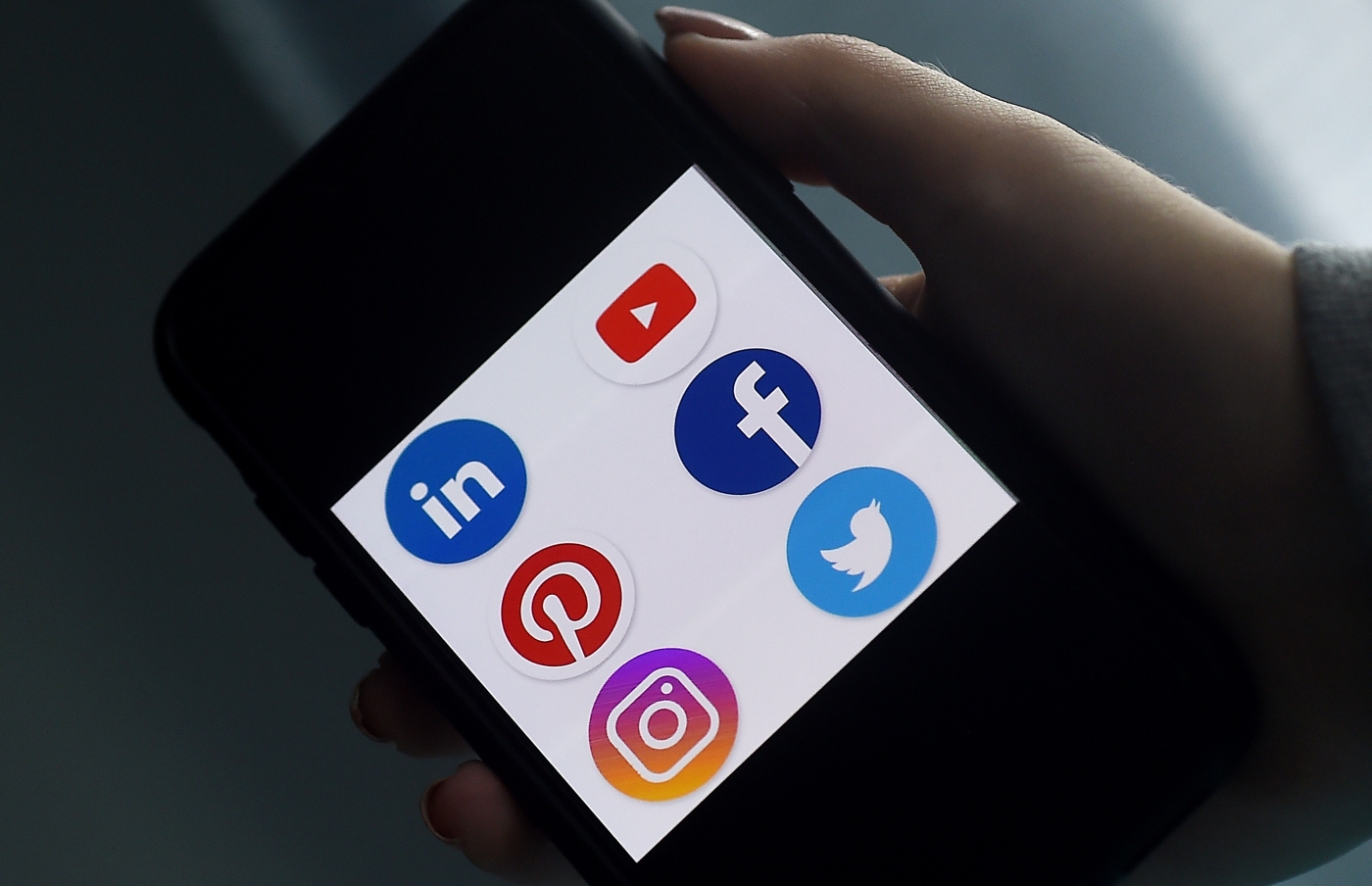 For years, the internet has been a hostile environment for women, with online gender-based violence, hacking, privacy violations and smear campaigns threatening their freedom of expression (AFP)
By
Yasmina Allouche

Women in the Middle East and North Africa (MENA) are facing increased harassment and abuse online as they continue to fight sexual harassment in the streets and domestic violence heightened by the stress of the coronavirus pandemic.

For years, the digital sphere has often proven to be a hostile environment for women across the globe, as many have dealt with hacking, privacy violations, online smear campaigns threatening their freedom of expression and increased gender-based violence. 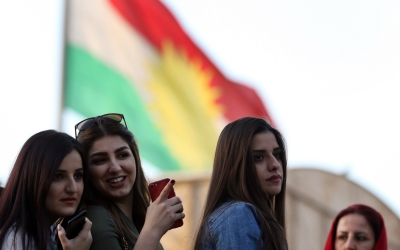 Alongside the surge of domestic violence globally following lockdown and quarantine measures, online abuse targeting women increased by 50 percent in March 2020 globally on major social media platforms such as Facebook, Twitter, Instagram, WhatsApp and YouTube, according to a report by Australia's eSafety Commissioner.

"The other side of the coin is that we are more exposed to violence online. Social media, in particular Facebook and Twitter in the Gulf, are the main platforms used by youth and women in the region."

Women activists and journalists in the MENA have often felt the brunt of online abuse in particular, with their work discredited through campaigns spreading false information online.

In May, Yemeni Nobel Peace Prize laureate Tawakkol Karman faced a targeted online smear campaign, which she described as “bullying”, from pro-Saudi and UAE accounts following her appointment to Facebook’s oversight board.

"Women are still generally reluctant to put their faces on social media, and in an age where there are so many fake accounts, this anonymity can impact their visibility and credibility," Marc Owen Jones, an assistant professor of Middle East studies at Qatar's Hamad bin Khalifa University, told Middle East Eye.

Though heightened this year, online abuse against women is certainly far from being a new phenomenon; the United Nation’s Human Rights Council (UNHRC) has previously highlighted it as one of the main contributing factors deepening the digital divide between men and women.

In many MENA countries, women have long protested the singling out of their online content for surveillance, which their male counterparts have mostly not been subjected to at the same degree. At times, posting content has proven devastatingly consequential for women. 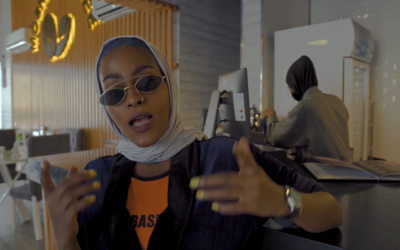 In September 2019, shock ripped through the Arab world after the final moments of 19-year-old Israa Ghrayeb, as she was beaten to death by her family members in the occupied West Bank, went viral on social media. Ghrayeb had been accused of “disrespecting the honour” of her family after uploading a picture online with her fiance.

Many Arab and Palestinian girls and women used the tragic occasion to express their fears of being potential victims as long as existing laws fail to protect them or to criminalise the men guilty of killings or abuse.

In Egypt, female influencers on TikTok, Instagram and YouTube have been arrested and charged with promoting debauchery and sex work for simply creating content. Last month, 17-year-old social media star Menna Abdelaziz was arrested and charged in Egypt after posting a video with a battered face claiming she had been beaten and raped by a fellow influencer.

“These are governments which do not have as much legal protections for women as it is,” Rothna Begum, a senior researcher at Human Right Watch’s women's rights division, told Middle East Eye.

“This is a region that has been lagging behind in terms of providing protections for women, and the pandemic and restrictions taking place in the MENA region have exacerbated those failures.”

According to a 2018 report by the Arab Centre for the Advancement of Social Media, one-third of young women surveyed said they had been subjected to violence and harassment online, including having their accounts hacked, having their personal details published, and receiving inappropriate pictures.

One in four of those attacked online also closed their social media accounts and 42.9 percent said they actively engage in self-censorship.

"As a result, women are engaging less online, when not just leaving the online space altogether," Ben Cheikh says. "In Yemen, for example, the vast majority of Facebook users are men. What is concerning especially now with the growing digitalisation of work, public affairs, and education is that women's voices will be heard even less, as the online space is unsafe and left by women."

A hostile environment of the digital sphere means that even when women are using it as a tool to share their experiences of abuse and to raise awareness around their struggles reporting it, they often are admonished for publicising “private matters”.

In recent years, there have been numerous online campaigns across the region including hashtags like #NotYourHabibti (Not your sweetheart) in Palestine, #EnaZeda (Me too) in Tunisia, #MeshAyb (No shame) in Lebanon, and #Ismaani (HearMe).

In Morocco, the Masaktach (I will not be silent) collective publishes dozens of victim testimonies daily in order to denounce “these aggressors who act with impunity, comforted by your silence".

One victim of abuse from Tunisia who spoke to MEE anonymously described how the abuse she experiences is an "everyday thing", including being assaulted whilst running and propositioned for sex whilst in a taxi.

"I'm really tired of not being able to just walk to the store or go for a run or anything without the fear of someone verbally or physically harassing me," she said. "I’m always looking over my shoulder and I flinch when someone gets close to me."

Social media can provide an opportunity for women to have a platform and advocate publicly for their rights, but so long as more isn't done to crack down on harassment and abuse, Jones says, to do so remains a constant risk.

'There is a long way to go to make it a safer space online. There is little accountability and misogynists, often supported by the state, can run riot'

"Social media spaces have given a space for advocacy for women, but there is so much misogynistic pushback, even if that pushback has nothing to do with people pressing for women's rights," he said.

"There is a long way to go to make it a safer space online. There is little accountability and misogynists, often supported by the state, can run riot."

At the crux of the problem is the failure of states to set measures in place that protect women and criminalise the abusers to prevent the cycle from continuing.

According to a study carried out by Princeton University, one in four women are likely to be subject to domestic violence in Yemen, Morocco, Egypt, Sudan, and Algeria, with most victims turning to a family member for support instead of seeking external help.

Under the coronavirus lockdown, domestic abuse increased significantly globally, and safe spaces for women outside the home were no longer accessible, leaving them extremely vulnerable in their abusive environments.

In April, UN Secretary-General Antonio Guterres called for urgent action to fight violence against women during the Covid-19 lockdowns.

In Turkey for example, violence against women increased by 28 percent in the first weeks of lockdown, with the number of those killed rising to 81 according to police data released in May.

A study by the World Bank has also shown that MENA countries have the lowest number of laws protecting women from domestic violence in the world.

“MENA governments have done little to nothing to counteract or to put any measures in place over this [quarantine] time,” Begum says. “Apart from Tunisia, no government in the Middle East has really come out with adequate measures or campaigned at the fact domestic violence is on the increase.

"There isn't a sense of a political will on the part of these governments, who on the one hand want to be seen fighting the pandemic but, what is now being termed the 'silent pandemic' - the abuse of women in their homes - is going unchecked.” 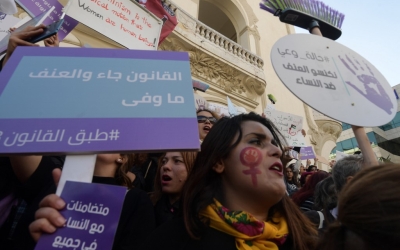 Tunisia passed a law in 2017 criminalising all forms of violence against women, including prosecuting online abuse and harassment against women, but court cases have been few.

The late blogger and human rights defender Lina Ben Mhenni, who died earlier this year after a battle with chronic illness, had been subjected to numerous online attacks and death threats for her work, with those behind the abuse never arrested.

It comes as no surprise then that digital spaces have become an extension of the daily hostile realities women in many MENA countries face, with much of the abuse experienced online going completely unreported.

In 2019, for example, only one in 10 Moroccan women reported online gender-based violence to authorities. Although Morocco's government passed Law 103-13 criminalising harassment and violence against women in 2018, women's organisations see the legislation as inadequate in ensuring the protection of assault victims.

Similarly, Egypt criminalised sexual harassment in 2014, but rights groups say the law is rarely put into action. According to the UN, an estimated 99 percent of women in Egypt have been subjected to some form of sexual harassment at some point in their lives.

The long road ahead

Another issue is also how many women are not aware of existing laws and their rights and so end up failing to report the abuse, making the true numbers of abuses online difficult to ascertain - an issue applicable to the numbers of those suffering from physical abuse. In Algeria, for example, rights groups and protection associations are left in the dark in regards to statistics on femicide cases, due to the fact that security services have not released numbers of murders of women since 2013.

Women also hold little trust in the police to handle their complaints properly and proactively, and so avoid the humiliation they believe they will be subjected to at the police station, preferring instead to deal with it within their intimate circle - which often means the issue gets buried.

“The horror of the whole thing is when some of these restrictions are lifted, we will find out who was able to survive, what people went through, and it's going to be a very dire situation,” Begum believes.

Whilst social media has come a long way in the MENA, particularly after the Arab Spring in 2011 where it proved instrumental, more needs to be done to enable the digital spaces available are safe spaces for all, particularly when so many spaces in society still exclude women, say activists.

“It's not just about making sure there are levels of protection available for women, but a wholesale attitude and legal change needs to be made to change laws that currently sanction and criminalise perfectly normal behaviour on the part of women," Begum says.

“There needs to be gender-responsive training on the parts of judges, the police, and other enforcers... in order to change how officials are responding to complaints.” 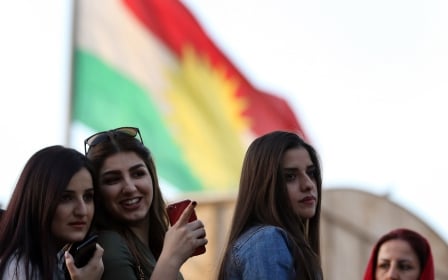