CAIRO - Mohamed Fadl, 44, sat in front of his butcher shop in the northern Giza suburb of Imbaba waiting for a customer to step in to buy meat.

“For days, we have not received a single buyer,” Fadl told Anadolu Agency.

He said the demand for meat has declined due to ongoing campaigns calling for a boycott of butchers as a result of soaring meat prices.

Meat prices have risen in Egypt ahead of Eid al-Adha, a key Islamic festival which sees a major increase in meat consumption.

Market prices for meat range between $9.60 and $19.20 per kilogram. Fadl, who sells a kilo of red meat for $11.50, blamed the high prices on rising costs of cattle and imported feed.

“We already buy the living cattle at high prices, which eventually makes meat prices higher for customers,” he claimed.

At the same time, the agency said it expects the consumption of red meat in Egypt to increase to 1,340 tons in 2018.

The average consumption per capita is expected to decrease from 15.2 to 14.6 kilos per year, according to the statistics agency.

Customers, however, accuse the butchers of raising meat prices.

“Butchers are very greedy. They only want to collect money at the expense of the poor,” Marwa Ahmed, 36, a mother of three, told Anadolu Agency.

On Twitter, a hashtag which translates as “Let’s Forget about Meat” went viral in Egypt, with many users voicing support for the initiative.

One Twitter user said, “I support this campaign and I hope it spreads across Egypt.” Another user said that “this campaign is a good step to tackle the soaring meat prices".

Organisers of the campaign say the drive aims to raise public awareness and force the butchers to bring down prices ahead of Eid al-Adha on 24 September.

Mohamed Gad, one of the organisers, said the campaign also aims to put pressure on local authorities to intervene for lower prices.

The initiative has already won support from several celebrities and TV anchors in Egypt. A local governor has also thrown his weight behind the campaign.

The liberal April 6 Youth Movement, which has more than 900,000 Twitter followers, also came out in support of the campaign.

But Gomaa al-Hedeq, a Cairo-based butcher, played down the impact of local campaigns on the demand for meat ahead of the Islamic festival.

“Meat prices will remain high despite these boycott campaigns,” he said.

He argued that butchers will not be able to lower prices since “this will mean that their lives will be ruined".

Hedeq, 46, said local production does not meet local demand for meat, saying that the country imports almost 60 percent of its needs.

“The authorities turn a blind eye to businessmen who buy meat from aboard at low prices and sell them at the local market at higher prices,” he said. “They do nothing but accuse the butchers of being responsible for the crisis.”

To meet the growing demand for meat, Egyptian authorities import thousands of cattle from neighboring countries such as Sudan and Ethiopia.

Local authorities also sell meat at lower prices at outlets run by the country’s powerful army. But for Ahmed, the government measures are not enough.

“The authorities need to do more to control the meat market,” she said. “Egyptian authorities seem to be only preoccupied by fighting ‘terrorism’, while leaving us to fall prey to greedy butchers.” 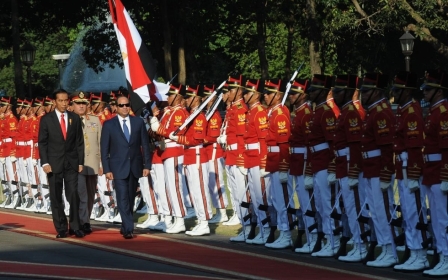 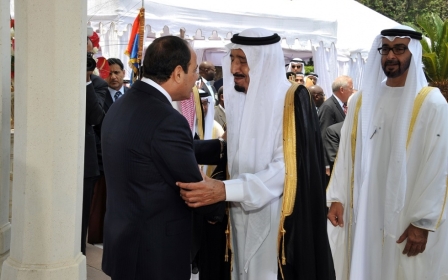