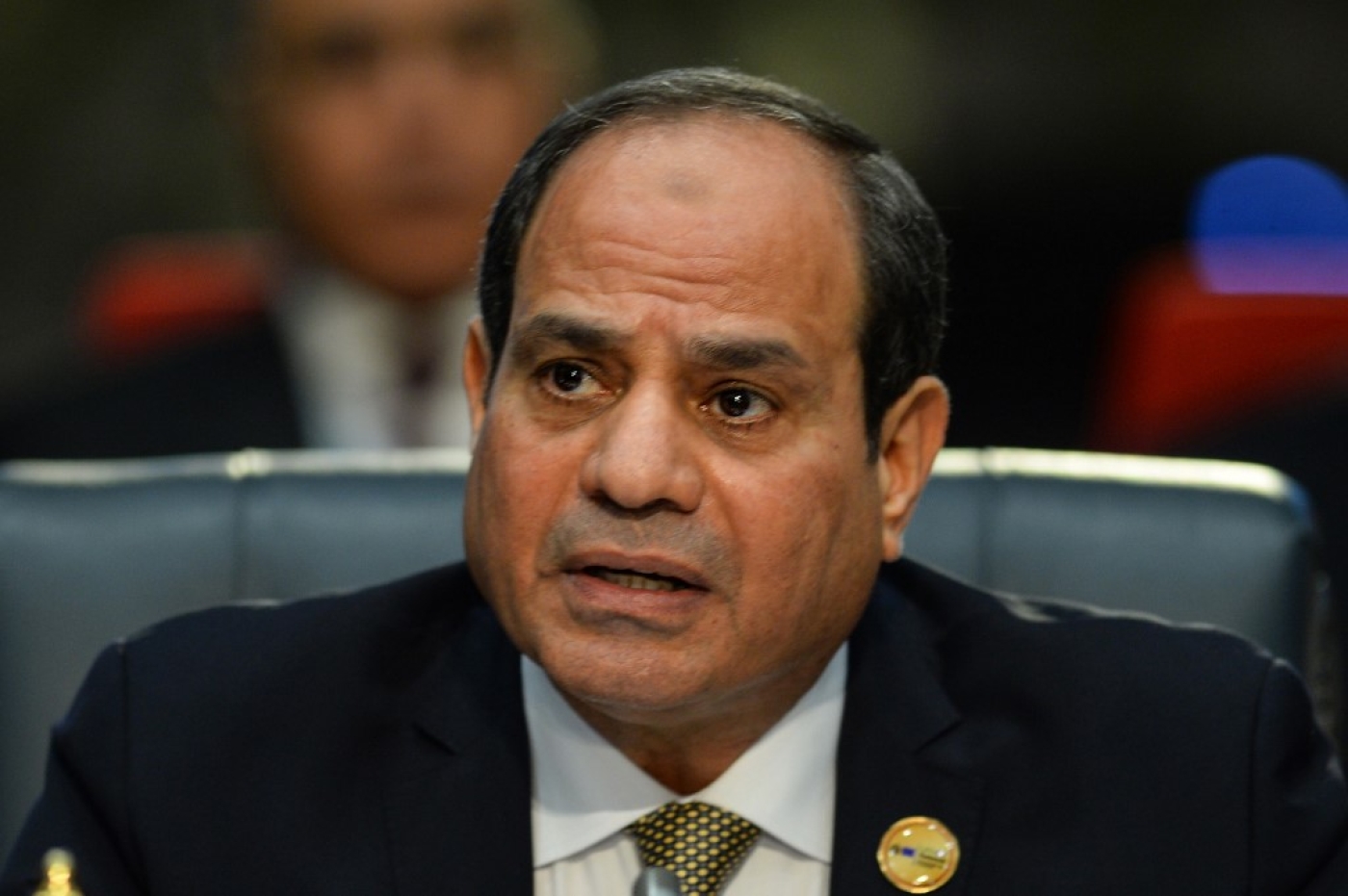 Over 200 European lawmakers sent a letter to Egypt’s President Abdel Fattah el-Sisi on Wednesday, publicly denouncing his government’s continued human rights abuses as a threat to the country's security and stability.

The letter, a copy of which was sent to Middle East Eye, also urged Sisi to release human rights defenders who are held in pre-trial detention, particularly with the health risks associated with the Covid-19 pandemic.

'Continuing to hold prisoners of conscience undermines not only our shared interests, but the bedrock of our shared relations'

"Our respective countries have long shared partnership with Egypt based on mutual interests and values. Ensuring fundamental rights and freedoms as enshrined in the Egyptian constitution and the international human rights treaties to which we are all signatory is essential to this partnership," the letter read.

"Continuing to hold prisoners of conscience undermines not only our shared interests, but the bedrock of our shared relations."

The letter added that "violations of human rights are neither necessary nor productive for establishing security and stability".

Detainees named in the letter include political activist Ramy Shaath, whose French wife Celine Lebrun-Shaath has been lobbying the international community to pressure Egypt to release him.

"This letter is significant because for the first time, lawmakers from different parliaments, from countries with strategic relations with Egypt, are coming together in unprecedented numbers to urge Egypt to release prisoners of conscience,” Lebrun-Shaath told Middle East Eye.

The letter is signed by 222 lawmakers from the European parliament and seven European national parliaments - including France, Germany and Italy, all key allies of Egypt.

Sixty-five French MPs, including Mireille Clapot and Marguerite Deprez-Audebert, were among the leading signatories.

The mobilisation is primarily driven by the European parliament, under the leadership of France's Mounir Satouri, the parliament's standing rapporteur on Egypt, and Belgium's Marie Arena, chair of the human rights subcommittee. Eighty-two other MEPs signed the letter, including Italy's Fabio Massimo Castaldo, one of the parliament's vice-presidents, and Portugal's Isabel Santos, chair of the delegation for relations with Mashreq countries.

The European letter comes two days after more than 50 US Democratic lawmakers sent a similar message to Sisi, urging him to release human rights activists, lawyers, journalists and other prisoners of conscience "before their unjust imprisonments become death sentences in the face of massive Covid outbreaks".

The legislators' warning to Sisi came two weeks before the US elections in November. President Donald Trump, who has formed a close alliance with Sisi, is trailing in the polls to Democrat Joe Biden.

'We hope that the Egyptian government will heed the calls of its allies, from lawmakers and international institutions and release Ramy and the thousands of others soon,'

Sisi, in office since 2014, has been accused by international rights groups of presiding over the country’s worst crackdown on human rights in its modern history.

According to the Geneva-based Committee for Justice, which tracks deaths in Egyptian prisons, almost 1,000 prisoners have died in custody mainly due to medical negligence since July 2013, when Sisi ousted his democratically elected predecessor Mohamed Morsi in a military coup.

Ramy Shaath, according to his wife, is held in an overcrowded 25-metre-square cell with about 15 cellmates. His pre-trial detention has been renewed 18 times in 15 months despite lack of evidence. He has been barred from family visits for the past five months, and has spoken with his wife only twice in more than a year.

“We hope that the Egyptian government will heed the calls of its allies, from lawmakers and international institutions, and release Ramy and the thousands of others soon," Lebrun-Shaath told MEE.