Five takeaways from the Lebanese elections

Lebanon faced its first parliamentary election in nine years. But what changed - and what stayed the same? 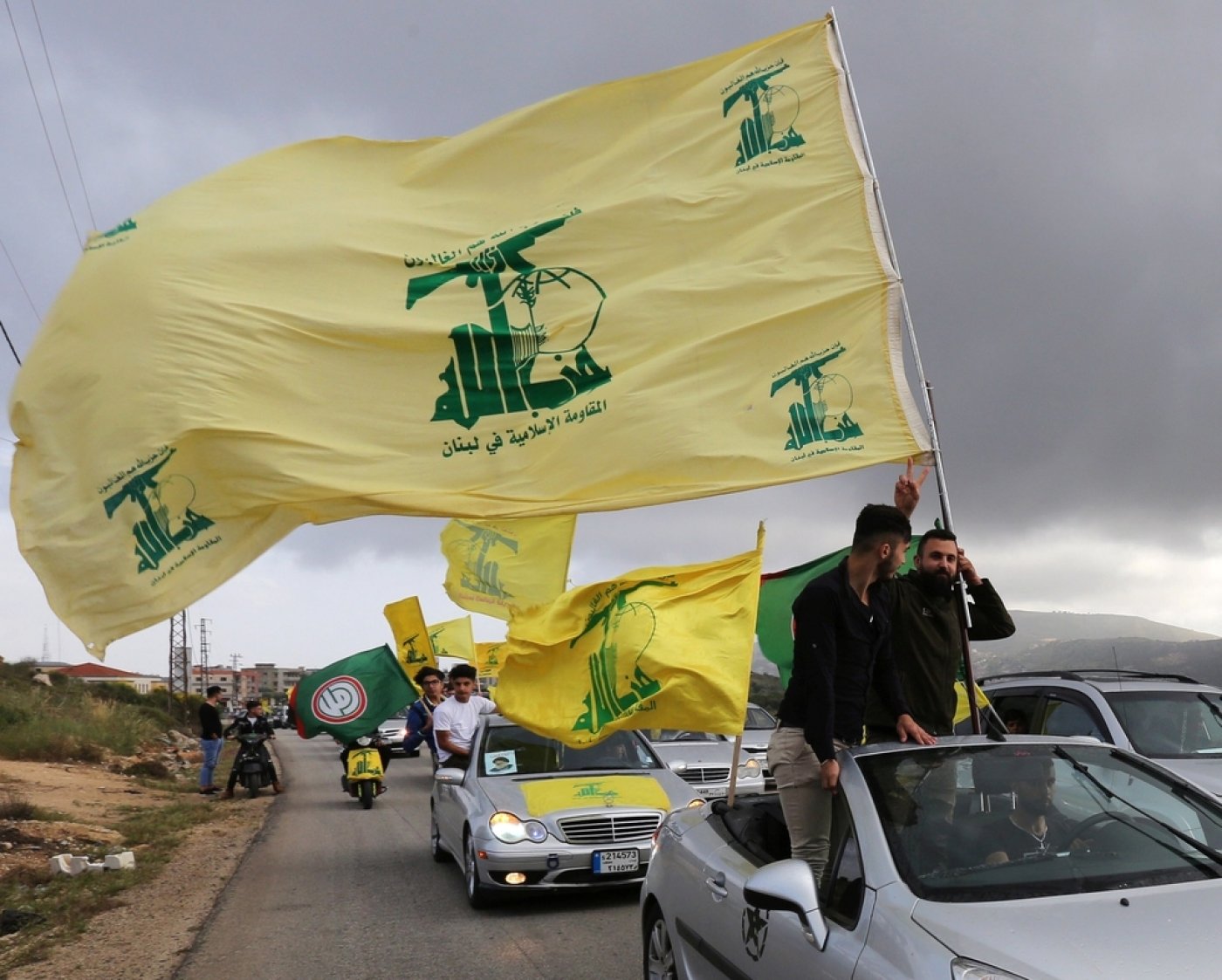 BEIRUT - Lebanon's parliament and political system have not been radically changed by Sunday's election. Preliminary results show the re-election of dozens of incumbents. New faces are sparse and old politics have prevailed once more.

Nonetheless, some traditional political forces have faced setbacks, while others have declared victory.

The introduction of proportional voting was bound to hurt dominant political forces that enjoy exclusive representation of their sectarian base. Not Hezbollah.

On Monday, the group's leader Hassan Nasrallah spoke of a big political and electoral victory for the "Resistance," saying that Hezbollah proved wrong any doubts about the support that it enjoys within its base.

The group's Shia bloc emerged from the election unscratched. Shia dissent against Hezbollah and its allies in the Amal Movement in the south was so negligible that opposing lists failed to reach the election threshold.

Besides retaining Shia representation in full, Hezbollah was able to expand its base in parliament, picking up seats for Sunni and Christian allies in Beirut and the Western Beqaa Valley.

"Hezbollah is the biggest winner in this election," Kassem Kassir, a journalist and the author of the book

He added that the party and its direct allies will end up with a 50 MP bloc, not counting President Michel Aoun's lawmakers. That will give them a decisive role in forming the government and naming the prime minister.

Several pro-Damascus politicians who had lost power after Syrian troops' withdrawal from the country are back in parliament thanks to Hezbollah's support. They include former deputy parliament speaker Elie Frezli and ex-defence minister Abdel Rahim Mrad.

Hezbollah and its Iranian backers are bracing for a possible confrontation with Israel in Syria, amid increasingly hostile rhetoric from Washington.

Prime Minister Saad Hariri's Future Movement lost seats in several districts where it was previously unchallenged. The party is expected to shed about a third of its share of parliament - currently at 29 MPs.

Hezbollah and its allies took four seats in west Beirut, and independent billionaire businessman Fouad Makhzoumi got elected as well.

In Tripoli, the Future Movement lost five of the district's 11 seats to Sunni rivals - ex-prime minister Najib Mikati picked up four while Faisal Karameh, a former minister and the heir of a political dynasty in the north, was able to make it into parliament.

Hariri is no longer the unquestionable leader of Sunnis. This new delegated status will create an opportunity for challengers for the premiership. It will also allow Hezbollah to sideline Hariri without appearing to suppress the entire Sunni sect.

Kassir said election results will force Hariri to continue to compromise with Hezbollah, in a trend that began when he agreed to electing the group's ally Aoun as president in 2015. The deal allowed Hariri to return as prime minister.

The Future Movement intensified its verbal attacks against Hezbollah during the campaign, but Kassir expects Hariri to be more "realistic" about confronting the Shia group going forward.

"He has no option but to continue with the settlement," Kassir said of the prime minister.

Right-wing Christian group, the Lebanese Forces (LF), is expected to expand its presence in the parliament from eight to 15 MPs, making it a major force in Christian politics.

The group, which operated as a brutal militia in the 1975-1990 civil war, was banned during the Syrian control of Lebanon until 2005. LF leader Samir Geagea was jailed from 1994 to 2005 after being accused of wartime assassinations.

Geagea has been denounced as a war criminal by his rivals. His supporters argue that he was unfairly demonised because of his opposition to Syria's presence in Lebanon, while other warlords went on to occupy the highest positions in the state.

"The Lebanese Forces have emerged as a mainstream force," Jawad Adra, the founder of Information International analysis firm, told MEE.

He said Geagea can say that he has won all the seats without much help from allies and solidify his legitimacy as a politician away from his wartime past.

With Aoun in the presidential palace, his Free Patriotic Party (FPM) looked to at least maintain its large bloc in parliament in support of the presidency.

But the FPM is set to lose a few of its 27 seats. Gebran Bassil, foreign minister, Aoun's son-in-law and FPM president, made it into parliament after two unsuccessful attempts in 2005 and 2009.

Still, the FPM dropped seats in Mount Lebanon and the North, mostly because of proportional representation, and now it has to deal with stronger opposition from Geagea, who was vying for the presidency himself.

Independent candidates across Lebanon tried to challenge established political parties on Sunday, but they were unsuccessful.

Reeling against sectarianism, patronage and corruption, activists made a stance against the system while working within its boundaries via the election.

In almost every district, fresh faces offered an alternative to the paradigm driven by sectarianism and geopolitics.

Their message was only heard in the mostly Christian Beirut 1 district, where journalist Paula Yacoubian, an independent candidate with the Kollouna Watani slate, made it to the parliament.

Late on Sunday, several Lebanese outlets had reported that another Kollouna Watani candidate Joumana Haddad was elected in Beirut 1, but a recount on Monday ruled her out.

Hundreds of Haddad's supporters gathered in front of the Interior Ministry in Beirut on Monday to denounce the results.

Demonstrators chanted against Interior Minister Nouhad Machnouk, who oversaw the elections, calling him a thug.

The impromptu protest showed activists' ability to still mobilise on the street despite the setback of the election.

Still, one or even two lawmakers will have a hard time mounting a meaningful opposition in parliament.

While the discrepancy in resources between political parties and independent candidates is huge, the truth remains that electors overwhelmingly stuck to traditional political allegiances in most places.

Nariman Chamaa, Kollouna Watani candidate in Tripoli, blamed "election money" for the result, saying that politicians were buying votes all day across the northern city.

"When money is being spent without any limits, the state was using all of its authority and resources to get its candidates re-elected," Chamaa told MEE.

The interior minister Machnouk has hailed the election a "democratic festival".

Despite political and sectarian tensions, the new voting system and the fact that the country had not voted in nearly a decade, Machnouk said there were no major clashes to halt or interrupt the process.

There were a few reports of heated arguments and voting violations, but election day was largely peaceful. In a country where politics and violence often intersect, this itself is an accomplishment, authorities said.

In a press conference early on Monday, Machnouk said all problems were swiftly addressed when brought to the attention of the ministry.

Nasrallah also dubbed the election an "accomplishment," praising the government and President Aoun for its success.

Adra said the election was indeed a success for the political system, pointing out that a political regime built on sectarian allocations was able to get large segments of the population who reject it to nonetheless participate in it. 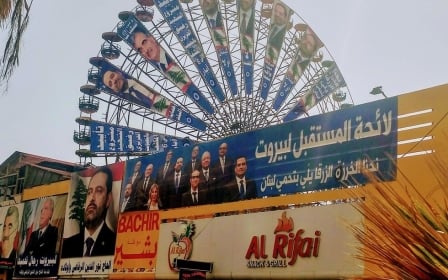