By force or forgery: How settlers claim Palestinian homes

On their Hebron doorstep, one Palestinian family fears their home - like many others - could be taken from them by settlers 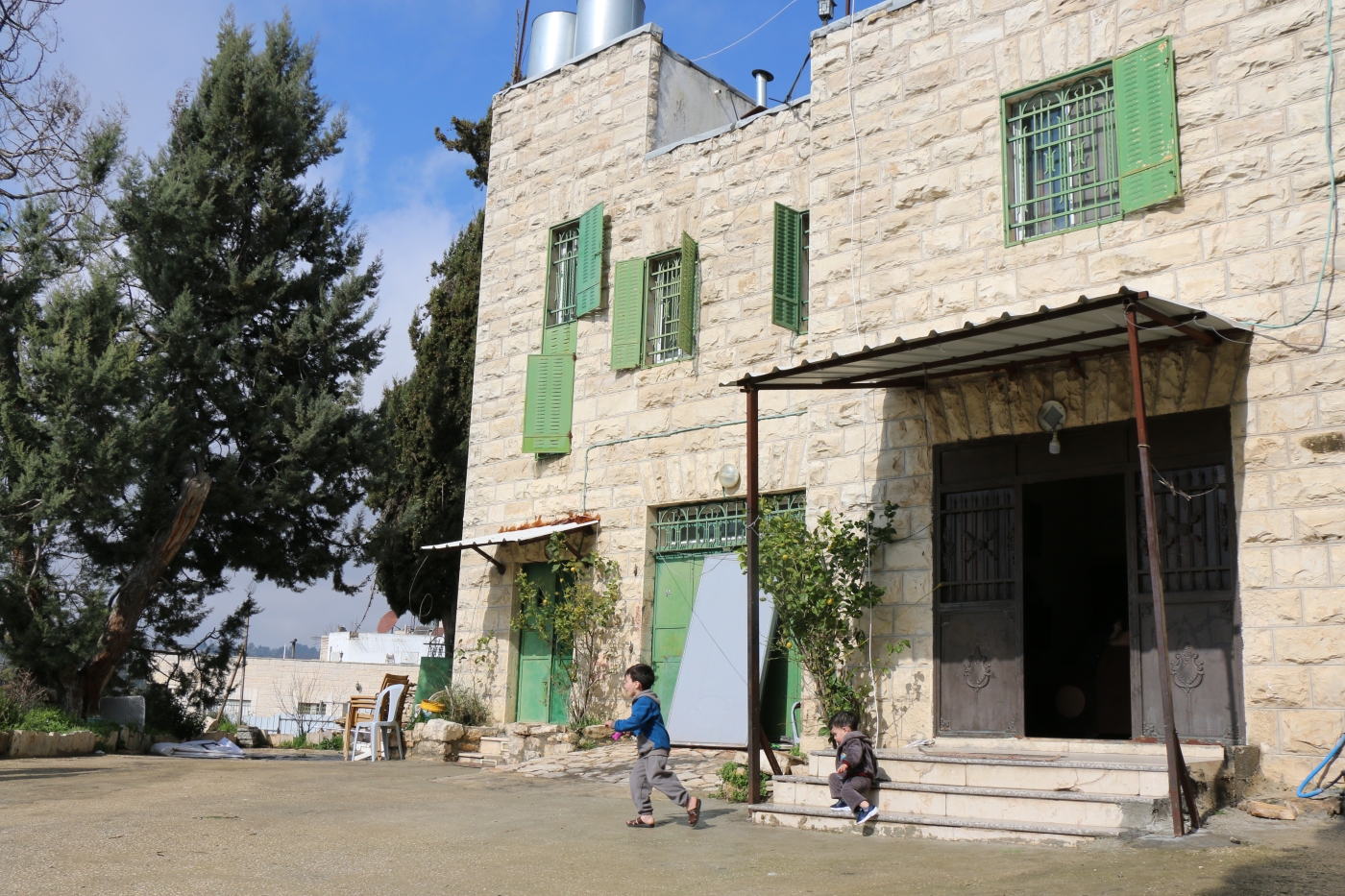 The traces of a black eye are still visible on Abdel Qader Abu Srour’s face as he takes his medication with his morning coffee.

The father of two is tired. After four days in custody, he has just been released from an Israeli prison. “They kept me in solitary confinement for the first two days in a freezing cell with no blankets, nothing hot to drink, and no medical care,” he tells Middle East Eye.

Abu Srour, 27, was arrested on 7 February after being badly beaten by Israeli soldiers outside his family home in the southern occupied West Bank district of Hebron. They were escorting a group of Israeli settlers who claimed Abu Srour’s home was, in fact, their own.

'They want our house, so now they will do anything to get it'

“One of the settlers, the leader of the group, said that our house belonged to them and that we had to leave,” Abu Srour, who said more than ten soldiers and three heavily armed settlers had arrived at his home.

“When I told him that this house is ours and we have the papers to prove it, he started threatening me, saying we had 10 days to leave the house and if we didn’t he would destroy it while we were still inside.

“More than five soldiers beat, kicked me, and hit me with their rifles, all while the settlers egged them on,” he said. The soldiers also threw sound bombs and tear gas canisters at his mother and fired pepper spray at him at point blank range.

“All of this because the settlers told them to,” he says. “They want our house, so now they will do anything to get it.”

The Abu Srour family now find themselves embroiled in a dispute they fear they will lose, despite having papers proving ownership of their house. Theirs is one of many cases of individual settlers and their organisations falsely staking claims to property - and using forged documents, state backing and intimidation to ensure they are successful.

Evidence of the success of such attempts can be found just metres from the Abu Srour family’s home where Beit al-Baraka, a former church, now stands. The church compound once served as a tuberculosis hospital. Three years ago, it became part of the nearby Israeli settlement bloc, Gush Etzion.

There were several steps to the compound being transferred into settler hands. Its first owners, a Presbyterian church group, fell into financial difficulties and sold it in 2010 to a Swedish company called Scandinavian Seamen Holy Land Enterprises.

The firm claimed it planned to restore the church and return it to its original operations. But, unknown to the sellers, the man behind the newly founded firm was a Norwegian Christian by the name of Gro Faye-Hansen Wenske, a supporter of Israeli  settlements.

When Scandinavian Seamen Holy Land Enterprises announced it was going out of business in 2012, it sold the property to an American organisation controlled by pro-settler US businessman Irving Moskowitz. By 2016, the compound was officially registered as part of the Israeli settlement bloc, Gush Etzion.

The Abu Srour home was built by the same missionaries that built the compound, and was home to the head of the hospital. While the Abu Srour family bought the house in 1990 - and have Palestinian, Israeli and American documents to prove it - they now fear that settlers may use backdoor methods or even forgery to claim the home, just as they “deceived” their way to Beit Baraka years ago.

The settlers claiming the Abu Srour family home have not yet presented any documents supporting their case.

Intimidation, falsified documents, and backdoor methods are standard practice in land deals in the occupied territory, according to reports in recent years. A 2016 investigation by Israel’s Channel 10 found that 14 out of 15 land acquisitions from Palestinians by the pro-settler Amana firm were forged.

A Haaretz follow-up to the investigation detailed the processes that settler firms used to acquire land. Whenever the state sought to evacuate illegal outposts in the Ramallah area, representatives from Al-Watan - a company run by pro-settlement activist Ze’ev Hever and owned by Amana - would announce they had purchased the local lands from their Palestinian owners.

In fact, Palestinians acting on behalf of Al-Watan had used forged documents, claiming to be the real landowners, and bought the properties, then transferred them to Amana, Haaretz reported. Hever is a convicted terrorist.

Abdel Rahman Saleh, 71, the former mayor of the Ramallah-area village of Silwad, told MEE that companies like Al-Watan and the Holy Land Company, which he regards as fake firms run by Palestinians, Jordanians and Israelis, pay up to 60,000 Jordanian Dinars ($84,626) for each dunam of land, compared to the market rate of around 2,000 Dinars ($2,820).

“These companies deny buying property for the settlers, but they have a history of purchasing land in East Jerusalem through the same means,” he said.

According to Saleh, settler organisations work hand in hand with Israel’s Shin Bet to forge documents used in land purchases.

“The settlers go to the Israeli intelligence, which helps them collect data on the land, its owners, their ID numbers, details to the deeds,” Saleh said. “So they take all of these details and make fake papers using our information to make it look as if we sold the land to them.”

Saleh has decades of experience under his belt in dealing with Israeli settlers and false land purchases. During his tenure as Silwad’s mayor, he fought a lengthy legal battle on behalf of residents whose lands were purchased using forged documents, and transferred to settlers from the illegal Amona outpost.

“In 1996, through the Holy Land company, settlers from Amona used forged documents to confiscate more than 2,000 dunums of land privately owned by residents of Silwad, Ein Yabrud, and Taybeh,” Saleh said. “We filed a case in court and finally in 2014, the state ruled to kick out the settlers on the basis that the documents were forged.”

Yesh Din, an Israeli NGO that assisted the residents of Silwad in their legal battle, said that behind Amona's illegal construction was "an entire mechanism dedicated to expelling Palestinians from their land, with the help of local councils, the Amana organisation, the IDF, the Yesha Council, the Settlement Division, politicians and government ministries".

In 2017, Amona was evacuated, which was "a huge victory for Silwad and the surrounding villages, who also got some of their land back,” Saleh said.

Representatives of Amana and Al-Watan could not be reached for comment.

While the evacuation of Amona was an unusual victory, the fight is far from over.

In December 2018, settlers returned to the land of their former outpost and erected two prefab homes, claiming they had just bought the land from its Palestinian owners.

Still, the Palestinians who own the land continue to be prevented from cultivating it and, in addition to fighting for access to it, also face suspicion from their community over the Israeli claim to their lands.

“These cases cause so much discord within the communities, because people start to doubt their neighbours and wonder: ‘Did they really sell their land, sell our homeland, to the settlers?’” Saleh said.

“It can take years, decades as you have seen, to set the record straight. And in the meantime, people can get ostracised and excommunicated if the community thinks that they sold their lands to the Israelis.”

'They have the whole system on their side'

Just south of Gush Etzion, Abu Srour and his family fear they could be facing a similarly drawn-out battle to remain on their land. While settlers and soldiers are now using intimidation and violence to stake their claim, he worries that backdoor routes and fraud used to purchase other property could be put to use in the attempt to takeover his house.

“We know that we were meticulous in our purchase of this house, and made sure to leave no loopholes for something like this to happen,” he said.

Five months before the settlers arrived with the soldiers in February, he said that the man he regards as the head of the group of settlers - who he thinks is a former intelligence officer - called him to say he wanted to buy the house.

He said he would pay anything for it. Abu Srour refused the offer.

“There was some fear at the time that if the settlers managed to deceive their way into buying Beit al-Baraka, they could forge some documents and try to claim our house along with it,” Abu Srour says.

“When they want something, they will exhaust every means - legal and illegal - to take the land from the Palestinians." 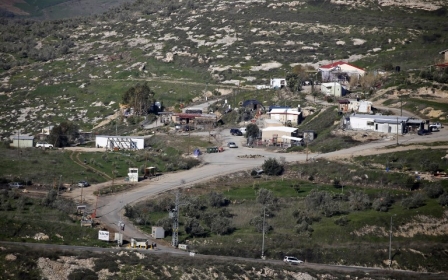 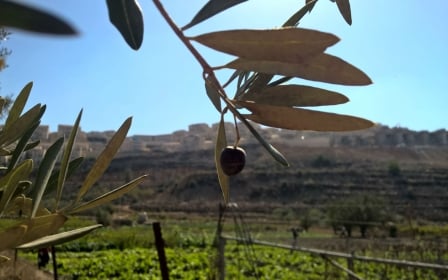 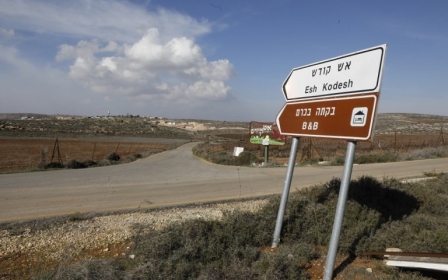