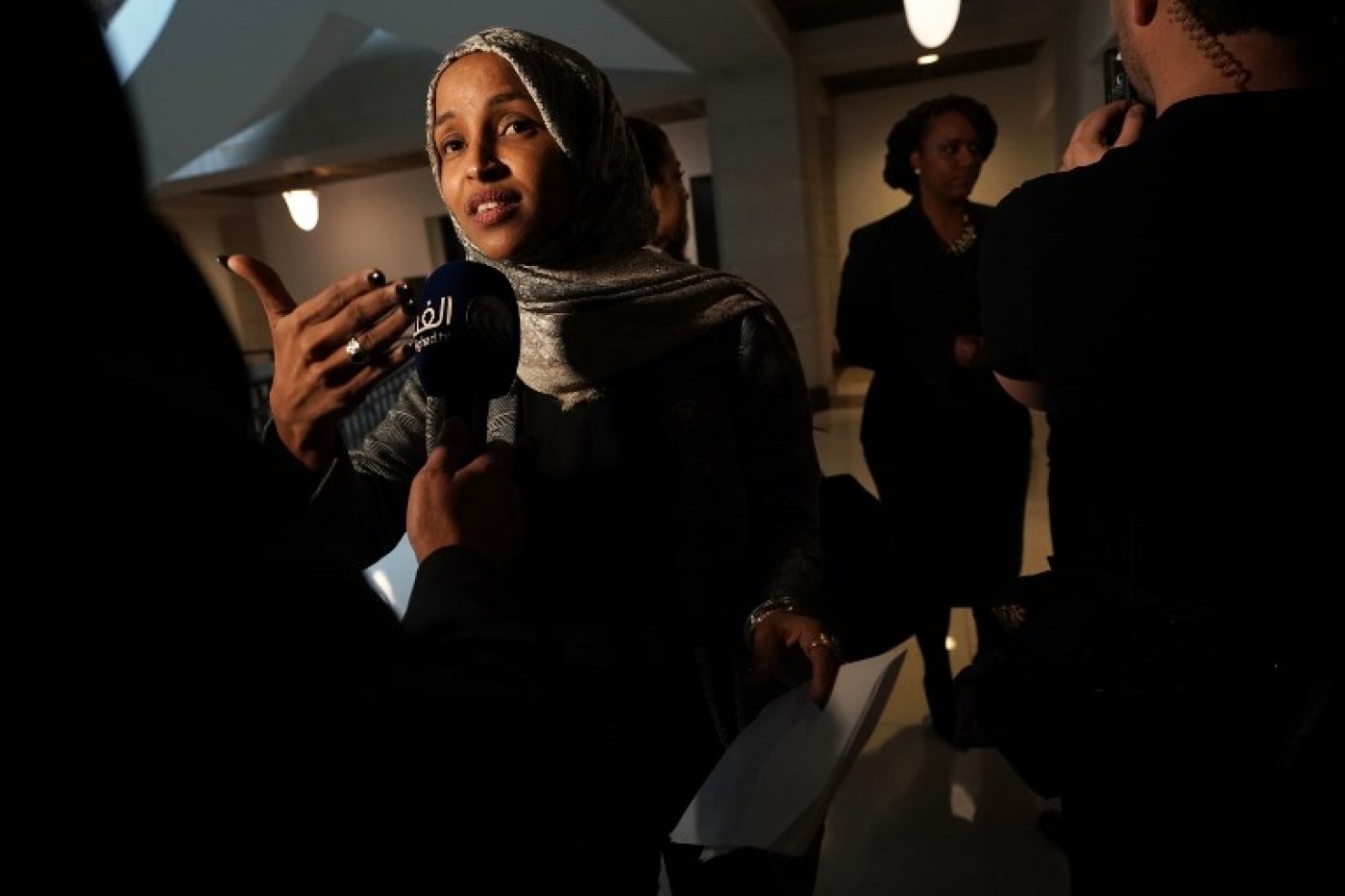 Fox News has condemned recent comments by host Jeannine Pirro about US Democratic Congresswoman Ilhan Omar, which prompted accusations of racism and Islamophobia, as well as calls for Pirro to resign, over the weekend.

Pirro, host of the Fox News show "Justice with Judge Jeannine", on Saturday said the fact Omar wears a headscarf (hijab) may mean she doesn't support the US Constitution.

"We strongly condemn Jeanine Pirro's comments about Rep. Ilhan Omar," the US cable news network said, as reported by The Hill. "They do not reflect those of the network and we have addressed the matter with her directly."

On Monday, Omar herself thanked the network for its statement.

"Thank you, @FoxNews. No one's commitment to our constitution should be questioned because of their faith or country of birth," she wrote on Twitter.

Thank you, @FoxNews. No one’s commitment to our constitution should be questioned because of their faith or country of birth. https://t.co/haqm7NWRw0

Pirro's segment on Omar came after days of controversy over the congresswoman's criticism of Israel and questions she raised about the influence exerted by pro-Israel lobby groups on US politics.

Omar faced several days of attacks from US journalists, commentators, pro-Israel groups and others, including members of her own Democratic Party, who accused her of anti-Semitism.

Jewish- and Muslim-American activists came to her defence, however, saying Omar never said anything anti-Semitic.

"In a time of rampant Islamophobia and anti-black racism coming from the halls of power, [the] Democratic leadership ... needs to be standing with black Americans and not scapegoating them," said Rabbi Alissa Wise, deputy director of Jewish Voice for Peace, during a rally last week.

On her show on Saturday, Pirro said Omar did not get her "anti-Israel sentiment" from the Democratic Party.

"Think about this, she's not getting this anti-Israel sentiment doctrine from the Democrat Party, so if it's not rooted in the party, where is she getting it from? Think about it. Omar wears a hijab, which according to the Quran 33:59 tells women to cover so they won't get molested," she said in the segment.

The Council on American-Islamic Relations (CAIR) on Sunday called for Pirro to be fired.

"Such an open and un-American expression of religious bigotry should be rejected by any media outlet seeking even a modicum of credibility," said the group's national executive director, Nihad Awad, in a statement.

"Jeanine Pirro should be fired, and Fox News should apologise to its viewing audience."

In a statement of her own, responding to the criticism, Pirro said she "did not call Rep. Omar un-American".

"My intention was to ask a question and start a debate, but of course because one is Muslim does not mean you don't support the Constitution," she said, as reported by US media outlets.