The besieged Gaza Strip’s only power plant shut down on Tuesday due to a shortage of fuel, less than a week after Israel suspended shipments and closed the Kerem Shalom crossing.

The move comes amid rising tensions and Israeli air strikes against the enclave for the seventh day in a row.

Last Wednesday, Israel imposed restrictions on the Palestinian enclave, in what it said was a response to the launching of incendiary balloons that caused bush fires in southern Israel.

Gaza relies on Israel for most of its energy needs, receiving six hours of electricity a day followed by a 10-hour power cut.

Following Israel’s ban on fuel imports, the power supply in Gaza has been operating for three or four hours, followed by 15 hours of blackouts. 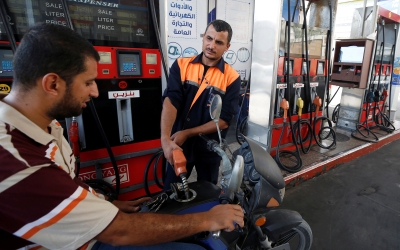 Gaza homes and businesses rely on generators to make up for the lengthy power cuts, increasing the financial pressure on its largely impoverished population.

Officials in Gaza said the power plant’s closure would cause disruptions at vital facilities such as hospitals, which are also equipped with generators.

“Power cuts in hospitals in the Gaza Strip will have dangerous repercussions on the lives of premature babies in nurseries, intensive care patients, kidney failure, surgeries and caesarean deliveries,” said the Palestinian Ministry of Health in Gaza.

Since early August, water service providers in Gaza have been working on a reduced operation of facilities by 20 percent, due to the decreased power supply.

This has had an impact on the operations of waste-water treatment plants and it is undermining proper hygiene practices, according to the United Nations Office for the Coordination of Humanitarian Affairs (OCHA).

“I am not sure how I will be able to overcome this situation. It was already suffocating before and it is just getting worse every day,” Gaza resident Doha Ahmed told Middle East Eye.

“I suffer severe asthma attacks and my health is deteriorating due to the hot weather and the lack of ventilation as a result of continuous power cuts,” she added.

“Doctors keep telling me that I have to stay in places that are air-conditioned to reduce the possibilities of asthma attacks, but with four hours of electricity a day, I am not sure I can survive this,” Ahmed added.

Gaza’s power plant needs around 500MW (megawatts) of electricity to provide sufficient power to its two million residents. Only 180MW were available before Israel halted the import of 120MW.

“The power outage will most significantly impact the quality of health and sanitation services. Drinking water supply will be interrupted for long periods and the power shortage will result in untreated sewage water being pumped into sea,” the Gaza-based Palestinian Centre for Human Rights said in a statement.

Gaza’s economy will suffer huge losses as work is suspended in industrial, commercial and agricultural facilities that depend on electricity to function, the human rights organisation added in the statement.

Tensions in the Gaza Strip have been escalating as Israel struck several places across the coastal enclave in the early hours of Tuesday morning, for the seventh day in a row. Salma Mohammed, a 27-year-old mother from Gaza City, says the continued attacks have caused her son to suffer panic attacks at night.

“My son is four years old and he does not know what bombing means, but he has been bedwetting and waking up terrified to sounds of heavy explosions for the past few days,” she told MEE.

“I have to keep his room's light on when he goes to sleep because he is afraid of darkness and loud noises. But now that we started to receive only four hours of electricity a day, I really do not know what I can do,” Mohammed said.

“The electricity crisis in Gaza has been causing us problems. Even when there are no bombings or attacks, we have to suffer in some way,” she added.

Since 2007, the Gaza Strip has been under a crippling Israeli-led blockade that has deprived its people of vital commodities including food, fuel and medicine. 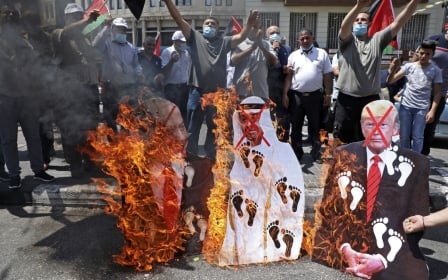