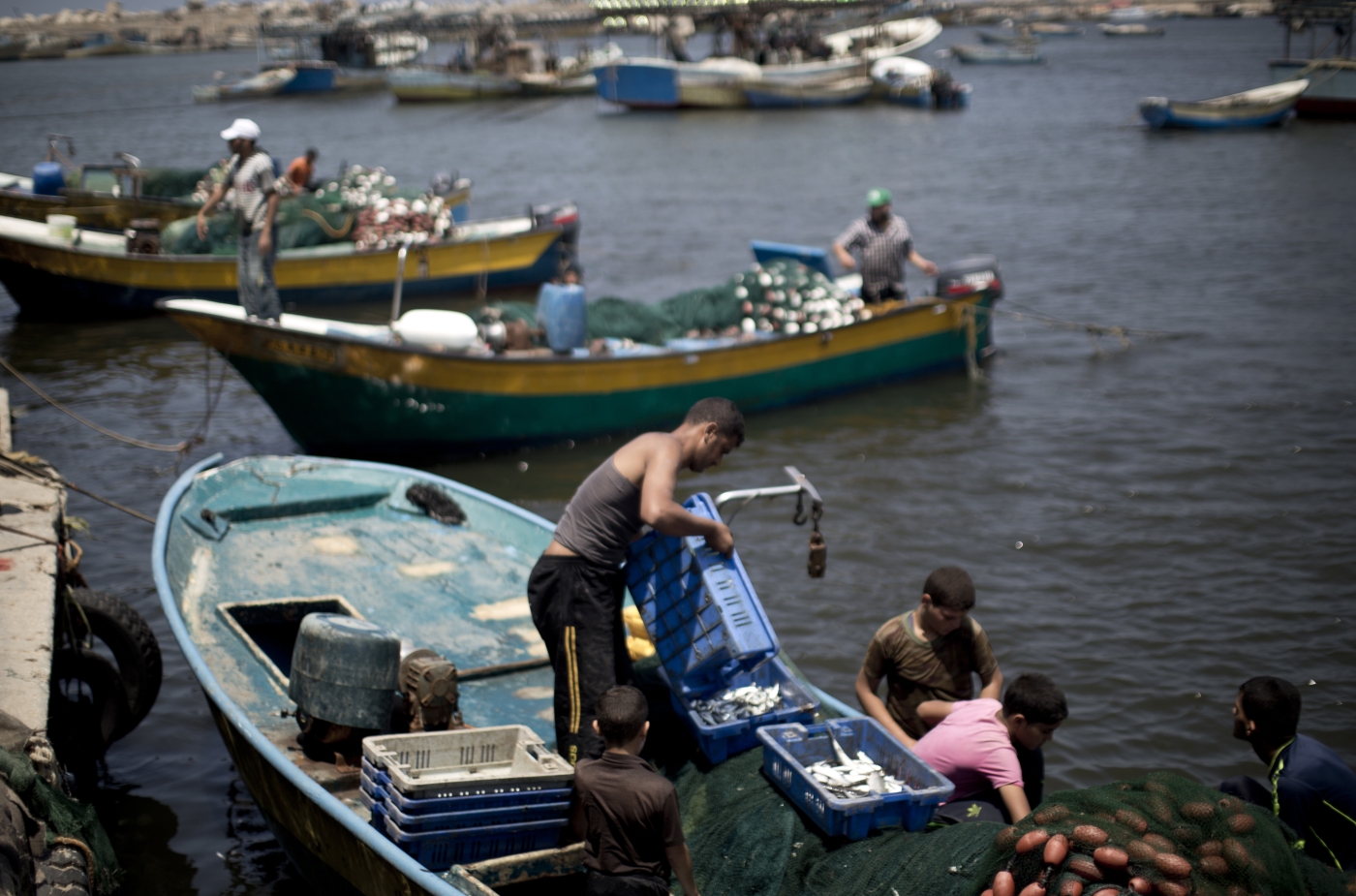 Al-Essi is not alone in this legacy and there are several families living in Shati refugee camp in northern Gaza that share the same family fishing tradition.

“I never thought of changing it. My great grandparents were all fishermen,” he said as a smile appeared on his face, prompted by memories of his grandparents’ tales of Jaffa - the family’s ancestral home before the creation of Israel.

It’s memories like this that keep Essi coming back to his boat, day after day, despite the prospect of facing heavy bombardments by Israeli warships. Every day since the latest war started on 7 July, he has come to check on his equipment and make sure that his nets and boats survived.

A few times he got news that his friends had lost their boats to Israeli attacks, but he was spared and his boat and livelihood outlasted the 50-day military operation.

When the ceasefire was announced on Tuesday, Essi could not wait to get back to his boat. As morning broke on Thursday, he took all his relatives down to the shore with one mission in mind - today, after years of being confined to a three nautical mile stretch, him and Gaza’s fleet of fishermen would now float out to the new six-mile barrier - a key term agreed in the latest ceasefire.

Despite the possible dangers, the whole family cheered al-Essi on, urging him to be the first one to sail out and test the new boundary.

Three miles may not seem like much, but when 1.8 million people have been overfishing the same three-mile stretch of coast, even this limited expansion could prove the difference between life and death.

The waters are “virtually fished out,” said al-Essi, as he prepared his boat for the new adventure.

As a father of four, including two daughters, Essi rarely stops talking about his large family of 27, including all his grandchildren. They are his pride and joy, but such a large family also means extra pressure to get back out there and start fishing immediately.

Al-Essi lost much of his equipment in an Israeli strike several weeks ago, but his boats and net survived. This means al-Essi now has to tend his remaining equipment even more diligently and fish even harder to make up the shortfall.

But doing so will not be easy. Before the war, the boat had 12 people working on it, and about 70 people living from its proceeds.

The high price of fuel, however, which skyrocketed under the Israeli blockade, forced al-Essi to take out a loan. He then had to take out another loan to keep up with the first.

“I had to take a bank loan in order to pay other loans” he said.

He now has to pay off $200 every month. While he previously managed to cover his debt, this time he cannot pay. After seven weeks of not working, al-Essi is bankrupt, his savings used up on feeding his family during the war.

Nor does the new fishing boudaries extension provide much reprieve.

“Even at six nautical miles, the area is virtually fished-out,” said al-Essi, sharing his experience after ceasefire deal was reached in 2012, where Palestinian factions and Israel agreed it would increase to six miles.

There could also be security risks, and no one really knows how Israel will react, or whether it will decide to hit back at Gaza’s fishermen. Even fishing within the old three-mile limit, venturing out was risky. Kamal Abu Watfi, a friend of Essi’s son Subhi claims he was shot at by Israeli marines not all that long ago and then arrested. He was later released but his boat was never returned.

Fishermen, like many Gaza residents, have struggled under the Israeli blockade and the latest war with Israel.

“This is not a war, it is a holocaust, which I have never known before,” said al-Essi.

“We have seen many wars but Gaza has never known it as bad as this. I lost my fishing gear in the war, my fisherman’s room was burned completely, but thanks to Allah, the children are still alive.”

Others too, said they had all their equipment destroyed.

When Israeli F16 missiles hit the fishing wharf in Gaza City on 27 July, the damage was beyond belief, Merhrez Abu Ryala, 37, another fisherman said.

“I lost all my equipment, all my fishing nets and my boat engine,” Abu-Ryala said.

As a father of 10, him and his brothers feed 53 family members from their proceeds from their boat.

“This is our life, and we’ve suffered around $45,000 in damages,” Abu-Ryala said as he inspected the ruined boats.

This is “economic terrorism” by Israel. “This was a war to wreck Gaza’s economy totally,” he added.

All the family can do now is sit and wait for a miracle in a land that has not seen much luck in recent decades, Abu-Ryala explains.

Fishing is all he has ever done since he was 10 years old and Abu-Ryala insists he can’t imagine doing anything else.

His wife Basma has offered to sell her earrings and wedding band, so that the family could try to start again, but it is no use.

“I want to begin again, but no one sells these motors, they are all on Israel’s banned-goods list,” Abu-Ryala explained.

Things were not always like this. Israel first restricted access back in 1994 when the PA was formed, but even then fishermen felt bold enough to stray out as far as 10 nautical miles, especially when escorted by international activists.

“We could get lots of fish. At one stage, this boat was filled with fish and no room for more,” al-Essi said. “We would catch Red Mullet, Evelan Ripple, Round Sardinella, Atlantic Sting, Aramtan Blue, Albacore Tuna, Seas Bass, Sea Bream, Farida and Shrimp.”

He now calls this “the golden days”, when Israeli gunboats would not shoot at fishermen because of the international presence.

When President Mohammed Morsi came to power in Egypt in 2012, however, Essi claims that Gaza saw its second, albeit brief, golden age.

“We could escape Israeli gunfire by crossing the Egyptian maritime border, and go beyond 20 nautical miles,” Essi said. “There he could fish as much as he liked.”

If you ask al-Essi, the solution would be simple. He does not call for any big concessions or fresh borders, all he asks for is a 12 mile window off the strip.

“At 12 miles or more, we can catch a large variety of fish,” he said. “It is our water and sea, and we should fish in it, and not have Israeli fishermen fishing with Israeli warships following behind.

“But to do this we need boats. A fisherman without his boat is useless.” 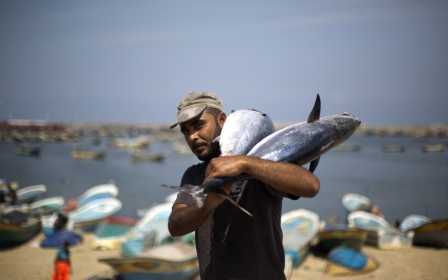 Gaza Under Attack
Video: Gaza's fishermen return to sea during the ceasefire 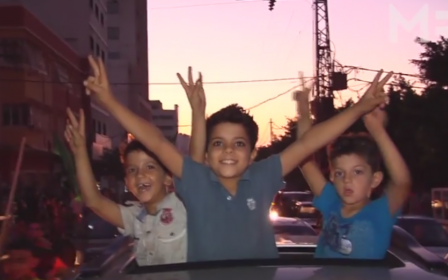