Misconduct by Fresenius occurred in 13 countries, US Justice Department says Fresenius has 2,400 US locations and is publicly traded on NASDAQ stock exchange (AFP/File photo)
By
MEE staff

A German medical-care company has been bribing public health officials in countries around the world, including Saudi Arabia, Morocco and Turkey, and has agreed to pay $231m in fines for its misconduct, the US government said.

Fresenius Medical Care was found in violation of the Foreign Corrupt Practices Act, which makes it illegal for US-based companies to bribe foreign officials, the US Department of Justice said on Friday.

The firm, which specialises in dialysis and kidney care, has more than 2,400 US locations, according to its website. It is also publicly traded on the New York-based NASDAQ stock exchange.

"Fresenius doled out millions of dollars in bribes across the globe to gain a competitive advantage in the medical services industry, profiting to the tune of over $140 million," said Assistant US Attorney General Brian A Benczkowski in a statement.

In Saudi Arabia, the firm awarded sham contracts to doctors employed by the government in order to continue to do business with the kingdom, the US Justice Department said.

"Fresenius also entered into fake collection commission agreements, made payments to a government charity, and gave gifts and made payments to publicly employed doctors for travel with no business or educational justification, the company admitted," according to the statement.

To funnel the money into the Gulf country without raising alarm bells internally, Fresenius wrote cheques to its own employees there that were then cashed out and handed to a general manager who repurposed them for bribes, according to US prosecutors.

In Morocco, the company similarly bribed a state official to win contracts to provide services to military hospitals. The dollar amount of the bribes was not disclosed.

In regard to Turkey, the US Justice Department said Fresenius gave a government-employed doctor $74,000 worth of "joint venture shares" that resulted in the doctor making $356,000 in profit.

In exchange, the doctor directed business "from their public employer to Fresenius clinics" in the country, the department said.

Fresenius also bribed officials in Angola, Spain and countries in West Africa, according to the US Justice Department. The misconduct continued in some countries until 2016, it said.

Over the past few years, the US Justice Department has been trying to encourage companies with potential Foreign Corrupt Practices Act violations to come forward and self-report them in exchange for prosecutorial declinations and lower penalties, Reuters reported on Friday.

While the Justice Department said Fresenius self-disclosed the misconduct in April 2012, it "did not timely respond" and "at times did not provide fulsome responses" to requests for information from the department.

A representative of Fresenius Medical Care could not immediately be reached for comment, Reuters said. 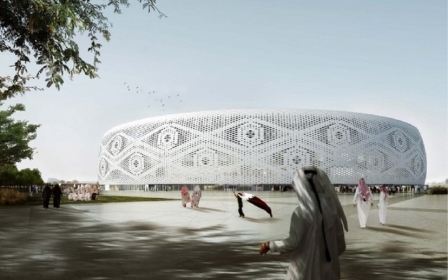