Is Germany paying for the surveillance of Palestinians and their supporters?

German-Palestinian academic Anna-Esther Younes was disinvited from speaking publicly after a state-funded body spread a secret dossier about her. She may not be alone 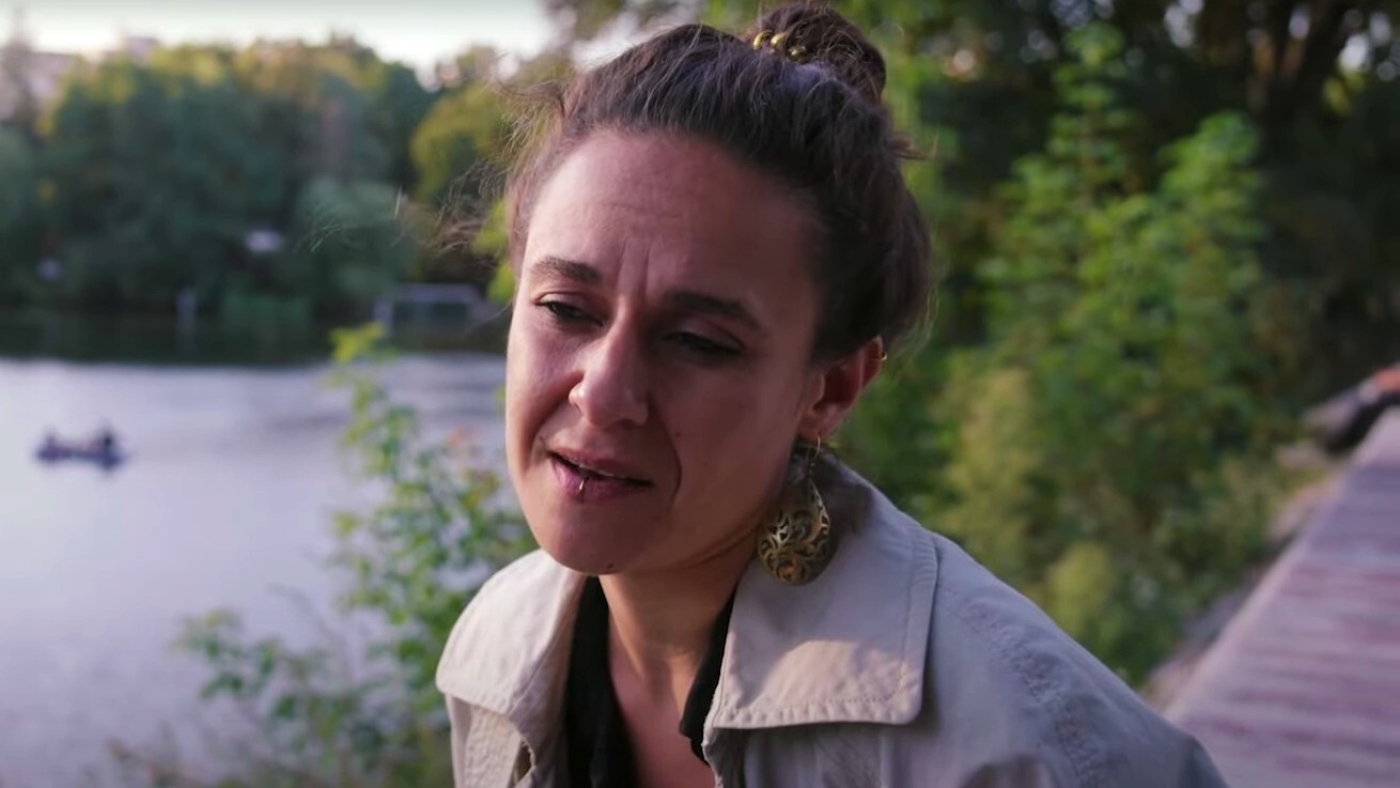 A German-Palestinian academic, who was disinvited from speaking at a 2019 panel after a dossier painting her as antisemitic and a terrorist sympathiser was shared with organisers, has filed a lawsuit against the state-funded body allegedly behind the document.

Lawyers for Anna-Esther Younes, a scholar of critical race theory, filed a civil suit against the Society for a Democratic Culture in Berlin (VDK), an umbrella organisation that oversees projects supporting “human-rights based democratic culture”, earlier this month in a Berlin district court.

They have also filed a complaint against Berlin’s Data Protection Authority which has yet to make a decision on whether two organisations, overseen by VDK, illegally processed her data nearly two years after Younes asked for help.

This is only the latest smear campaign for the scholar and journalist, but the dossier, she told Middle East Eye, “was a tipping point for me after years of having my character assassinated".

Her experiences are one of many examples of the stifling atmosphere which pro-Palestinian activists, academics, artists and writers, and others in Germany have faced for years.

This has been particularly true since the Bundestag passed a resolution in 2019 condemning the Boycott Divestment and Sanctions (BDS) campaign, the nonviolent, civil-society led movement that seeks to mobilise economic pressure on Israel in support of Palestinians, and describing its methods as antisemitic.

But Younes’ supporters say her case may yet prove to be a watershed, revealing publicly the extent to which state-backed organisations tasked with monitoring antisemitism and far-right extremism have also been surveilling Palestinian supporters.

“We cannot prove that they’re collecting data on every Palestinan rights advocate in Germany,” said Alice Garcia of the Amsterdam-based European Legal Support Center (ELSC) which is assisting Younes with her legal action. “But that could be a possibility.”

Disinvited the night before

Younes, who is currently a research consultant, was scheduled to speak in November 2019 on a panel organised by Die Linke, Germany’s far-left political party, about strategies against right-wing extremism.

But the night before the event, as Younes was finishing up her presentation, she said a member of the party who was helping organise the event called to say she was no longer invited.

The following day, several audience members asked during the event why Younes wasn’t speaking. In a video clip seen by MEE, Katina Schubert, head of Die Linke in Berlin, explained that Younes was “close to BDS”, a movement that the party was not working with.

She then referenced an attack by a gunman on a synagogue in the eastern German city of Halle that had happened three weeks earlier. Fifty-two members of the congregation who were marking Yom Kippur reportedly avoided being targeted by the man, later identified as a far-right extremist, because of a heavy, bolted door.

“Antisemitism is one of the worst threats for us, that we have here for the democratic discourse for democracy and for the people of the Jewish faith who live here in the country and that’s why we musn’t leave any inaccuracies,” Schubert can be heard on the recording. “That’s why the decision-making process is now like this. BDS cannot be an alliance partner.”

Younes told MEE that everyone involved in the event knew she would be speaking well in advance. “For more than a month,” she said, “everybody on the panel knew about my participation and was fine with it.” When she was disinvited, she was simply told there had been complications, without detail.

Several weeks later, when a dossier was leaked to her, it all became clear.

The two-page document Younes received, seen by MEE, is a compilation of publicly available information about her, organised chronologically with links and snippets of commentary throughout.

'I grew up with stories of people spying on each other, being imprisoned, or losing their jobs . . . You learn early on that ‘trust’ is political'

There are notes, for example, about her writing on women in the Hamas movement which the author says "legitimises Hamas as well as sexism within the organisation"; a 2014 Facebook post in which Younes shared a photo of graffiti on a wall saying “Boycott apartheid Israel”; and a 2019 letter she signed - along with over 100 other academics - raising concerns about the increasing tendency in Germany to equate criticism of Israel with antisemitism.

The document doesn’t stop with Younes. It also highlights that the venue where the panel was to be held had been used by a theatre company which “has attracted attention in the past for its antisemitic attitudes”. The theatre manager, it goes on, gave a speech at a Nakba demonstration in 2015 which is described as antisemitic without detail.

A note at the top of the dossier says the paper is not for publication, but if the reader wants to quote or cite from it, they should contact Anti-Semitism Research and Information Centre Berlin (RIAS) or Mobile Counselling Against Right-Wing Extremism Berlin (MBR).

The first time she read the dossier, Younes said her heart raced. It reminded her of growing up in East Germany (GDR) before the fall of the Berlin Wall during which both she and her mother were interrogated.

“Until I was seven, I lived in the GDR, where I grew up with stories of people spying on each other, being imprisoned, or losing their jobs or the possibility to finish their studies, if you have the wrong political opinion. You learn early on that ‘trust’ is political,” she said. “So I was incredibly shocked and angry, once I learned about ‘a file’.”

MEE asked Younes what she made of Die Linke’s comments that she was close to BDS and whether her position on the movement should matter when it comes to speaking publicly.

“I am for the unequivocal right of every people or community to defend their rights as a people against injustice, colonialism, racism, or war, for instance, as it is ingrained in international law,” she said.

But in Germany, she said, it seems there is “structural and institutional control over who gets to be able to partake in public discourse”.

MBR and RIAS Berlin did not respond to multiple requests for comment on this story.

In March 2020, Younes filed requests with RIAS Berlin and MBR for access to any data that had been collected about her which her lawyers say she was entitled to under European data laws.

When the organisations refused her requests, Younes filed a complaint with Berlin’s Data Protection Authority (DPA), asking it to decide whether RIAS Berlin and MBR had processed her personal data unlawfully and to compel them to hand over her data.

That was May 2020. Nearly two years later, Younes is still waiting for a decision, and that’s why her lawyers say they have filed the civil suit against VDK, the parent organisation of MBR and RIAS Berlin, as well as a complaint against the DPA.

“In our opinion, it is a clear-cut case and it was supposed to be issued in a year,” said Giovanni Fassina, a lawyer who directs the ELSC. “But then, when it became so slow, we said, ‘OK, we have to take action otherwise they will never decide.'”

It is not illegal to collect open source material about an individual. Journalists, for example, can gather data for writing articles or reports. But the information about Younes was compiled in a misleading, inaccurate way, and was then used to get her disinvited from an event, not for journalistic purposes, Fassina said. That, he argues, violated European data laws.

“We are asking the court to acknowledge these violations, to give Anna access to her data and eventually to delete all the data they have on her,” he said.

More broadly, the ELSC contends that the way Younes’ data was collected and processed - without her knowledge or consent - “amounts to surveillance” by publicly funded bodies without transparency or accountability. RIAS and MBR, Fassina said, are doing valid, critical work monitoring far-right groups.

“Neo-Nazis and other extremists should be monitored. But the issue is that they put together neo-Nazis with anyone who is active on Palestine and this is problematic. This is not honourable or acceptable,” he said.

Berlin DPA press officer Simon Rebiger told MEE that he could not comment on Younes’ case because it is ongoing, but said the Covid pandemic and high workload had left Berlin DPA unable to process every case within the scheduled time.

“We regret that this means that complainants sometimes have to wait a longer time than usual for a decision on their matter. In the present case, the Berlin DPA is actively working towards a decision in the coming months,” he said in a statement.

One of those who filed a request was Iris Hefets, a Berlin-based psychoanalyst who left Israel in 2002 to start a new life in Germany, and who has had her own public run-ins over her political takes on Israel and Palestine during the past two decades.

She was chairwoman of Jewish Voice for a Just Peace in the Middle East in 2016 when, as a result of its support for BDS, the organisation's German bank closed its account.

If Younes has a file, Hefets said, it’s absolutely plausible that other advocates like her have one too. But she stressed that, unlike Younes and others who have been the subject of smear campaigns, she is in a “luxury situation”: her livelihood is not impacted.

“I'm doing this as an act of solidarity, and because I'm worried about the drift to the right wing here in Germany and this use of totalitarian methods,” she said.

MEE understands that at least four people who requested a file received a response in which RIAS did not answer whether or not their individual data was held, but rather made a general statement about the organisation’s work and legal exemptions that would mean it didn’t have to share data.

Fassina said if Younes’ case is successful, the hope is that it will “pave the way for other Palestinian rights advocates in Germany to request for their data to ensure there is no other secret dossier on them”. 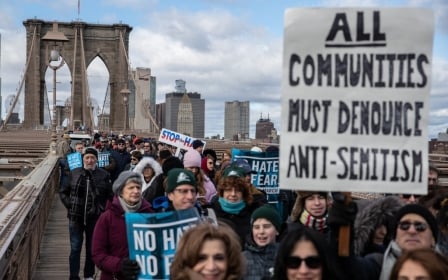