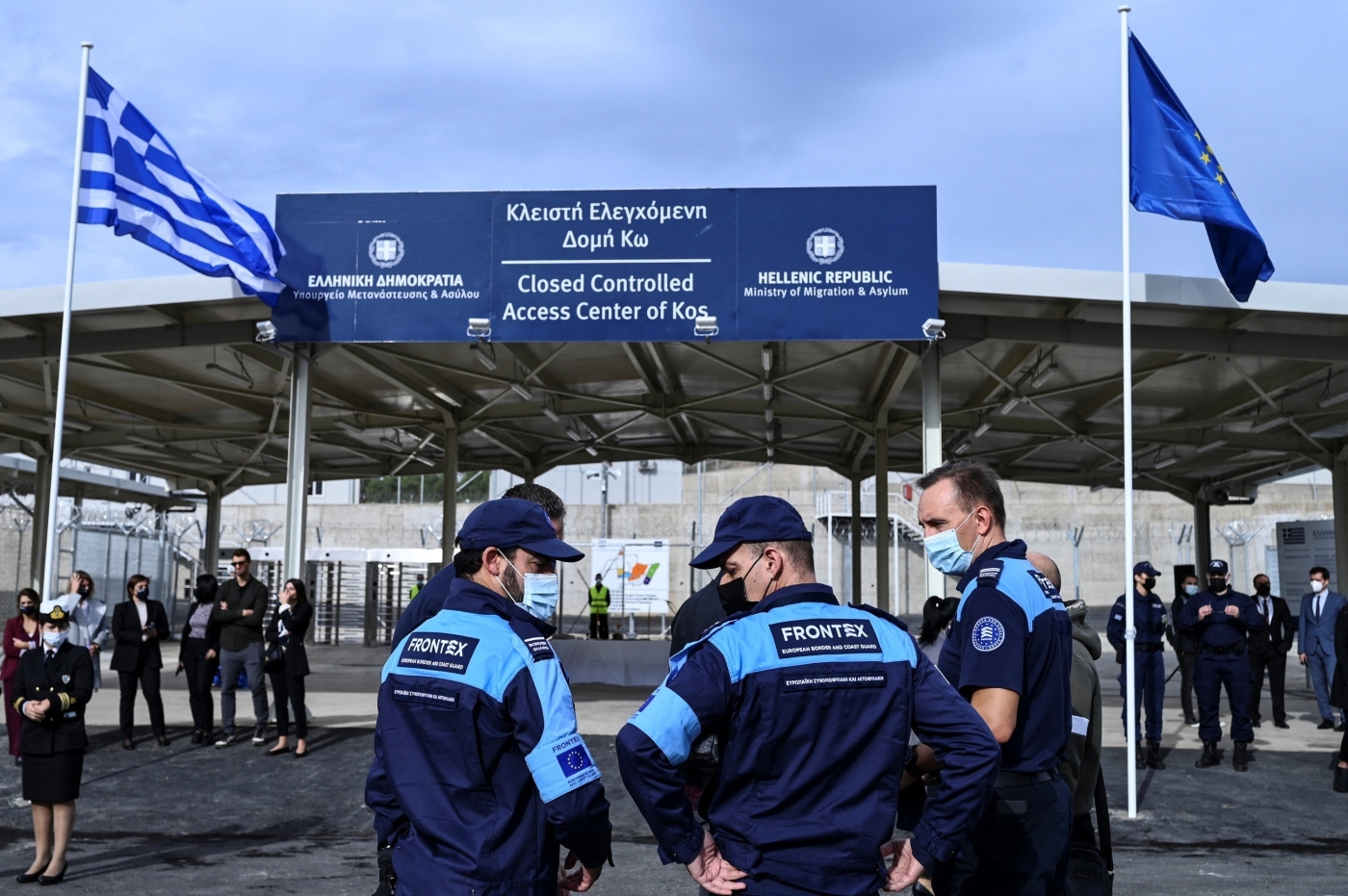 Members of the European Border and Coast Guard Agency Frontex stand outside the 'closed' refugee camp on the Greek island of Kos, 27 November 2021 (AFP)

A group of 49 refugees, including 16 children and a fourth-month pregnant woman, have reportedly been stranded for two days on a Greek island in the Evros river that straddles the Turkish-Greek border.

The latest incident follows the plight of a group of 39 people who were stranded on another islet on the Evros river, with Greek authorities facing accusations of attempting to illegally push them back into Turkey. That group has finally been aided by Greek authorities, according to reports by local media and rights groups on Wednesday.

'We are concerned for the safety and well-being of the group. We are seeking further information and continue to monitor the situation'

A five-year-old girl died as a result of a scorpion bite, with Greece initially denying knowledge of the location of the group - who were stranded on the island controlled by Greece. Another nine-year-old was also bitten and, at the time, in urgent need of medical care.

The latest case once again highlights the dangers people face attempting to cross into Greece, and increasingly militarised pushbacks by Greek authorities.

The United Nations High Commissioner for Refugees (UNHCR) office in Greece confirmed to Middle East Eye that they are aware of the latest plight facing a second group of refugees.

"We are aware that the Greek authorities have also been informed. We are concerned for the safety and well-being of the group. We are seeking further information and continue to monitor the situation," said Louise Donovan from the UNHCR.

A network of grassroots organisations called the Border Violence Monitoring Network, which initially alerted the authorities, warned that unless a swift rescue is mounted and the "full rights of the group are upheld, and they are able to access material reception conditions and asylum procedures" a tragedy could unfold similar to that of last week.

The network added that "we also seek to remind the authorities that pushbacks are illegal".

Greece has for years been accused of carrying out illegal pushbacks of refugees at its land border with Turkey and at sea.

In a report in April, Human Rights Watch accused Greek authorities and their proxies of "assaulting, robbing, and stripping Afghan asylum seekers and migrants, including children, before summarily pushing them back to Turkey via the Evros river".

Earlier this year, 12 people were found dead at the Turkish-Greek border following illegal Greek pushbacks that left refugees to freeze in the Evros river during the winter.

Despite the European Court of Human Rights delivering a damning ruling on 7 July regarding Greece's illegal and life-threatening practice of pushing boats of asylum seekers back to Turkey, the practice continues. The European Union's border agency, Frontex, has also been implicated in illegal pushbacks, an investigation revealed earlier this year.

Pushing back people who enter EU territorial waters is illegal under the bloc's regulations and member state and international laws.

In January, Middle East Eye reported that Frontex often left refugees crossing from Africa to drown, despite knowing their location. The French head of Frontex, Fabrice Leggeri, resigned in April following an investigation that found him "dishonest" and guilty of mismanaging the organisation.

In April, the UN reported that more than 3,000 people died or went missing while attempting to cross the Mediterranean and the Atlantic to Europe last year, double the number of fatalities in the previous year. 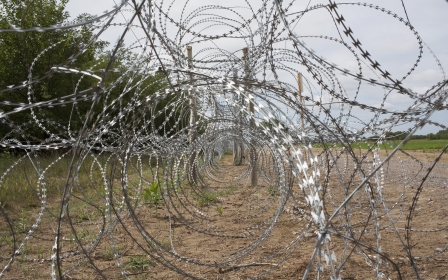 Refugees
In pictures: The barbed wire fences that scar refugees and Europe