Biden criticises Congress for restrictions on Guantanamo, but experts say the president has all the authority he needs to close the notorious facility 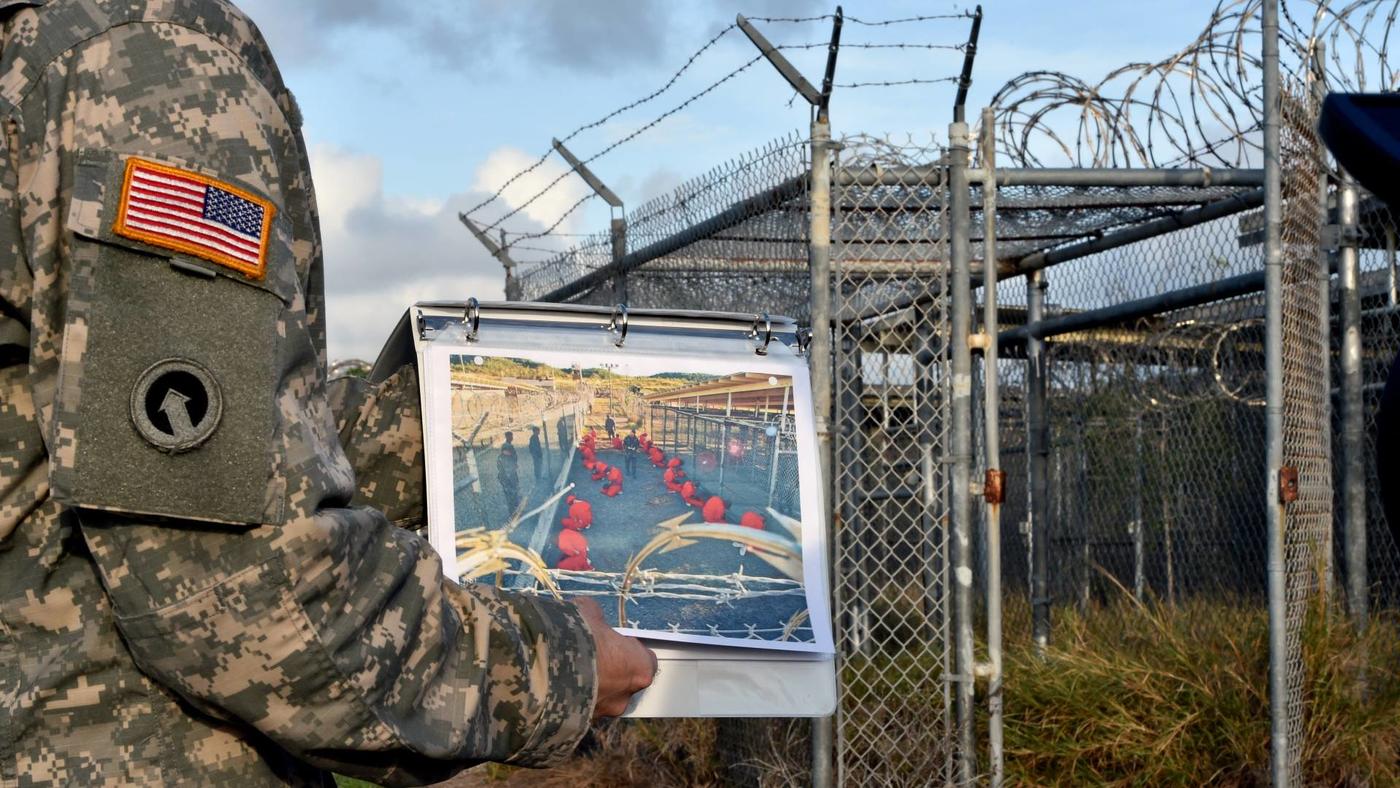 A US army officer shows a photograph of the now-abandoned "Camp X-Ray" detention facility at the US Naval Station in Guantanamo Bay, Cuba on 9 April 2014 (AFP/File photo)
By
Umar A Farooq
in
Washington

When Marine Corps Major General Michael Lehnert was assigned to be the first commander of the detention centre at Guantanamo Bay, he did not expect that over the next two decades the US would engage in gross violations of human rights and the systematic use of torture.

He was given 96 hours to build the first 100 cells and spent the first 98 days overseeing operations there.

"Each of the cells was 10 feet by 10 feet. They had a corrugated metal roof over them," Lehnert told Middle East Eye.

The Muslim men, detained in the aftermath of the 9/11 attacks and the subsequent US's sweeping efforts to round up any men with suspected links to al-Qaeda and Osama bin Laden, entered into makeshift camps on the shores of the American naval base in Cuba. Many were subject to torture and other brutal treatment once there.

"I really felt that there's a danger that we could turn this into a religious war if we weren't careful. And I think to a certain extent, we've seen some of that in the ensuing 20 years."

Twenty years later, the prison - which once held nearly 800 detainees and now has a few dozen - has expanded to a staff of 1,500 people with a defence department school system for soldiers' children, bars, sports fields and a McDonald's restaurant.

The Biden administration has stated its goal of closing the prison, but late last month issued a statement criticising certain restrictions regarding Guantanamo.

The White House said that a number of provisions in the annual defence spending bill "unduly impair the ability of the executive branch to determine when and where to prosecute Guantánamo Bay detainees and where to send them upon release".

However, experts have told MEE that the administration needs to stop making excuses for what they say is a lack of political will to finally close the notorious facility.

"Congress is not the obstacle to closing Guantanamo," Scott Roehm, who runs the Washington office for the Center for Victims of Torture (CVT), told MEE.

The Guantanamo provisions in the 2022 National Defence Authorization Act, which have been in place for years, say that Biden cannot use funds to transfer detainees to "certain countries". Those countries are Libya, Yemen, Somalia, and Syria.

"There are 100 and some odd countries that aren't in that prohibition. And so that's hardly a really meaningful restriction on what the administration can do," Roehm said.

A Senate Democratic judiciary aide told MEE that the "administration has the authority to get this done, even with those restrictions in place.

"Senator Durbin has said that the restrictions should be removed, but that really shouldn't be an excuse for slowing down the closure process," the aide said.

There are currently 39 men being held at Guantanamo Bay, 14 of whom have been cleared for transfer out of the prison. The latest detainee to be cleared for release was Guled Hassan Duran, a Somali citizen who was captured in Djibouti and rendered to the CIA in 2004.

Duran received word that he would be cleared for transfer on the eve of the 20th anniversary of the establishment of the detention facility.

A senior Biden administration official told MEE that it "has been clear from Day One that we intend to close the detention facility at Guantanamo Bay".

"We have reviewed the status of everyone who is eligible for the Periodic Review Board process, and are actively working to transfer everyone deemed eligible for transfer."

But since Biden has come into office, his administration has transferred out one detainee, Abdul Latif Nasser, back to his home country of Morocco.

This is the same number that was transferred under Trump - who wanted to keep the prison open - and a stark difference from the 197 that were transferred out during the administration of Barack Obama, where Biden served as vice president. 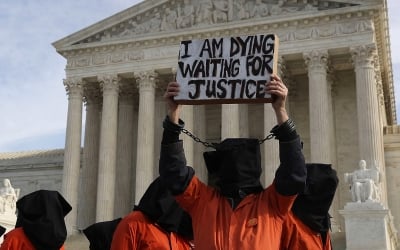 "I don't see any kind of cohesive political strategy or commitment to just address it," an expert on Guantanamo told MEE.

"There just doesn't seem to be any will from the Biden administration. If this was a policy priority, I think they would get it done."

Many experts say the process has failed to achieve justice for anyone, neither the victims of the 9/11 attacks nor the men who were brought to the prison and tortured at the hands of the US government.

"We've seen that the military commissions have been an abject failure," Lehnert said.

A Senate Democratic aide told MEE that "it's time to actually just acknowledge that the experiment has been a predictable failure and to put an end to the commissions".

"There's no sort of reforms or fixes at this point in time and it's been 20 years since the 9/11 attacks. And the commissions have failed to deliver justice for anyone. So it's time to just recognise that failure and move on.

"It's a question of sort of tinkering with the deck chairs on the Titanic at this point."

Members of Congress have for years been calling for the US to put an end to the detention centre, which has been seen as an enduring symbol of US injustice, Islamophobia, and the abandonment of rule of law. 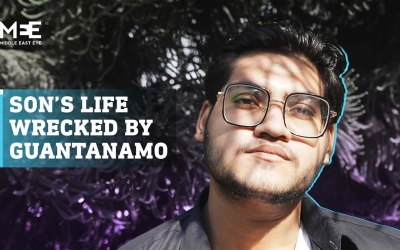 "The Biden administration has stated their commitment to closing Guantanamo Bay before the end of the President’s first term and I look forward to working with them as they take the steps necessary to do so."

The Senate aide added that multiple members of the US Senate have urged the administration to work on plea deals in order to resolve the ongoing cases currently in the military commissions.

"I think that's the only viable path forward for those cases at this point in time," the aide said.

Majid Khan, a Maryland resident who admitted to being an al-Qaeda courier and was tortured and detained by the US for eighteen years, was recently sentenced in a plea deal that would see him released from the military prison in February 2022.

Yet the announcement that a new, $4m courtroom is being built at Guantanamo, which would hold trials beginning in the middle of 2023, has raised concerns that Biden's goal of closing the prison will be unmet.

Around $540m of US taxpayer money is spent each year to hold the prisoners at Guantanamo, equal to $13m per prisoner, according to a 2019 report from The New York Times.

"The reason we are where we are in Guantanamo is that the Biden administration has an orientation towards closing Guantanamo that focuses more on the problems and the obstacles than on the authority and the solutions," Roehm said. 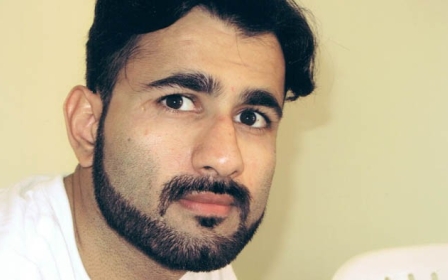