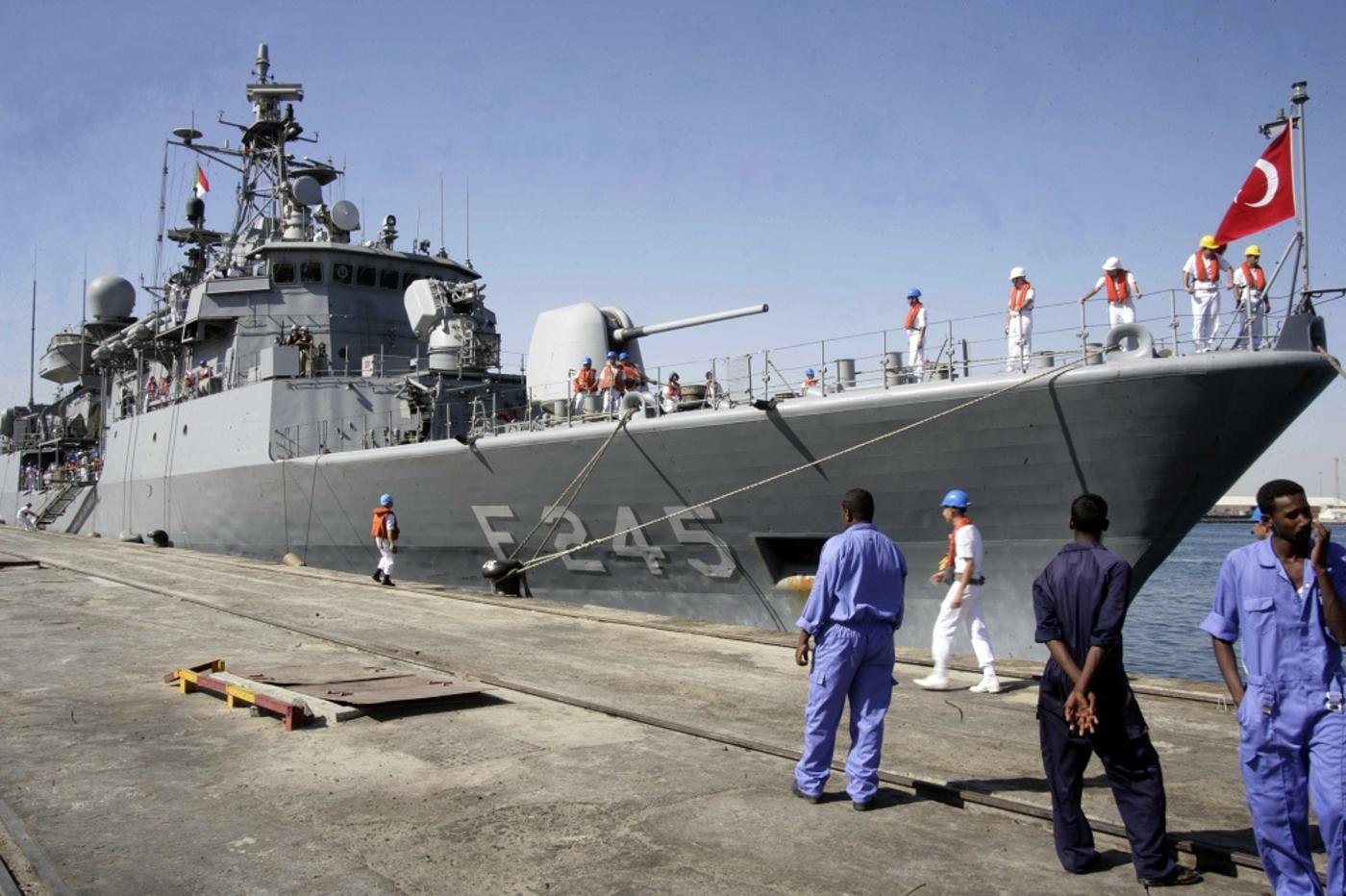 ISTANBUL, Turkey - Several years ago on the Turkish version of "Who Wants to be a Millionaire?" the question arose: “Which Greek Island is nearest to Turkey?” The contestant had to think for a while before giving an answer.

If that same question was asked today – and posed to government officials from Eastern Mediterranean countries, energy executives and academics – the answer would come without hesitation: Meis as it is called in Turkey – or Kasterlorizo as it is called in Greece.

But the answer to this question – at least for Greece, Turkey and Cyprus – is not worth a million, but is invaluable, as this tiny island finds itself at the centre of the hotly contested battle over Eastern Mediterranean gas.

The conflict has inflamed the situation in Cyprus which has been unresolved since 1974 when a Greek Cypriot coup, followed by violence between Turks and Greeks, triggered Ankara to intervene. Northern Cyprus, only recognised by Turkey, is now a Turkish Cypriot state with around 300,000 inhabitants. While the Turkish-Greek dispute over the island continues, Cyprus has moved forward with developing offshore gas fields in waters that Turkey believes are, in fact, its sovereign territory.

Greece meanwhile has promised that it will soon declare its "exclusive economic zone (EEZ)", the area in which coastal states have a right to explore and exploit natural resources.

In recent weeks, Athens has said this area will include Meis/Kasterlorizo. This is problematic for Ankara as it would see the Greek zone - only a short ferry ride from Turkey’s Turquoise Coast - extend from the Aegean Sea to the Mediterranean.

This past year has seen both Greece and Turkey deploy warships into the Mediterranean to send warnings to one another, and to Cyprus and the energy companies that are exploring the waters.

And if 2018 is any precedent, say experts, it’s a fight that looks poised to be solved with military might, rather than political deals.

“Rather than international law, gunboat diplomacy will be the most salient feature in 2019,” Professor Emete Gozuguzelli, chairperson of the Mediterranean University International Law Department, told Middle East Eye.

Gas was first discovered in the Eastern Mediterranean in the 2000s, setting off hopes among many observers that natural resources could be the key to unlocking political tensions rife in the area.

According to the UN Law of the Sea, coastal states have a right to 320km of maritime territory from their coast or a baseline drawn off their coast.

However, because of the concave shape of the Eastern Mediterranean, there is overlap between the areas that each country can claim, requiring negotiation and compromise – and opportunity, say some, for leverage in ongoing conflicts.

But in the case of Turkey, Greece and Cyprus, the gas has only exacerbated existing tensions.

Neither Turkey nor Greece has made official EEZ claims, but that hasn’t stopped them from fighting over the territory they envision to be their own.

Meanwhile, the Greek Cypriots have signed EEZ agreements with Egypt, Lebanon and Israel to which Turkey has objected, said Necdet Pamir, an energy analyst at Sigma Insight Turkey, an Ankara-based think tank.

“Following the discovery of a series of natural gas fields in the Eastern Mediterranean in recent years, we have been witnessing a steady increase in strategic and tactical moves towards this region and Cyprus by global and regional powers," Pamir said.

"When we look at the military aspect of the location, we must never think that it is irrelevant to the international struggle to get hold of the hydrocarbon resources and control the transportation routes most of which originate from the oil and gas-rich Middle East region.”

One of the main tensions lately has been around the island of Meis/Kasterlorizo which Greece wants to include as part of its EEZ.

This would be problematic for Turkey, said Pamir, because it would limit its own EEZ to Iskenderun Bay, despite the fact that the country has one of the longest coasts in the Mediterranean.

Specifically, it would shrink Turkey’s potential claim area from 56,000 square miles to 16,000 square miles, according to a 2009 study by Cihat Yayci, a vice admiral and chief of staff of the Turkish navy. Another major point of contention is a proposed US-backed pipeline – called the EastMed - which would transport gas starting from Israel, through Cyprus and Greece and into Italy.

Many observers have expressed doubts that the pipeline will ever come to fruition given its estimated $7bn cost and technical challenges. Yet talks have continued with the latest in December which saw the leaders of Greece, Cyprus and Israel reportedly say they are ready to sign on to the project.

The pipeline threatens Turkey, which already has the infrastructure in place to export the region’s gas to Europe easily and cheaply.

Instead, the EastMed would turn Cyprus into a “competing energy transfer hub,” writes Clemens Hoffmann, lecturer in international politics at the University of Stirling.

'Whatever needs to be done'

Turkey’s official position has long been that the issue of natural resources should be part of a comprehensive settlement in Cyprus.

So one of the real sources of frustration for Turkey, said Pamir, is that Ankara sees the gas struggle as a direct consequence of the accession of Greek Cyprus to the European Union in 2004.

“The EU has been supporting Greek Cypriots and Greece in all their unjust claims regarding their EEZs, while the US seems to be providing their backing behind the scenes,” he said.

There is also concern over an increased role for the Americans which has become more visible recently. On 7 November, US Secretary of State Mike Pompeo and Greek Cypriot Foreign Minister Nikos Christodoulides signed a statement of intent to strengthen and develop “bilateral security relations, security at sea and borders and [promote] regional stability”.

Then on 29 November, US ambassador to Cyprus Cathleen Doherty, along with the Greek Cypriot Minister of Energy George Lakkotrypis, and Christodoulides, visited an Exxon Mobil ship near Cyprus which has been drilling in disputed waters despite Ankara’s protests.

The visit took place one week after Turkey’s Parliamentary Speaker Binali Yildirim warned – without explicitly naming Exxon – that "the big companies that are doing research should know their limits”.

“Turkey will respond to all attempts on its legitimate interests in the Eastern Mediterranean and the rights of the Turkish Republic of Northern Cyprus. And it will do whatever needs to be done,” he said.

“Everyone should know that we will not relinquish an inch of our legitimate rights and interests in the seas."

Yildirim’s comments reflect a situation that has become increasingly militarised, particularly since the last round of talks over Cyprus collapsed in July 2017.

Early last year, the Greek Cypriot administration ramped up its drilling activities in the Eastern Mediterranean. In February, Turkey responded by dispatching warships to block Italian energy giant ENI from drilling off the Cypriot coast.

On 18 October, a Greek warship reportedly approached a Turkish seismic research vessel called the Barbaros in the Mediterranean.

Then on 30 October, Turkey sent a deep-water drillship called Fatih – named for Fatih Sultan Mehmet, the conqueror of Istanbul – into the Eastern Mediterranean, protected by Turkish warships.

At the end of November, Turkey “reserved” the area surrounding Kastellorizo for naval exercises, a move seen by Greece as a limitation of its right and an attempt to ignore the Greek claim over the island.

And on 27 November, Turkish President Recep Tayyip Erdogan told his party’s parliamentary group that Turkey is determined to give a lesson to those who try to limit the country in the Aegean Sea, including the EU.

“Those that were shaking before the wave of immigrants are suddenly turning into lions, when the issue comes to oil, gas and political opportunities. They are two-faced. They are ignoring their obligation to humanity, violating every law and regulation with economic interests in mind,” Erdogan said.

“There is currently a Turkey that hosts four to 4.5 million people, and there are those who burst their vessels and bury these people in the waters of the Aegean and the Mediterranean. Turkey will not retreat from the Mediterranean or other areas, and we will defend the rights of our people and our friends until the end.”

Gozuguzelli, chairperson of the Mediterranean University International Law Department, said that Turkey has increased the rhetoric and naval manouvres to reflect Ankara’s sense that it is under an existential threat, something bound to increase in 2019 without any new significant developments.

Energy analyst Pamir agrees with Gozuguzelli. “Turkey has hired jackup drilling rigs. Other exploration works are going on. If something is discovered, then it might be a game changer because such a development could strengthen Turkey’s hand,” he said. 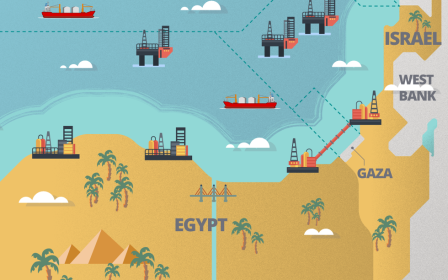 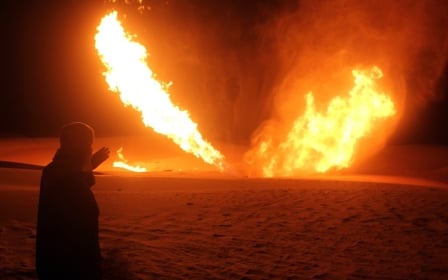