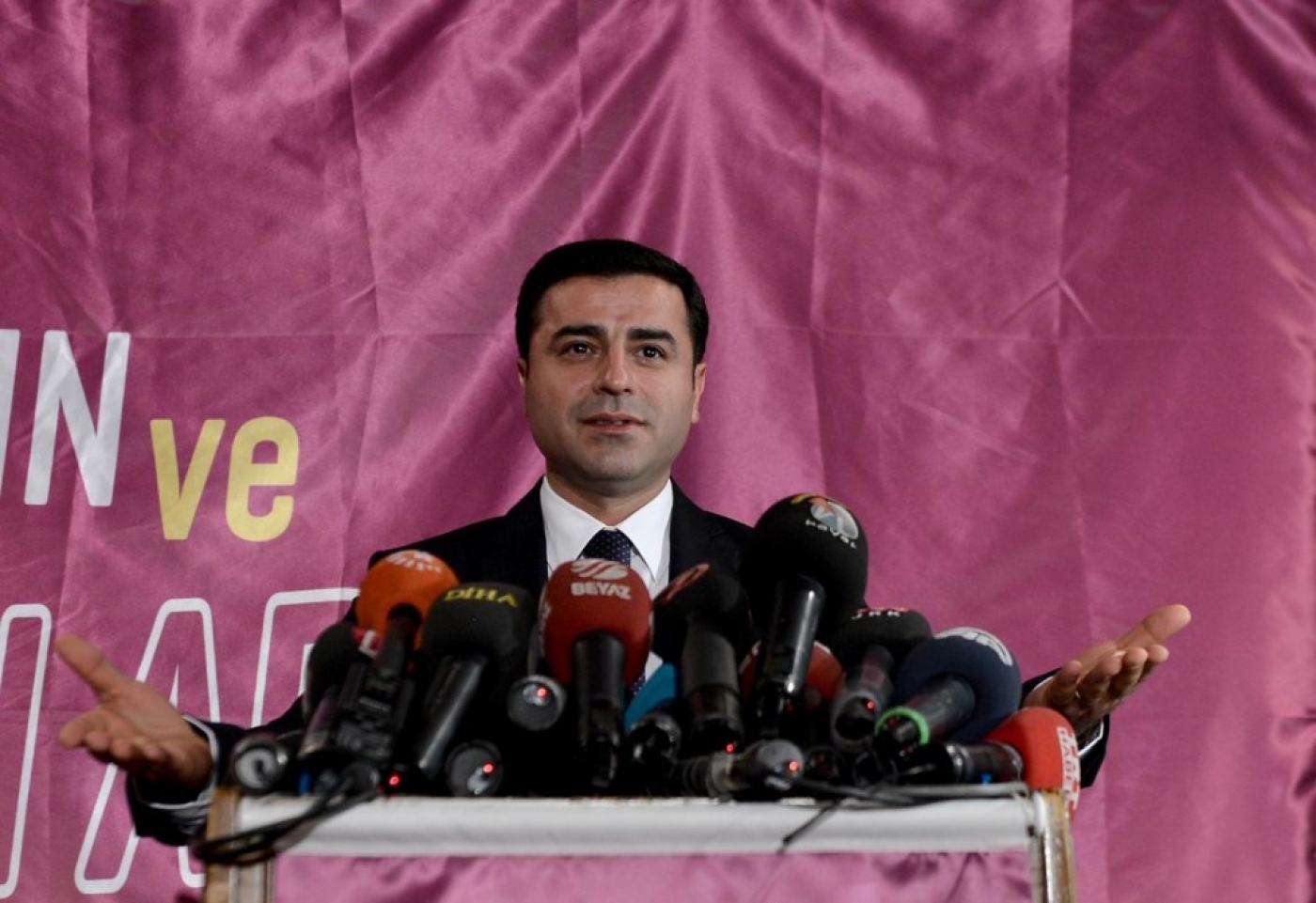 Demirtas, 46, is currently serving a sentence of four years and eight months
By
MEE and agencies

Selahattin Demirtas, the imprisoned former co-leader of Turkey's pro-Kurdish Peoples' Democratic Party (HDP), has been taken to hospital for a check-up on Monday, nearly a week after he fainted in his prison cell, according to Edirne's Chief Prosecutor’s Office.

Earlier on Monday, Aygul Demirtas said her brother lost consciousness in prison in Edirne last Tuesday and had still not been fully evaluated by medical authorities.

Just hours after Aygul tweeted the information, the prosecutor's office said in a statement: “Upon receiving a complaint by Selahattin Demirtas who said he got sick last Tuesday, [the prison management] called an ambulance and a doctor made necessary checks.

"Even though there was no health issue detected, he was today transported to Trakya University Medical School Hospital for further checks.

"During this process, Demirtas was able to meet his family and visitor as a routine procedure. His past requests for doctor visits in different times in the past have also been fullfilled.”

'At risk of death'

In a statement on Twitter, Aygul Demirtas said her brother had chest pains, was unable to breathe and lost consciousness last week.

She said he was initially provided with first aid by his cellmate - former HDP lawmaker Abdullah Zeydan. 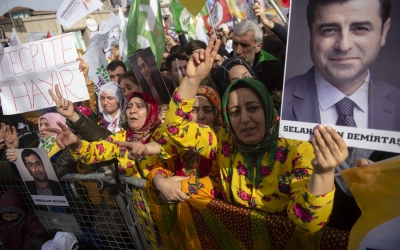 Aygul, who is also her brother's lawyer, said: "Then an ambulance was called and only an ECG [electrocardiogram] was performed.

"Our client requested a referral to the clinic for a comprehensive intervention and treatment instead of an emergency room.

She said she and her brother's other lawyers had requested an immediate transfer to a hospital during a meeting with the prison administration.

"However, Demirtas was not referred to the hospital after seven days. Failure to refer him to a hospital despite such a vital health problem clearly means he is at risk of death."

Earlier, the HDP, the second-largest opposition party in Turkey's parliament, called on the justice ministry to issue a statement on Demirtas' health, saying it was unacceptable that he had not been taken to hospital.

One of Turkey's best known politicians, Demirtas, 46, has been in jail for more than three years and faces several cases against him, mainly on terrorism charges.

He could be sentenced to 142 years in jail if found guilty in the main case.

Demirtas is currently serving a sentence of four years and eight months after being convicted of "making propaganda for a terrorist organisation" in September 2018.

The ECHR said his detention had the "ulterior purpose of stifling pluralism and limiting freedom of political debate".

In September, prosecutors in Ankara launched a new investigation into Demirtas and requested his detention after a court lifted his arrest warrant in the main case.

Demirtas denies the charges against him.

Ankara accuses the HDP of links to the outlawed Kurdistan Workers Party (PKK), which has waged a decades-long armed struggle against the Turkish state. The HDP denies links to the group.