Herve Gourdel: One year on, the mountain has been ‘cleansed’

A year after the abduction and murder of a French hostage, Europeans no longer visit and security forces have been deployed all over the park 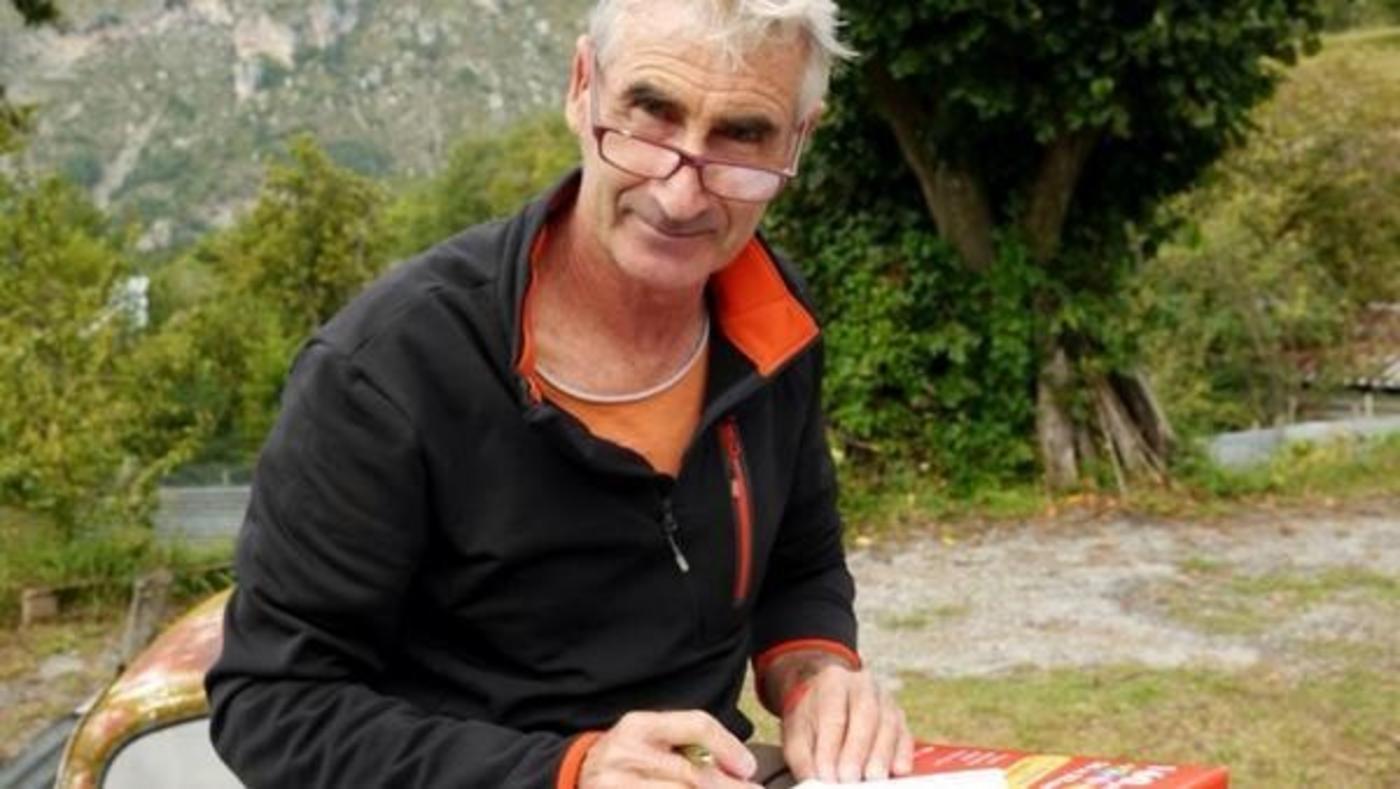 Herve Gourdel, the French hostage who was kidnapped and murdered on 23 September 2014 by a group claiming allegiance to the Islamic State (Twitter/@KaLebhour)

DJURDJURA NATIONAL PARK, Algeria - The little mountain road winds along by the ravine, with small stones tumbling off from time to time into the vast void below. Mountain ranges stand all around, eagles gliding mightily against a backdrop of rocky peaks and a clear sky.

At the turning of a curve, one comes across a herd of cows enjoying the summer greenery and the fresh high-altitude air. Soon the cows will go back down to be closer to the villages.

“From December to April, this road is completely cut off by snow,” Amar explains to Middle East Eye. On week days, this young Algerian works as a journalist in Bouira. On the weekend he takes his car and heads to Djurdjura National Park in the heart of Kabylie to “walk and enjoy the air”.

He and a handful of friends dream of naming a viewing point after Herve Gourdel, the French hostage who was abducted and murdered on 23 September last year by Soldiers of the Caliphate (SoC), an Algerian group pledging loyalty to the Islamic State (IS) group. They also want to organise a hike to the places where the mountain guide walked.

Standing on this small mountain road that winds along the side of the ravine, Amar gazes in silence at the surroundings: forests and stark summits, the village of Ait Ouabane nestling at the bottom of the valley and the route leading to the cave known as Grotte de Macchabee and Lala Khadidja, which, at 2,308 metres above sea level, is the park's highest peak.

Right here, at the Tizi n’Kouilal intersection, is where the French tourist from Nice disappeared after being seized by SoC. According to the account of one of the five Algerians who had been accompanying him, as told to an Algerian Arabic-language newspaper, Gourdel's group had planned to “spend two days working out the route of the hike, another two days walking and two more exploring the region's renowned caves”.

Gourdel, who was returning to Algeria for the first time since 1989, had intended to finish his trip by taking two days to visit Algiers. Rain on Sunday made him change his plan and he and his group headed towards Ait Ouabane forest instead.

The forest 'cleansed by the army'

It was in this dense array of cedar and fir trees that men loyal to Abdelmalek Gouri, the SoC emir who was killed by the Algerian army in December 2014, filmed the video showing some 30 armed Algerian SoC fighters, some baring their faces, proudly declaring their allegiance to the IS leader Abu Bakr al-Baghdadi. This is also the area where the Algerian army found their camp, a casemate (hideout) where a copious amount of weapons and rations were stashed.

“The hiking routes have now been completely secured,” says Amar in a reassuring tone. “The forest has been cleansed by the army.”

It is now not uncommon to come across campers or families having a picnic. At the abandoned stadium where the military set up its base last autumn, children now enjoy rides on horseback and there are people selling waffles and cold drinks from trucks.

Mohand, a “patriot” (a civilian armed by the authorities in the ‘90s to combat armed groups), says he is more sceptical.

“It is impossible to know whether all the terrorists have been killed,” he tells MEE.

“The forest is too big and dense. A small group loyal to IS is still active between Tizi Ouzou and Bouira. In fact, it was behind the attack on a police brigade in Bouira city centre last July.”

A few kilometres lower down lies the tourist complex of Tikjda and a few chalets, including the one where Herve Gourdel stayed. Two hotels, remnants of public hotels in which time seems to have stood still, host Algerian families and athletes.

“Nothing has changed over the last year,” says one of the complex's staff members with a little hesitation. “Yes, there are some foreign tourists.” After being pressed further he adds: “well, mainly Tunisians”. No one in Tikjda likes to admit that hardly any Europeans come anymore.

Hocine el-Fenri, from an association called Mimouna that arranges mountain activities, candidly tells MEE that the cottage that was opened and run keenly by the association's members has now closed “because of the lack of foreign tourists”.

“The ones with European passports are French-Algerian,” says Bachir, who believes that there are far too many people anyways for the fragile environment of a natural park that has been classified as a biosphere reserve.

“These are people who have come because their friends recommended hiking in Djurdjura. I know people who came to the camp this summer and who had not set foot in the park since the ‘90s.”

In Takhlidjt, the village where Gourdel's body was found after a four-month search, Achour, the chairman of the village committee, tells MEE that everyone is getting on with “life as usual”.

“A few days ago, some cousins came to hunt boar,” he says. “A company is even in the process of establishing a farming trail near the spot where the hostage was buried, between the orchard and the river.”

Bachir recalls the efforts made to find Gourdel's body. “The painstaking searches lasted from September to January,” he says.

“More than 3,000 soldiers went through everything, stone by stone, tree by tree, rock by rock. Obviously the grid isn't totally water-tight because there are so many access points so the terrorists might have come back. But you have to admit that substantial efforts have been made to secure the area.”

These efforts continue today, one year on. Tizi n’Kouilal’s pass is no longer a wild outpost. To the left, on an ochre mound, a crouching soldier monitors approaching cars and pedestrians with binoculars. Beside him there are concrete watchtowers and more armed soldiers.

“This winter, as the snow prevented anyone from getting through, they were marooned here for a week without food,” says Amar. At the crossroads, more soldiers are stationed near a sign that reads 'Tizi n’Kouilal'. A construction truck suddenly appears among a load of iron sheets. A permanent military post is being built.

“The same goes for Iferhounene, which is less than 10 kilometres from the village where Herve Gourdel's body was found in January,” says Bouzid, who lives in the village. “The authorities are rebuilding the barracks that was destroyed after the events of 2001 [riots in Kabylie after which the gendarmerie left the region]. Across the whole area, 17 barracks are going to be reopened.”

Associations say that all hikes now require a permit from the security services. “Well, it's not quite a permit, really it's just that you have to inform them,” specifies Kaci, a hike organiser.

Bachir continues: “People know that the security network has been tightened. It's true that Tizi n’Kouilal is only a 10-minute drive from the Tikjda complex but I am still convinced that the people accompanying Gourdel did not take due care. Anyone who is familiar with travelling around this area knows that this little road serves as a sort of border. A border between two different worlds.”

According to a community guard who was called up to help soldiers in Djurdjura park, there is still “a group of seven terrorists loyal to Islamic State” in the area.

This article was translated by STill agency and originally published on Middle East Eye’s French page on 21 September 2015. 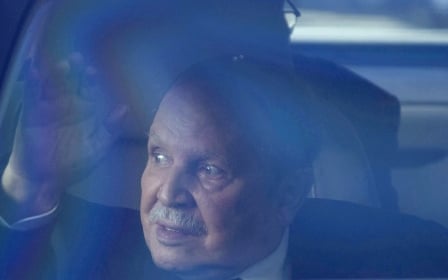 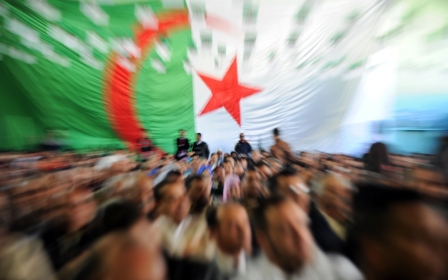 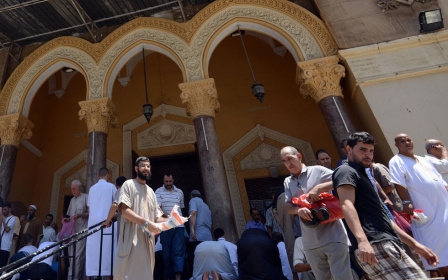