Despite their preferred candidate losing, primaries saw many Arab Americans head to polls for first time 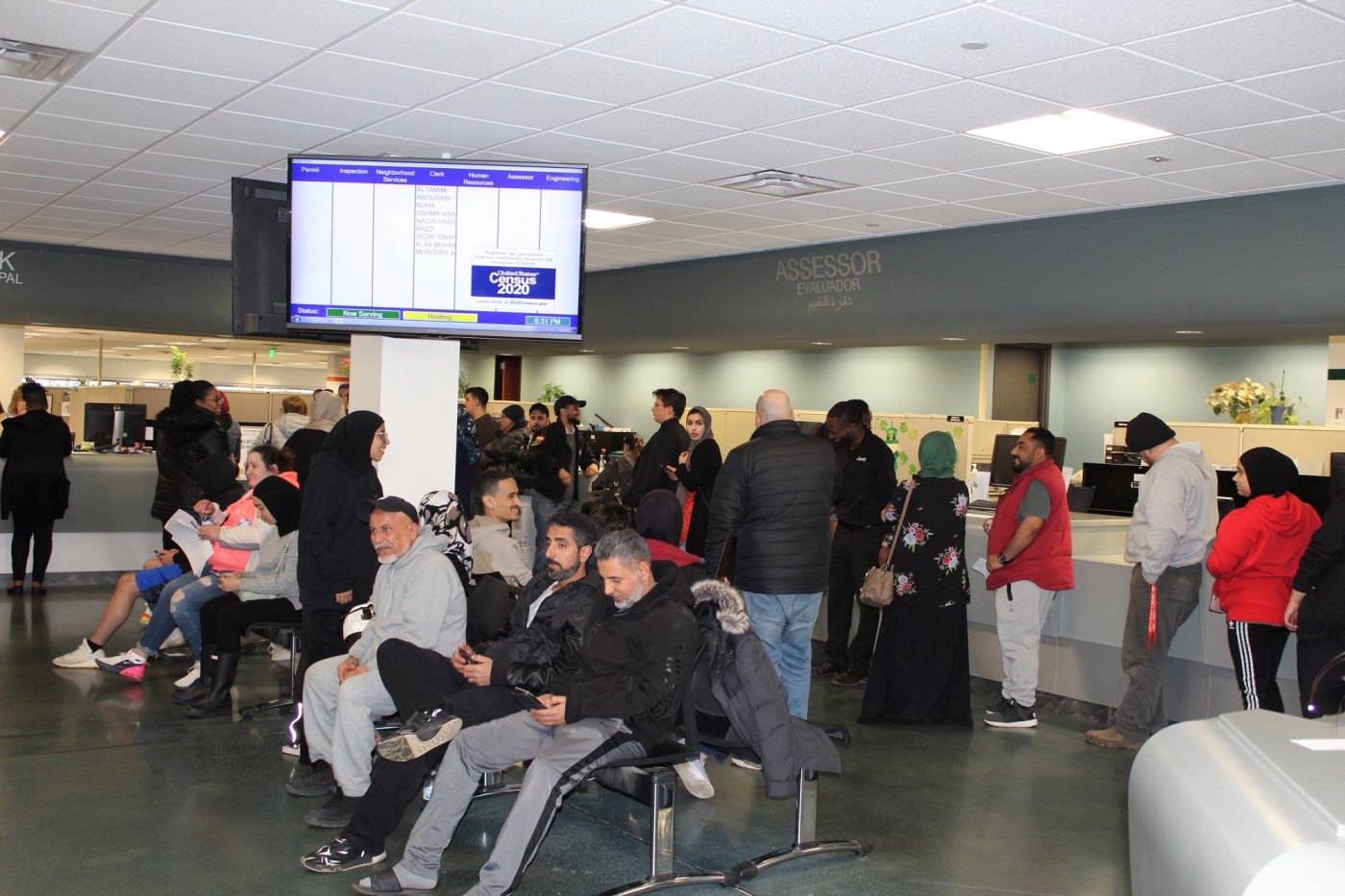 At Dearborn City Hall, dozens of Arab Americans, young and old, lined up to vote in the Michigan primaries.

The line snaked through the open-floor working space with silver desks and signs that identify the city's departments in Arabic and English.

Boxes of pizza and cases of bottled water sat by the entrance to help those in the line endure the long wait.

An elderly woman, who said she had been in America for 40 years, proclaimed that this was her first time voting.

"That guy, Bernie Sanders," she said when asked about the candidate she was backing.

While Tuesday night's results were a painful moment for the Vermont senator's supporters, many Arab activists who backed him said they saw a silver lining.

"We're organised now… It was phenomenal. It was great to see how many people came out to vote," said Hussein Dabajeh, a local political consultant.

Sanders dominated the Arab-majority precincts across Dearborn, winning as much as 90 percent of the votes in some polling locations. For example, in the predominantly Yemen-American neighbourhood of the Southend, Sanders beat Biden 624 to 50, according to results from the city clerk's office.

And that came with a significant increase in turnout.

He credited Arab-American activists and organisations for relentlessly encouraging people to vote, seizing on the enthusiasm generated by Sanders' campaign.

"Bernie's energy made it easier for us, but we cannot discount the community's work... Of course, Bernie's agenda aligns with the Arab community, but I think what it has most to do with is the organisation that we formed within our community," Dabajeh said.

He noted that Arab-American turnout in Dearborn has been steadily increasing since 2012. "I think this moment is only going to grow. It's no longer our parents telling us who to vote for; it's the children telling their parents, 'This is who you need to vote for and this is why'."

On Tuesday, many voters of different ages in Dearborn told Middle East Eye that it was their first election.

"We want to make sure that everybody knows who to vote for because the right person is obviously Bernie Sanders," Moe Turani, an 18-year-old volunteer on election day, said.

"He's a man of peace, and that's what we need right now in the world."

Yemeni-American voter Said Ali, 65, has been in the United States for three decades. On Tuesday, he said he was happy to cast his first ballot for Sanders.

"He's the least bad choice," he said of the senator. "No one is perfect for us, but he's the better choice."

At the First Presbytarian Church polling location in west Dearborn, a Yemeni woman who said she was in her 80s needed help to fill out her ballot, but she knew she wanted to vote for Sanders.

Many of the older voters appeared to be backing the senator at the advice of Arab-American organisations and newspapers that have endorsed him.

"He's a very passionate leader that says a lot of things that inspire a lot of people in the community to gather around. And he's very fair to minorities and everybody," said Ali Ajami, a 22-year-old student.

Despite inspiring greater political involvement from Arab-Americans, Sanders lost Michigan by a wide margin. Still, activists say the impact of Tuesday's election is there to stay.

Dabajeh added that he would vote for anyone who is not Trump in the general elections, but he stressed that Michigan's Arab Americans can leverage their political power over Biden's campaign to push him to adopt friendlier policies to their community.

"Our community could come together and bring Biden and say: 'This is what we can do, and although we're only showing you Dearborn, we have families and networks that stretch far outside of the city, this region and the state - across the country'." US Elections 2020
In capital of Arab America, Bernie Sanders pledges to fight discrimination