Hodeidah to Sudan: A Yemeni refugee’s journey from destruction to safety

The last journalist left in Hodeidah documenting Houthi rebels' crimes is now in Sudan, still sharing the reality of relatives, friends left in the city 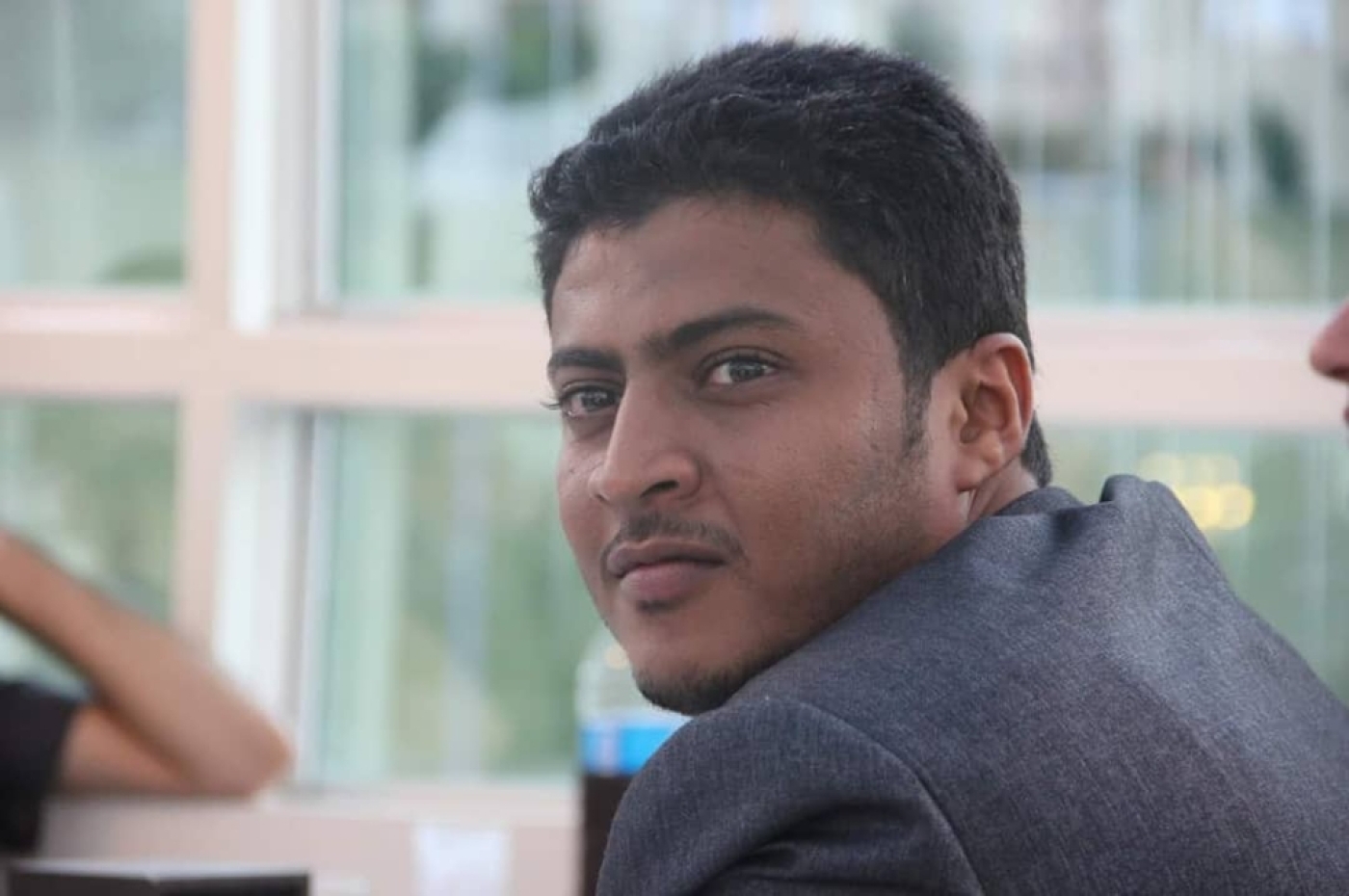 Baseem al-Jenani is an independent journalist from Hodeidah. He fled Yemen in 2015 after the Saudi-led coalition began its bombing campaign against Houthi rebels (Supplied)
By
Baseem al-Jenani
, Nadine Dahan

Baseem al-Jenani fled Yemen in 2015 after a Saudi-led coalition began it' bombing campaign against Houthi rebels, a predominently Zaidi Shia political movement, in the country. Human rights groups have accused the coalition of perpetrating war crimes and exacerbating a growing humanitarian crisis. Jenani is an independant journalist from Hodeidah.

I knew they were coming after me. I left my home and hid at a friend's house, and on the same day they raided my home. The risk was getting too high, and I knew I had to get myself and my family out. I was finally able to flee with my wife and my son.

From [the Red Sea port city of] Hodeidah we went to Aden, where we stayed for one night, and thank God, I was not recognised at any of the checkpoints. I hadn't shaved in two months, it was a difficult period and my face looked different so they didn't recognise me at all.

Then we went to Mukalla. I left my car in Aden and we got on a bus there. When we arrived, al-Qaeda, which was still in control of Mukalla at that point, started searching us and checking documentation. I gave the man my passport, on which my occupation is listed as "journalist".

He focused on that point, asking me who I worked for and which side I was on. He took us down from the bus. If I hadn't had my family with me, they would have taken me, but they took my passport and told me to contact them once we got to the hotel we were staying in.

Mukalla is a seaport city on the south coast of Yemen and is the capital of Yemen's Hadhramaut governate. The city fell to al-Qaeda in 2015 before it was take by coalition forces.

We arrived at the hotel. Not even five minutes after I called them, they came. I took my family up to the flat, and then they took my phone and searched for it and spent a long time interrogating me. They asked me, "Who sent you?" ... they thought the Houthis had sent us to Mukalla, but I had one thing that helped me. I was born in Saudi, or "the land of the two holy mosques" as they called it.

They finally believed that I probably wasn"t Houthi, but they kept my passport and I couldn"t get it from them. They would come every few nights and interrogate me again and search our phones. We stayed in this situation for a month and 20 days.

What you need to know: The battle for Hodeidah
Read More »

Eventually, I got my passport back. At first, we were trying to get to Saudi Arabia, but when I saw how they were treating people at the border, we went back to Mukalla that same night. I thought I'd rather go back and face al-Qaeda than go to Saudi.

When we went back, they didn't realise we had returned, no one searched our bus. Thankfully within three days, I was able to get a visa to Oman. We went and stayed in Oman for two days, then moved on to Jordan, where we stayed for four months.

The Houthis found out who had hidden me in their home in Hodeidah; they raided his home and arrested him. He was kept and tortured for six months because he hid me.

I was the only journalist in Hodeidah that was sharing the atrocities the Houthis were committing, and I have kept exposing their crimes after leaving. They threatened my family. My brother was stabbed on his way home.

After a while, I decided I needed to leave Jordan. My salary working as a journalist was barely enough to cover our basic needs, and Jordan is expensive. I decided to go to Sudan to try and settle down and to pursue further studies in media. I studied for a diploma for a year, starting in November 2015 before being able to start a master's. Now I am in my final year of study for the masters.

I now work as a taxi driver. That's our main source of income.

I've made new friends, and kept up work as a journalist, especially exposing the Houthis' crimes. I have been able to widen my connections with all factions, both those pro- and anti-Houthi, especially as I've always shared the truth. I share the abuses people are facing, how their rights are being violated, and have managed to form wide relationships.

I applied for Sudanese citizenship, and thanks to God, I got it. My family should get a Sudanese passport very soon. I hoped to leave Sudan to go to a European country, but with my Yemeni passport, it seems like a distant dream.

Returning to Yemen is, at the moment, impossible. I would prefer to return when things settle down completely, but if an opportunity arose for me to migrate or seek asylum anywhere, I would not hesitate.

My journalistic work will carry on, and it seems to be more effective for me to be out of the country, far from the pressures and threats inside. We get information from a number of sources. I've been a journalist for 10 years, and have my own news site with a good audience that wants to hear that news. I'm making an impact.

Being out of Hodeidah and out of Yemen, I can be more at ease without pressure and fear of being subjected to anything. I could not accept being oppressed, even if it was from someone close to me.

Leaving Hodeidah, my journey was a big risk ... even six months after I left, people still didn't believe I had escaped ... They raided my home, the homes of my family ... they offered a reward to anyone who could provide information on my whereabouts. They were offering about 20mn Yemeni rial ($79,900).

I had a lot of evidence of crimes that I was posting daily. I widened my network of sources. My website was blocked in Yemen, and now we use Telegram, and I do still share the facts of what is happening there.

I am very scared about what will happen in Hodeidah and the ongoing battle, particular seeing what is happening with the inhabitants and the displaced. The price of freeing Hodeidah will be very high, especially as the Houthis are widespread among civilians.

Hodeidah is Yemen's main city on the Red Sea and, with a population of 600,000, the fourth-largest city in Yemen. It has been under the control of the Houthis since 2014, but the Gulf coalition has imposed a blockade on the city since 2017. Operation Golden Victory was launched by a coalition of Saudi, Emirati and Yemeni forces against Hodeidah on 13 June 2018.

We are looking forward to a victory, but with the lowest possible human losses, and as little destruction as possible - this is our city and it is being destroyed, and I hope that a miracle happens and the Houthis retreat.

I miss my siblings so much. I have three brothers and two sisters, my parents are dead and I am responsible for the whole family. They are in Hodeidah and they are under serious psychological pressure, but they are the most encouraging people for me. Even though they are younger than me, they encourage me the most to never stop what I'm doing even though they are close to the source of the danger.

The Houthis tried to stop me by raiding my family's homes, but they are the ones that keep encouraging me to keep going, and the ones most comforted by the fact that I was able to leave.

I have been away from Yemen for three years now, and praise to God, I now have another son, and my wife is with me. My wife and son of course were there throughout the whole journey, which was long and difficult. From Hodeidah to Aden to Mukalla to Oman to Jordan to Sudan.

I was the only journalist left in Hodeidah sharing evidence of Houthi crimes. I do hope to return when things are back to normal, and pray for our Hodeidah to be free from all the destruction.

Islamophobia
The silence of a coward: Why I no longer play the 'good Muslim'
First Person
You might leave Gaza, but Gaza never leaves you
Abeer Ayyoub
First Person
Ankara mayor in eccentric bid to show city is back in business