When Toufic Kacimi woke up on Friday morning, he reacted with horror to reports that a gunman had killed 49 people as they attended Friday prayers at two mosques in New Zealand.

But that sense of horror was nothing new for Kacimi. Nearly two years ago, he looked on as Muslim worshippers leaving night prayers at the Muslim Welfare House in North London found themselves the target of a deadly attack by a now-convicted white nationalist.

One man was killed and 10 others had been injured in the attack. The man responsible, Darren Osborne, was sentenced to life imprisonment for terrorism-related murder and attempted murder. 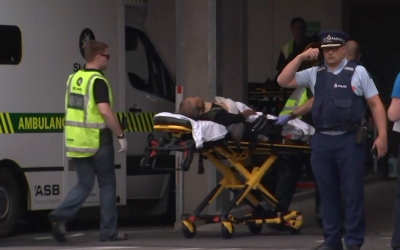 Kacimi thought he had heard the last of Osborne after his imprisonment.  His horror on Friday quickly turned to anger, when he learned that Osborne was named as one of the inspirations behind the mosque attacks in Christchurch in an online manifesto published by the alleged assailant.

"My blood boiled when I heard about it," said Kacimi, who has led the Muslim Welfare House since 2010. "What happened in New Zealand reminded me of what happened here in Finsbury Park.

"That same horrible feeling, but what have we learnt from this incident when the government is not doing anything to stop the influence of people like Osborne?"

Senior ministers in the British government came out to condemn the New Zealand attacks and ordered extra police outside mosques across the UK on Friday.

Dozens of police officers were dispatched to patrol the area around Finsbury Park Mosque as worshippers attended Friday prayers; another mosque situated metres away from the Muslim Welfare House. But Kacimi criticised the government for not doing "enough" to stop the increase of Islamophobia and described its efforts as "too little too late."

"The government and the media have both played a role in fanning the flames of Islamophobia in Britain," said Kacimi.

"If the government was doing its job, then we would see a reduction in these kind of crimes towards Muslims, both nationally and globally."

Bashir Ibrahim, 26, has lived in Finsbury Park his whole life. His brother was one of the 10 people who were injured by Osborne two years ago.

"My brother has recovered physically, but he continues to suffer mentally, and now has post-traumatic stress disorder," Ibrahim told Middle East Eye.

Standing outside the Finsbury Park Mosque, he observed the television crews setting up their satellites and cameras for a vigil that would take place on Friday evening, to remember the Muslims who had died in New Zealand.

Holding out his hand, he pointed to the crews and accused them of fuelling Islamophobia in the UK.

"The media has played a role in fanning the flames, especially when they repeatedly give platforms to people who continue to deny Islamophobia exists," said Ibrahim.

"We need to investigate the role the media plays in normalising hate because that's what happens when you invite people who deny the existence of our oppression.

"Words, after all, have consequences, and what we saw today in New Zealand and Finsbury Park two years ago is the physical manifestation of those words."

Ibrahim's concerns were echoed by Ali Mustafa, a 19-year-old student who hopes to go to university to study medicine.

Sitting in a chicken shop near the mosque, Mustafa recalls how he had witnessed the attacks in Finsbury Park and feelings of anger surrounding the reporting of the attacks. Media reports had been slow to describe the incident as a terrorist attack, he said, adding: "That was the day when I lost faith in the media."

Now preparing for exams, Mustafa like Ibrahim said he was "not surprised" by the New Zealand attacks and said they were done to scare Muslims.

"Who knows what will happen in this country, with Brexit?" said Mustafa, referring to the ongoing process of the UK leaving the European Union.

"Every time I see these kind of attacks, it's just a reminder that these racists are desperate for me to leave.

"But guess what, I was born here, raised here, and if anyone wants me to leave, well, they're gonna have a hard time telling me to go." 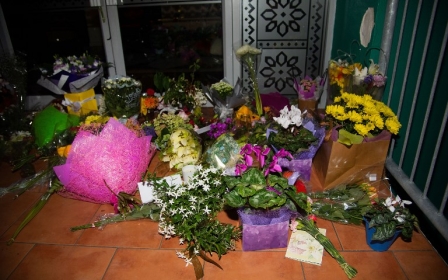 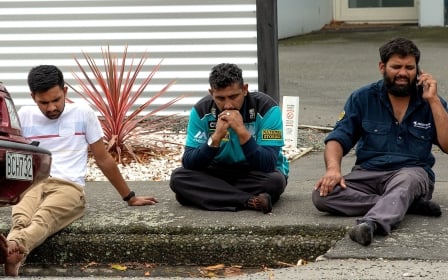