Britain to Beirut: Hundreds of Lebanese protest outside London embassy

As demonstrations against the economic crisis rage across Lebanon, Lebanese in the British capital show their solidarity, anger and humour 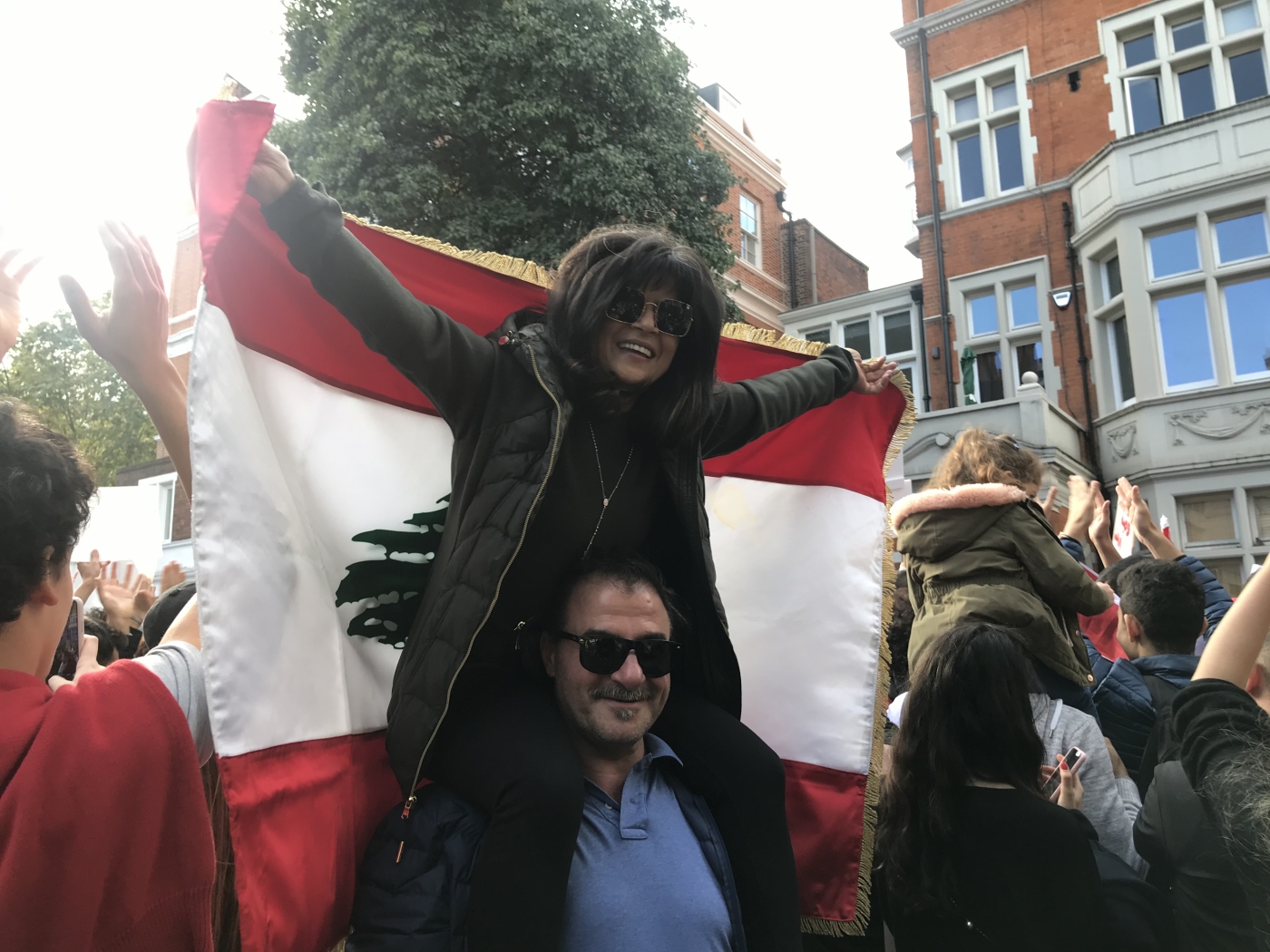 Chants of "all of them, means all of them," "the people want to bring down the regime" and "revolution" spread across the area outside the Lebanese embassy in London (MEE/Heba Nasser)
By
Heba Nasser
in
London

Though London and Lebanon are separated by some 2,500km, hundreds of Lebanese in the British capital channelled the energy of Beirut as they protested in solidarity with their compatriots at home.

At least 1,300 people massed outside the Lebanese embassy in London's Kensington on Saturday, expressing the anger, frustration and unity that have been seen across Lebanon, where protests entered their third day.

Nasri Atallah, British-Lebanese writer and documentary filmmaker, told Middle East Eye it was important for Lebanese expatriates to stage a demonstration in a show of solidarity with "the people, our friends and family in Lebanon who are going through tough times". 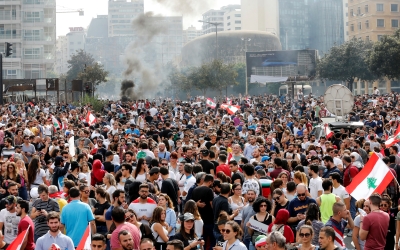 Initially prompted by a tax on calls made through phone applications, thousands of protesters hit the streets in Lebanon on Thursday to express myriad longtime grievances.

They demanded the resignation of the government over deep-rooted corruption and an economic crisis that has seen a dollar liquidity crisis, a rise in the unofficial exchange rate and tax increases.

Long the victim of a stagnant and sectarian political class, the protests in Lebanon have been noticeable for their festive, though at times violent, atmosphere.

The mood was electric during the two-hour protest in the British capital, too.

"It is cathartic to us Lebanese living abroad to be able to shout about this as well, and to participate because we feel very guilty to be away from all of this," Atallah said.

Chants of "all of them, means all of them," "the people want to bring down the regime" and "revolution" resounded outside the Lebanese embassy, as people in residential buildings stood on their balconies to watch and film with their phones.

Thousands of Lebanese live in the United Kingdom, many of whom left the Mediterranean country to seek opportunities as mismanagement and regional conflicts undermined Lebanon's economy.

"It is shameful that we had to move away from our country. They have stolen from us, ridiculed us and are taking us for idiots, while we see our families struggling over there," protester Joumana said from the shoulders of a friend, before calling on the crowd to hold a moment of silence.

Protesters widely relied on humour in the banners they carried, with one saying "IKEA has better cabinets," in reference to the famous Swedish furniture store, and another calling for a "Brexit" of Lebanese politicians.

"I want to be able to live in my country, with family and friends. I've been an expat for five years and I'd rather not be an expat. Enough, we are tired," said Ramzi, a 26-year-old protester who said he had travelled from Belgium for the protest.

Lebanon declared a state of economic emergency last month, vowing to speed up public finance reforms in an acknowledgement of the financial situation afflicting the country.

But the government's recent proposal of austerity measures, including tax increases, has angered citizens who say the proposed solutions would only hurt them further, while the political class remains untouched. The final straw for many was the government proposal to tax calls made over applications such as WhatsApp, which authorities have since backed down from since the protests erupted.

'They have stolen from us, ridiculed us and are taking us for idiots'
- Joumana, a protester

"We don't have jobs, there is no money, no opportunities. I'm looking around me here, and seeing the number of young expats in London breaks my heart to be honest," Simi Merheb said despondently.

The Lebanese diaspora worldwide is estimated to be around 14 million people, although there is no official figure.

"I'm protesting because we live here [in London] for a reason, so I want Lebanon to be a better place for us to return to and raise our kids there," said Maria, who had come to the protest with a group of friends.

Rivalries between political parties have also greatly exacerbated Lebanon's economic decline, which has been further weighed down by a national debt of $86bn - more than 150 percent of gross domestic product.

The government is keen to implement austerity measures in order to unlock $11bn in economic assistance pledged by international donors last year.

Outside the embassy, protester Samir hoped the new generation would understand the power of protesting.

"It's gotten to a point where our country doesn't let us live in it, so we have to leave it," he said. 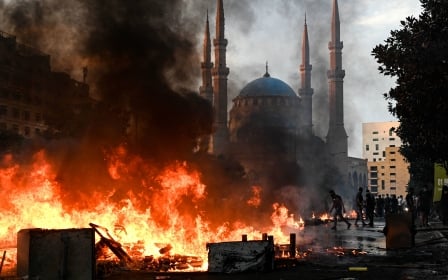