The suspect behind the Finsbury Park mosque attack was named on Monday as Darren Osborne, a 47-year-old married father of four, living in Cardiff.

Osborne was arrested after a van rammed a crowd outside the north London mosque at about 12.20am on Monday. Ten people were injured, and an elderly man who suffered a heart attack died.

Witnesses said the driver of the vehicle had shouted "I want to kill all Muslims" and "this is for London Bridge," before he was restrained.

Police were on Monday searching an address in a cul-de-sac close to Cardiff golf club in the northeast of the city suburbs.

According to UK security minister Ben Wallace, Osborne was not known to the government, reported the Guardian.

“What I can say on this case is this individual, so far as we know at the moment, was not known to us, but we are aware of a rise in the far right,” said Wallace.

"This was quite clearly an attack on Muslims who looked like they were probably Muslims and they were coming from a prayer meeting,” said Dick.

“We treat this as a terrorist attack and we in the Met are as shocked as anybody in this local community or across the country at what has happened.”

The suspect's mother expressed shock at knowing that her son was behind the attack. She described Osborne as a "complex" person, in an interview with ITV News.

"I’m not going to defend him, but he’s my son and it’s a terrible, terrible shock," she said. "It’s not just robbing a bank, it’s an atrocity. And at this moment in time, I can’t cope with it, I can’t. I don’t want to say anything more."

The suspect has been described by neighbours as “aggressive”. The weekend before the tragedy, he called the 12-year-old son of his Muslim neighbours “in-bred,” the Guardian reported.

The Met police said in a statement: “At this stage in the investigation, it is believed that the suspect acted alone but we are of course investigating all the circumstances leading up to the attack.”

Local youths told Middle East Eye they were forced to restrain the alleged attacker themselves for between 10 and 20 minutes. Ahmed Hajji, a 23-year-old local to Finsbury Park, said: "The police arrived late, which forced us to do a citizen's arrest of the man so he would not get away.

"Local youths, who are always demonised in this area, were the ones that saved the day."

Abdi, another local who wanted to be identified only by his first name, said the attacker shouted "this is for London Bridge" - a reference to an attack by three men earlier this month. The man added "Just kill me, just kill me" as he was taken away by police, Abdi said.

Osborne was protected by an imam at the mosque, Mohammed Mahmoud.

“There was a mob attempt to hurt him, so we pushed people away from him until he was safely taken by police,” Mahmoud said. He waved to onlookers from the back of the police van as he was led away.

Islamophobia
Mosques in the Netherlands investigated by private companies: Report
Germany
Islamophobia in Germany: 'I am not even seen as a person'
Hebh Jamal
Islamophobia
Imran Khan: Macron’s Islamophobic rhetoric stoking 'cycle of violence' 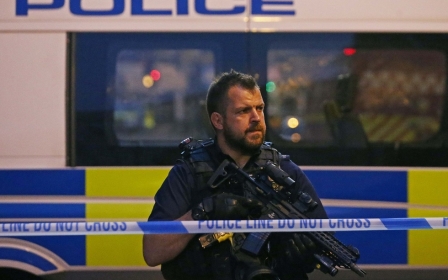 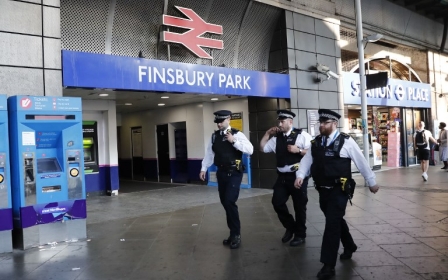