Inside the Bardarash refugee camp, Syria’s Kurds await their fate

More than a month after Turkey launched a military operation against Kurdish fighters in northeast Syria, civilians are still arriving daily at an Iraqi refugee camp 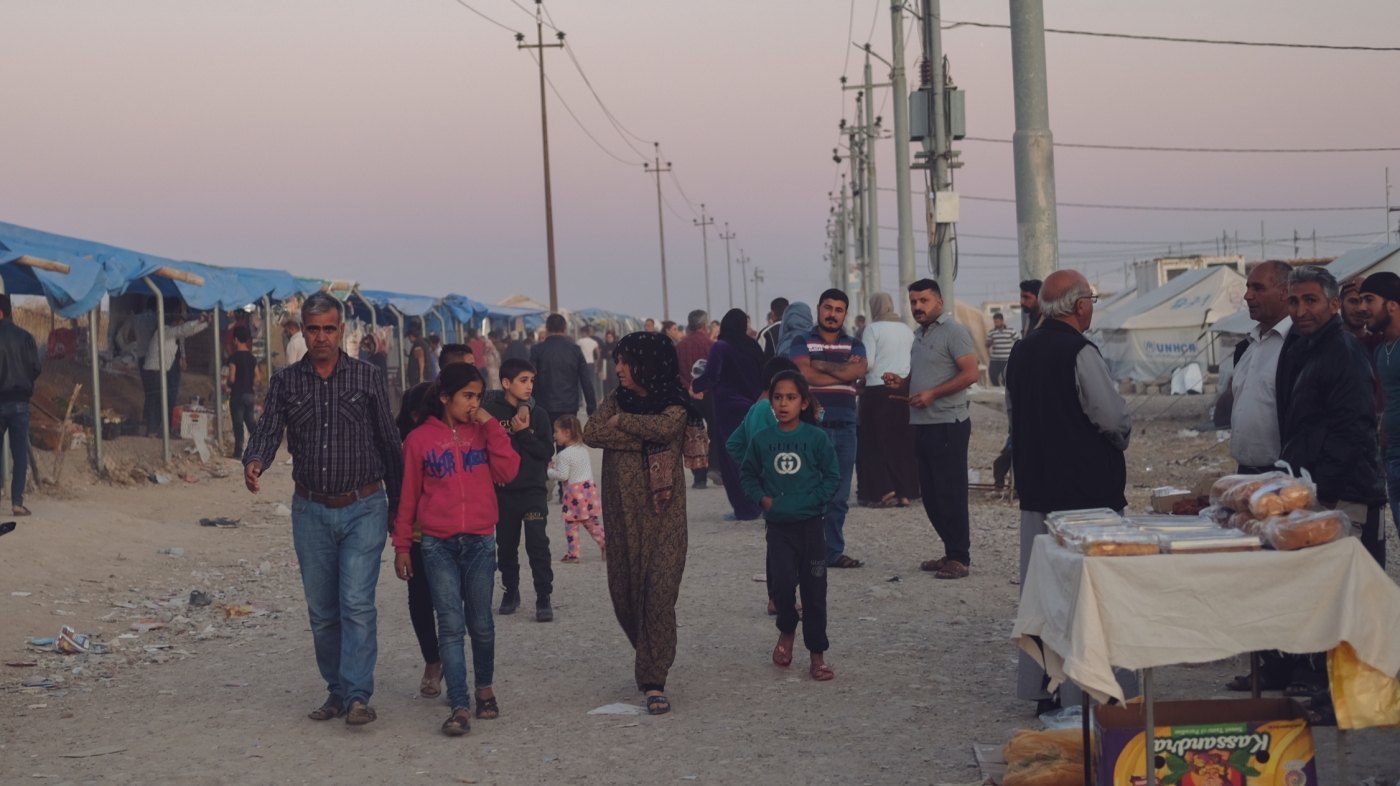 When the shelling started in the Syrian border town of Qamishli, Kazim Hussein Ibrahim grabbed his young children and threw what he could into bags.

Under the cover of darkness, the family of five travelled for hours on horseback before walking the final stretch to the Iraqi border.

“We crossed like dogs,” Ibrahim said of his escape from northeastern Syria. “We were afraid, but there was no other option.” What are the real reasons for Turkey's operation in Syria?
Read More »

Ibrahim and his family are among the more than 16,000 Syrians, mostly Kurds, who have crossed into Iraq’s semi-autonomous Kurdish region as a result of Turkey’s cross-border operation.

In October, Turkish troops and allied Syrian rebels launched a ground and air attack on the Kurdish People’s Protection Unit (YPG), which Ankara views as an extension of a militant group that’s carried out a decades-long insurgency in Turkey.

Kurds say the operation, aimed at creating a buffer zone in which to send some of the 3.6 million Syrian refugees currently living in Turkey, amounts to ethnic cleansing.

Despite an October agreement reached by Russia and Turkey designed to halt the fighting, Syrian refugees are still arriving daily at Iraq’s northern border.

Near the Kurdish Iraqi city of Dohuk, Bardarash camp - which formerly housed internally displaced Iraqis who had fled violence related to the Islamic State militant group - is packed with families sheltered in rows of hastily constructed white tents.

Roughly 75 percent of the residents are women and children.

Syrians from all socioeconomic backgrounds populate this camp. Those who can afford it buy food and other goods at a makeshift market, but several of the families say they spent nearly all of their money on the smugglers who brought them here.

Newly arrived refugees describe getting turned away at the border by Kurdish security forces who aid workers and refugees speculate are trying to prevent the area from being depopulated of Kurdish civilians.

One refugee said border guards on the Syrian side fired shots in her direction that she believes were intended to scare her group away.

“We gave them all we had,” said Sanaa Muhammed, another refugee in Bardarash who sold her jewellery to afford the cost of a smuggler.

“There were some old people with us, and some of them fell walking. It was so hard to breathe.”

Running from rebels and Assad

Newer arrivals to Bardarash camp say they ran from the Turkey-backed proxies - Syrian rebels who formerly fought pro-Syrian government forces - and are now operating under the banner of the Free Syrian Army (FSA).

The roadside killing of Hervin Khalaf, a prominent female Kurdish politician, at the hands of Islamist rebel group Ahrar al-Sharqiya was condemned by the United Nations as a possible war crime.

“We were scared they would come at night and slaughter our children and rape our women,” said Rojeen, a Kobane resident who fled a week ago with her husband and young son. “We saw what happened in Afrin.”

'We are scared they will capture us and take us to Syria, you cannot get away from the regime'

A two-month-long operation in 2018 aimed at clearing Afrin of Kurdish fighters triggered a mass exodus of residents who rights groups say were abused by Turkey’s allied fighters.

Adding to the concerns of some young men in this camp is the fear of conscription in the Syrian government army.

In exchange for protection from the Turkish onslaught, Kurdish forces struck a deal with President Bashar al-Assad in October that saw the return of Syrian troops to the area for the first time in years.

Military-aged men, journalists and activists who oppose Assad risk punishment in one of the Syrian government's notorious prisons, where thousands of detainees have died of torture during Syria’s eight-year war.

“We are scared they will capture us and take us to Syria,” said one 20-year-old man, who feared even giving his first name could lead to trouble for his family still in Syria. “You cannot get away from the regime.”

Many in Bardarash camp, especially those with relatives elsewhere in Iraqi Kurdistan, weren’t expecting to stay for long.

A few spoke of escaping through a hole in the imposing chain-link fence that envelops the camp, but they know they won’t get far.

The Kurdish forces manning the nearby checkpoints on the major roads are likely to intercept them.

Colder weather is setting in, and 15-year-old Hozan* has only the clothes he arrived in. He and his older sister arrived here alone last month and had planned to stay with relatives in the Iraqi city of Suleimaniya.

But like many in this camp, the Kurdish security forces known as Assayish haven’t yet cleared them to leave.

“Every time, they find excuses to not let us go out,” said Hozan. “It’s like a prison for us.”

*The name was changed for safety purposes. 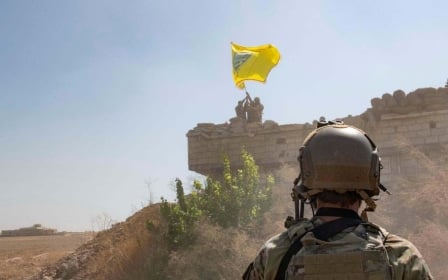