Members of the group confessed that they had abducted some children from parks and playgrounds, but said many were sold to them by parents who could not afford to raise their own babies. (AFP/File Photo)
By
MEE correspondent

Authorities in Mashhad, Iran's second-largest city, have taken down a baby trafficking ring selling newborns for between 150-200 million Iranian rials (roughly $600-$800 on the open market), according to Khorasan daily.

The gang operated in various Iranian cities and was led by a young woman, the paper added.

Members of the group confessed that they had abducted some children from parks and playgrounds, but said many were sold to them by parents who could not afford to raise their own babies.

These families, who were predominantly poor, were given up to $400, according to the gang leader.

This is the second large-scale baby smuggling ring shut down in Iran since May 2020.

Iranian police provide no data about babies being bought and sold nor about the criminal groups involved.

Iran has little legislation to prevent the trafficking of children.

New defence chief on board with Iran’s missile programme

IRGC commander Major General Hossein Salami and the commander of the IRGC Aerospace Force, Brigadier General Amir Ali Hajizadeh, held the meeting with Ashtiani amid a deadlock in negotiations between Iran and western powers over a potential revival of the 2015 nuclear deal, the paper reported. 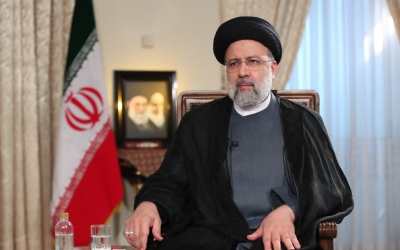 The IRGC commanders stressed that cooperation with Iran's official army would increase under the presidency of the ultraconservative Ebrahim Raisi, who has appointed members of IRGC to his cabinet.

Meanwhile, Iran's Young Journalists Club (YJC), which is affiliated with the country's state broadcaster, revealed new details about Iran’s Tabas air defence system, which is designed and manufactured by the IRGC Aerospace Force.

Under the headline, "Inexpensive hunt down of the enemy's expensive planes", YJC reported that the Taer C2 radar-guided missile that Tabas uses has a range of 75-90 kilometres.

In another show of military power, commander of the army airborne division General Yousef Ghorbani announced in Isfahan, central Iran, that the range of missiles used by the army's attack helicopters had increased.

Ghorbani added that the army was equipping its helicopters with a locally developed night-flight system, without providing further details.

Following a rare visit to one of the leaders of the 2009 Green Movement under house arrest, a prominent reformist figure has urged authorities to curtail the punishment.

In an article published in the Etemad daily, reformist politician Mohammad Ali Afshani wrote that he had met with former parliament speaker Mehdi Karroubi for the first time since his house arrest began in February 2011.

Karroubi, ex-prime minister Mir Hossein Mousavi and his wife Zahra Rahnavard have been under house arrest since early 2011 for their role in the 2009 Green Movement, which rose against what was widely perceived as a rigged presidential election that saw Mahmoud Ahmadinejad win a second term.

Afshani wrote that during the two-hour talk with the reformist leader, they analysed the country's political situation and the reformists' defeat in recent parliamentary and presidential elections.

Iranians' consumption of red and white meat has halved over the past ten years, as international sanctions have crushed the country’s economy and pushed millions of middle-class Iranians into poverty.

According to a report by Iran's centre for statistics, Iranians consumed an average of 13 kilos of red meat and four kilos of fish in 2012. These numbers dropped in 2020 to seven kilos and two kilos respectively - and experts expect them to continue falling.

Consumption of dairy products has also decreased, according to the report.

Iranian nutritionists warned that with poverty on the rise, millions of Iranians will soon likely suffer from some form of malnutrition.

The first round of international sanctions on Iran's oil export and banking system began in 2012.

The international community dropped many of the sanctions on Iran in 2015 in exchange for limitations imposed on the country’s nuclear programme.

In 2018, however, Washington unilaterally withdrew from the deal and reimposed the former sanctions, adding more than one thousand new ones, which hit Iran's economy hard.

Already hamstrung by corruption and delapidated infrastructure, the country has since encountered its worst economic crisis since the 1979 revolution. 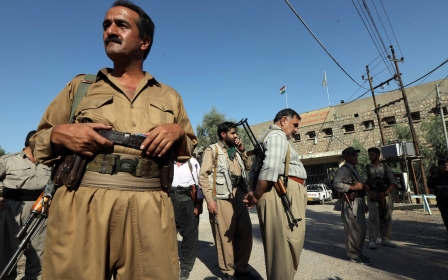 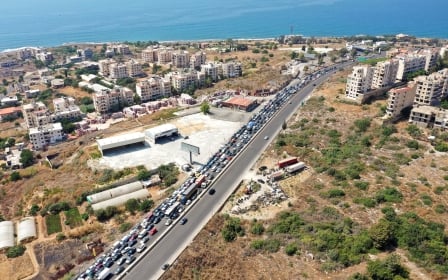 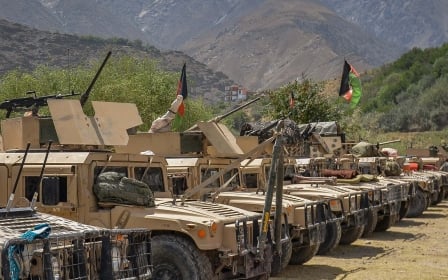