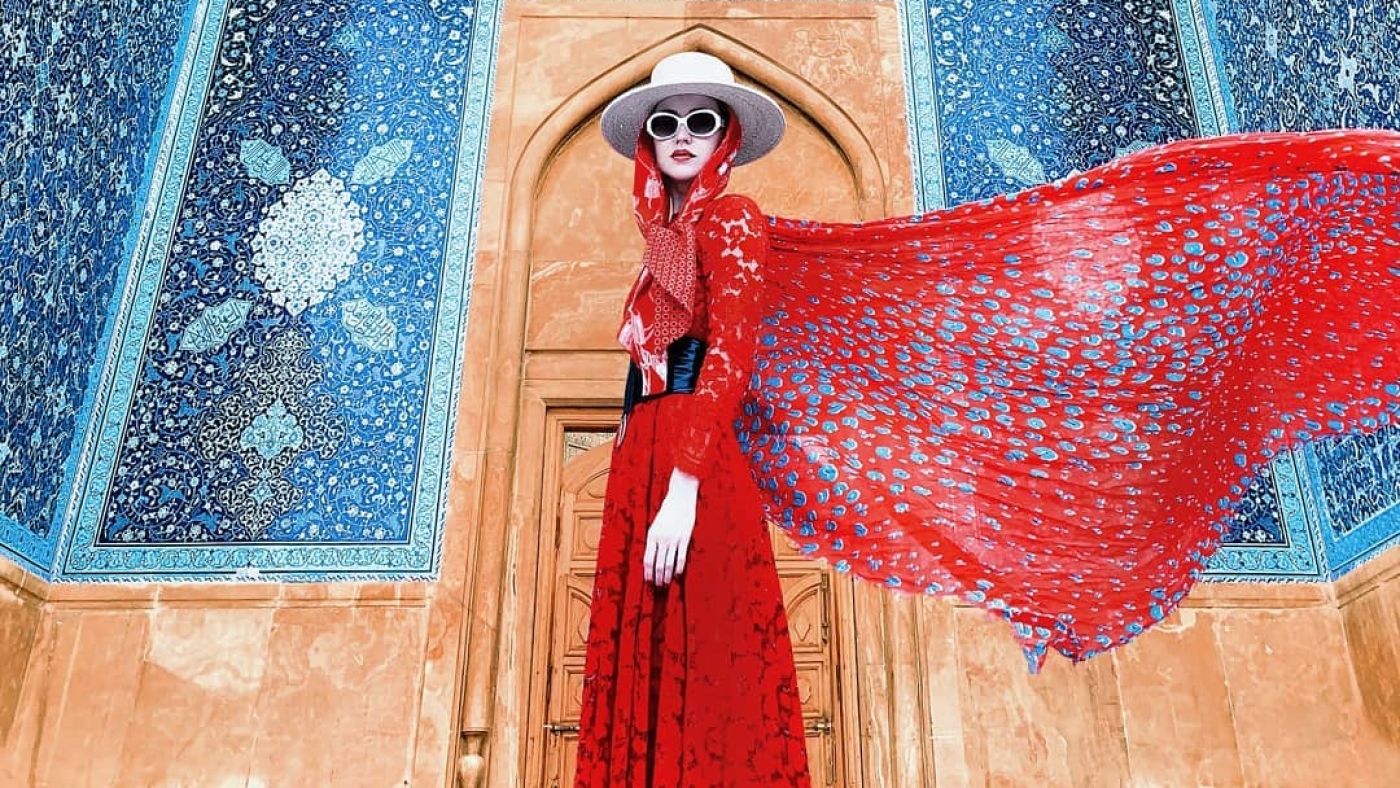 Several Western countries, led by the USA and Canada, have recently issued warnings against travelling to Iran (Feel Iran/Instagram)
By
Maysam Bizaer

An international travel campaign launched in Iran earlier this month by a social media influencer to encourage people to visit the country has triggered a backlash, with critics describing it as an attempt to whitewash the reality of living in the Islamic Republic.

Those angered by the Feel Iran campaign say it is only showing picturesque aspects of the country at a time when many Iranians are suffering from harsh economic conditions or facing major social and political crackdowns.

The campaign - managed by Hoda Rostami, a popular global traveller and social media influencer in Iran, and widely believed to be backed by the government - is the second part of an initiative that was first launched in August 2019.

The images and videos for the campaign have been put together by Rostami along with other international bloggers, influencers, and photographers.

While the first campaign received a relatively positive response both inside and outside Iran, the second attempt has outraged many Iranians.

In a country where women are often subject to harassment by the morality police for failing to observe Iran's strict dress code, a photo of Rostami talking to a man while not wearing a hijab drew particular attention from Iranians, especially women.

One user who shared the picture tweeted, “seriously, in which restaurant and public space are we Iranian women able to sit with such a dress?... Which Iran is this woman talking about?”

Another Twitter user shared an image from Rostami’s Instagram page of her without a hijab, juxtaposed next to an image of an Iranian women’s rights activist who was sentenced to several years in jail for removing her hijab.

The user points out that in the first picture the viewer sees Rostami - “an influencer tasked with beautifying the obligatory hijab” - while in the other picture they see Saba Kord Afshari, who has been sentenced to 24 years in prison for "spreading corruption and prostitution by removing her hijab in public”.

Some Iranians have also criticised the campaign as being particularly badly timed, as it promotes the mandatory hijab at a time when society is demanding a change in the country's strict dress codes.

One post, in particular, has infuriated Iranians, in which one of the foreign influencers taking part in the Feel Iran campaign praises the hijab as “a very good thing which also protects the skin from the sun”.

Images of Iranian women being harassed by the country’s morality police have become a popular trend on social media.

In one high-profile case, Reza Moradkhani and his wife Maria Arefi - both national boxing champions - were attacked by the religious morality police in April while they were in a public park. Officers warned Arefi, who was with their 11-month-old daughter, about her hijab, before shooting Moradkhani in the leg after he objected to their treatment.

Following the report, several Iranians wrote on social media about incidents between themselves and the religious morality police.

Despite the criticism, Rostami has also received backing for her campaign.

Many of her supporters have thanked her for showing the beauty of Iran to the world through international influencers.

They have also accused her opponents of being “irrational” or “enemies of Iran” who are against any effort to show the country in a good light at a time when international mainstream media generally portrays a negative image of Iran.

Ali Nasri, one of those who tweeted their support for the campaign, said that the volume of attacks against Rostami in “cyberspace and the Persian-language media” was not proportionate to “her crime”.

Nasri argued that such campaigns were not meant to destroy the country’s tourism industry and rather served as a “learned lesson” for any Iranians who dare to take a step towards demonstrating the continuity of life – despite all its problems – in Iran.

Defending herself on her social media accounts following the backlash, Rostami said that her efforts were only meant to “encourage tourism” and to “light a candle instead of cursing the darkness".

However, critics said that Rostami is playing the role of a victim, while state media’s subsequent coverage of her campaign was perceived by many as proof that her initiative was supported by the Iranian authorities.

A significant number of Iranians describe the portrayal of Iran in the campaign as “unreal” and only projecting an image that the authorities want foreigners to see.

In the face of criticism, government media has continued to argue that Rostami’s tours are merely part of the private sector’s efforts to boost Iran’s tourism industry in response to Western efforts to prevent the revival of the sector in the post-pandemic era.

Before the Covid-19 outbreak in 2019, Iran’s income through the tourism industry reached over $11bn, with the World Tourism Organisation ranking Iran as the second-fastest growing country in tourism.

Several Western countries, led by the USA and Canada, have recently issued warnings against travelling to Iran.

Canada warned its citizens against all travel to the country “due to the volatile security situation, the regional threat of terrorism and the possibility of arbitrary detention". Inside Iran
Two Iranian aerospace officials 'martyred while on mission'