Iran nuclear deal: Israel says to work closely together with US amid Vienna talks Israel will work closely with the United States to ensure that a new nuclear agreement would not compromise its regional security, Israeli Defence Minister Benny Gantz told his US counterpart on Sunday.

US Secretary of Defence Lloyd Austin is on a two-day trip to Israel, in the first high-level visit from the new US administration and which comes days after indirect talks on reviving the 2015 Iran nuclear deal were relaunched in Vienna.

Austin told his host that Washington views the alliance as central to regional security as well as being "enduring and ironclad". Republicans are ramping up opposition to Iran deal. Does it matter?
Read More »

Israel has fiercely opposed the nuclear deal since it was being negotiated during Barack Obama's administration. The Biden White House has sought to reassure Israel on regional security issues while restarting talks.

Austin is also due to meet Prime Minister Benjamin Netanyahu during his trip, which officials said would include discussions of US arms supplies to Israel.

The Pentagon said last week that Austin, Netanyahu and Gantz will "continue close consultations on shared priorities, and reaffirm the enduring US commitment to the US-Israel strategic partnership and Israel's Qualitative Military Edge".

Netanyahu had applauded former president Donald Trump for withdrawing from the Iran nuclear deal and imposing sanctions on Tehran, which responded by stepping back from several of its commitments under the agreement.

In the latest breach of restrictions, Iranian President Hassan Rouhani announced on Saturday that it had started up advanced uranium enrichment centrifuges, while reiterating Iran's commitment to nuclear non-proliferation

Rouhani inaugurated a cascade of 164 IR-6 centrifuges for producing enriched uranium, as well as two test cascades - of 30 IR-5 and 30 IR-6S devices - at Iran's Natanz uranium enrichment plant, in a ceremony broadcast by state television.

On Sunday evening, nuclear chief Ali Akbar Salehi said that an incident at Natanz facility reported earlier in the day as was a result of a "terrotist" act.

Iran said hours earlier that a problem with the electrical distribution grid of the Natanz site had caused an incident, but reported no casualties or damage.

Austin's visit comes as discussions in Vienna between Iran and states party to the agreement - Germany, China, France, Great Britain and Russia - on how to reintegrate the United States restarted last week. The talks, in which European Union officials are shuttling between the remaining parties to the deal, have so far been inconclusive and are set to resume next week.

Washington has predicted an impasse if Tehran sticks to a demand that all sanctions imposed since 2017 be removed.

Saudi columnists on Sunday expressed concern that western states were not taking a tough enough stance in the indirect talks. Saudi Arabia is another staunch critic of the deal, which it says does not address Iran's wider regional behaviour.

"There is Gulf apprehension regarding the Vienna talks," Tariq al-Humaid wrote in Saudi-owned Asharq al-Awsat newspaper.

"Iran is specifying its terms and the timing whereas all the West wants is a deal as soon as possible ahead of Iranian elections," he said, referring to June presidential polls.

Saudi Arabia, which has been locked in several proxy wars with Iran in the region and is concerned about Iran's ballistic missiles, supported Trump's campaign of maximum pressure on Tehran.

Among those proxy conflicts is most notably the war in Yemen, on the border with the Saudi kingdom.

Saudi Arabia and its allies have said Gulf Arab states should be included in any negotiations on a new nuclear deal.

A senior member of the Saudi royal family, Prince Turki al-Faisal, told a virtual forum hosted by Bahrain's Al Bilad newspaper on Thursday that he was concerned Washington would buckle.

"A return to the [nuclear] agreement will not resolve the danger... but could fuel conflict and push regional states to look at other options to maintain security and stability," Turki said. 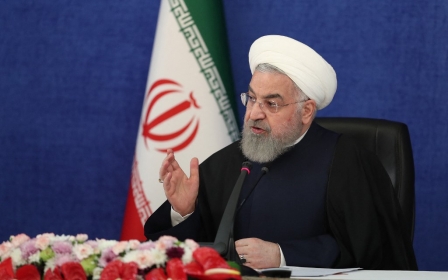 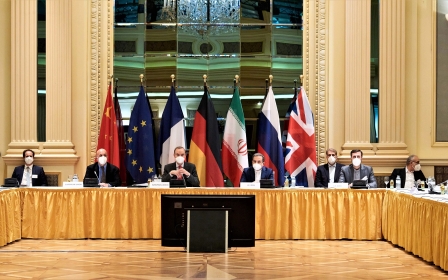 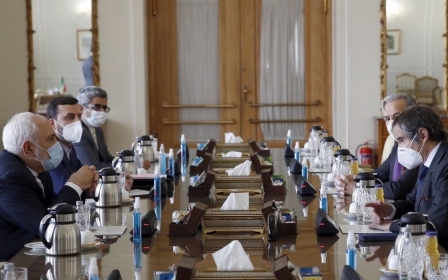