As Biden led race and the rial strengthened, Iran's hardliners looked to their own interests and voiced support for US president Joe Biden’s victory in the US presidential election, raising hopes of a less harsh policy towards Tehran, has seen a rare of strengthening of Iran's rial and consequent decrease in the price of goods such as mobile phones, cars and even property.

However, US President Donald Trump's initial lead on election night, along with his refusal to concede the race, has led to a rollercoaster couple of weeks for Iran's currency and unexpected support for Trump from the country's hardliners.

In the run-up to the election, with Biden leading in opinion polls, the rial had strengthened to around 275,000 to the dollar, with many in Iran predicting an end to Washington's “maximum pressure” policy, which had made their lives so difficult. However, as results began to come in during the first few hours after the election, appearing to show Trump leading in some swing states, the currency weakened to around 290,000 rial to the dollar, with many people watching the live results fearing the pollsters had been wrong.

But as the mail-in votes started to be counted, the rial bounced back, eventually being traded at about 220,000 rial to the dollar on the day Biden was finally projected as the winner by US networks.

As Trump then began casting doubt on the legitimacy of the election, black market currency dealers and political hardliners came together in an unlikely alliance in a bid to try to prevent the rial regaining value.

Dealers were desperate to prevent further losses that they had suffered through the strengthening of the currency.

While hardliners considered any appreciation in the currency's value would empower the administration of Iran’s weakened President Hassan Rouhani, and tie Iran’s 2021 presidential election to the fate of possible US-Iran negotiations.

The hardline news agency Tasnim quoted an economic expert as saying: “Analysts believe that the government [strengthened the] rial in order to make the country and people inclined towards negotiations [with the US].”

At the same time, black market dealers, who have hundreds of economic news channels on Telegram, republished state TV’s claims about a likely Trump victory, while reposting Trump’s constant tweets about how he would prevail.

As a result of the synchronised action, and despite Biden now widely expected to become president, the rial has devalued to some extent, reaching around 258,000 to the dollar on Tuesday.

With the prices of property and other goods, such as mobile phones and cars, which are strongly pegged to the dollar, having initially fallen on the expectation of a Biden victory, the actions of the hardliners did not go unnoticed.

The moderate Jomhuri Eslami newspaper spoke of a "mafia consortium preventing the continued fall in the value of [the] dollar [against the rial]” and the price of goods.

“Unfortunately, we have more than one government, and the ‘Mafia consortium’ in our country thwarts all government plans and policies at home and abroad," said Jomuri Eslami.

"It is even more unfortunate that this ‘Mafia consortium’ also calls itself revolutionary."

Albert Boghosian, an economics professor at the University of Tehran, told MEE: “With attention to Biden’s slogans about rejoining the nuclear deal, the fall in prices and the strengthening of the rial was a logical expectation.”

“During Trump’s tenure, with a new round of sanctions applied every so often, we saw the negative impact on the value of Iran’s currency.

"Therefore, we would face the opposite of it with Biden in office. That means Iran’s rial will appreciate again and again as Biden lifts different sanctions one after another.”

Following the US withdrawal from the nuclear deal with Iran in 2018, the rial devalued sharply, falling from 70,000 rial to the dollar to around 150,000 rial a few weeks later.

As Trump’s administration began announcing new sanctions against Iran every few weeks, the depreciation continued, hitting its lowest level on 18 October when it traded at about 320,000 rial to the dollar. The unprecedented devaluation of the rial since 2018, saw the prices of cars and property skyrocket, with many forced to leave central Tehran for the suburbs.

The Entekhab news site reported that the prices of apartments in Pardis, a city in Tehran Province, have dived by 15 percent.

Mohsen Isa-zade, an estate agent in the northern Manzariyeh neighbourhood of Tehran, told MEE: “The thing is that the market is still not sure about Biden’s victory, but as the dollar was decreasing we were sensing some changes.

"But now everything has been tied to the formal announcement of Biden’s success in the US presidential race.

"In such a case, with the rial being strengthened, we can see the house prices coming down by 30 percent.”

Mohammad Eslami, Iran’s minister of roads and urban development, also said that the continuation of the rial’s strength would decrease house prices.

'Waiting for a free fall'

Other goods have been even more affected by the rial's rapid recovery.

The mobile phone market is one of Iran's most lucrative businesses and is highly affected by the dollar’s value as nearly all the mobile phones are imported from overseas.

Mobile phones initially witnessed a sudden drop in prices Biden's projection as winner, but Trump’s lawsuits have put a stop to the trend.

Ali Jahanshahi, a store owner in the Aladdin complex, a busy centre for mobile phone sales in Tehran, told MEE that: “We buy and sell mobile phones based on the daily rate of the rial against the dollar. The mobile phones prices are still high but are starting to fall.

'I think when Biden’s victory becomes certain, the rial will appreciate to the extent that it will be traded at about 150,000 rial to the dollar.'

"Our sales have reduced as people are waiting for a free fall in prices following Trump’s official failure in his lawsuits.

"I think when Biden’s victory becomes certain, the rial will appreciate to the extent that it will be traded at about 150,000 rial to the dollar."

Maysam Fathi, a business owner in Tehran’s grand bazaar, seen as the economic pulse of Iran, told MEE: “The prices were plummeting but when it was announced that Trump had filed some lawsuits, everything stopped.

"But if Biden wins the election, we will have more reductions in prices, let alone rejoining the JCPOA (nuclear deal).” 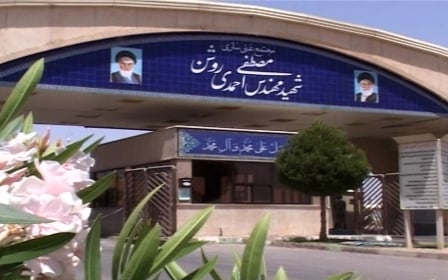