Iranian press review: Pets of Iran's rich are getting facelifts and tummy tucks 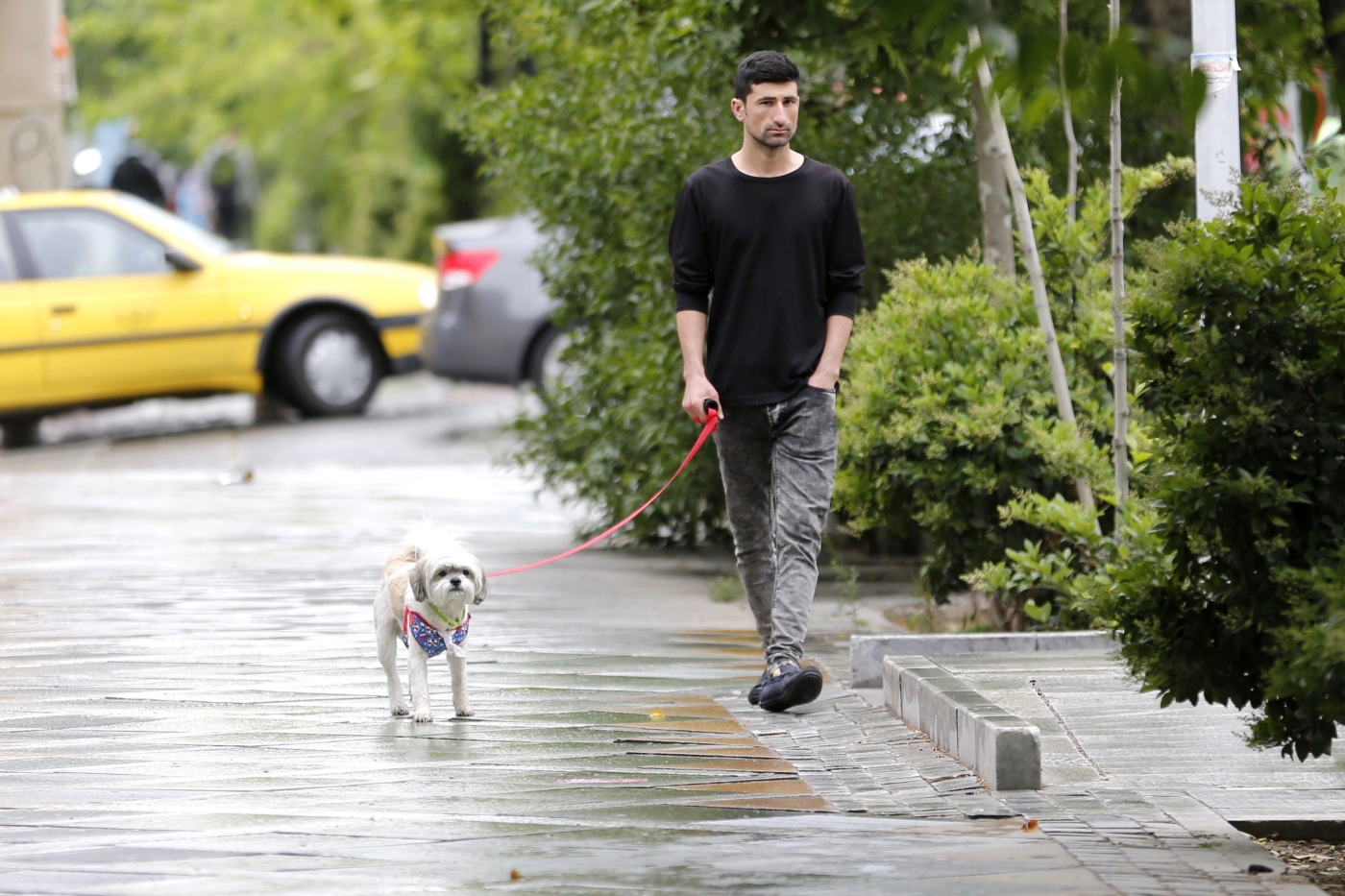 Botox, nose jobs, facelifts, breast reductions and devocalisations are some of the surgeries that affluent Iranians are giving their pets (AFP)
By
MEE correspondent

The number of veterinary clinics performing cosmetic surgery on pets in Tehran is on the rise, the Khorasan daily reported.

Tens of pet clinics in the Iranian capital contacted by the paper were fully booked for the next few weeks. This at a time when the government has reimposed restrictions on gatherings, wedding and funeral ceremonies and unnecessary activities to stem a surge in coronavirus cases. Ear-cropping and tail-docking for dogs, as well as tummy tucks for cats, are the most popular pet surgeries in Iran, the Khorasan wrote.

Botox, nose jobs, eyelifts, breast reductions, facelifts and devocalisations are other common surgeries for which affluent Iranians put their pets under the knife.

According to a table published by the daily, pets nose jobs are the most expensive cosmetic procedures, costing between 150m and 200m Iranian rials (between $750 and $1,000).

“These days, due to the high inflation rate, many people face difficulties to put bread on the table and to find a place to live in,” the Khorasan wrote. “On the other hand, a group of people easily spends tens of millions on their pets.”

A labourers' minimum monthly wage in Iran is less than $100.

The near-miss that took place last week between two US fighter jets and an Iranian passenger plane has fuelled speculations in Iran that US President Donald Trump is seeking a minor military confrontation with Iran to use in his re-election campaign. On 23 July, two F-15 fighters came close to a Mahan Air passenger flight en route to Beirut from Tehran, causing the pilot to nose-dive to avoid a collision. Several passengers were injured in the incident.

The incident has sparked theories among Iranian politicians and foreign policy experts.

Analysts have warned that following the unsuccessful US maximum pressure policy and Tehran’s reluctance to sit at the negotiation table with Washington, Trump is seeking a limited military faceoff with Iran to improve his standing in the race with Joe Biden.

In an editorial for the Aftabe Yazd daily, Morteza Makki, an analyst close to the foreign ministry, wrote that the Trump administration would increase its provocative military manoeuvres against Iran ahead of the November presidential elections.

“This [incident] was also a warning sent to Iran and Syria, announcing that the Syrian air space is not safe for Iranian planes,” Makki added.

In an Interview with Tasnim news agency, foreign policy expert Hadi Afghahi suggested that Trump desired “a new adventure” to make himself a national hero to his supporters in the upcoming elections.

“For how long can Trump play with the card of Major-General [Qassem] Soleimani’s assasination,” Afghahi was quoted by Tasnim as saying.

“People don’t buy it anymore, so he is looking for a new adventure against Iran to present it as a victory and use it in the elections race,” he added.

Parliamentary foreign policy adviser Amir Abdollahian, in an interview with Iranian state television (IRIB), asked whether the fighter jets' aim might have been to trick Syria's air defence system into mistakenly hitting the passenger plane.

“This was not the first time that US fighters had inspected our passenger planes in Syrian airspace,” Abdollahian said in the interview.

“But this time the fighters dangerously came close to Mahan Airs’ passenger plane and carried out hazardous manoeuvres from behind and above, attempting to hide behind the Iranian plane,” he said.

“Any criminal action by Americans will undoubtedly speed up the humiliating extermination of arrogant [regimes] of the region, specifically the sinister Zionist regime,” Ghalibaf wrote on Twitter.

Considering the timing of the incident, rightwing politicians invoked the downing of Iran Air flight 655 in July 1988, suggesting that the US was persuing the same aggressive strategy against Iranian civilians to exert more pressure on the country.

“Since the downing of the Iran Air flight 655 in the summer of 1988, until the threatening of Mahan’s plane in the summer of 2020, Americans’ goals have not changed, [which are] endangering the lives of Iranian civilians to reach their vicious targets,” Iranian legislator Mohammad Ebrahim Rezaei wrote on Twitter.

A media interview with Iranian journalist Ruhollah Zam, who is currently facing the death penalty for his work, has triggered support for him despite his poor journalistic record.

Zam, son of powerful cleric Mohammad Ali Zam, who disappeared from Iran’s political scene in 2010, lived in France in exile before his arrest in Iraq and extradition to Iran.

Zam has appealed against the court order and a branch of Iran’s Supreme Court has received his request, local media has reported.

The arrest and verdict has been controversial in Iran due to the nature of Zam’s arrest, his rapidly issued death sentence and his 10 July interview broadcast by IRIB, a media outlet run under the direct supervision of Iran’s supreme leader. Zam was the editor of Amad News channel on the messaging app Telegram during the 2018 unrest in Iran.

Despite publishing some fake news content, Amad News was popular in Iran and its editor had over a million followers on social media platforms.

Zam's recorded interview on IRIB has turned him into a hero among some Iranians, who thought the programme was an interrogation and not an interview.

Zam appeared tired and distracted during the 35-minute conversation. He challenged the interviewer when he referred to the 2018 demonstrators as rioters. “They were protestors not rioters,” Zam said.

At the end of the interview, when the IRIB journalist asked Zam that if he was the judge assigned to his own case, what verdict would he have ordered, Zam answered: “Since the very first day, I was told that I will receive a death sentence.”

Zam’s answer to this question caused an outcry among Iranians who questioned the judiciary’s fairness and justice.

“Who on the first day of Zam’s arrest, without conducting even one interrogation session - let alone a court hearing - told him that he would be executed,” wrote the Ensaf News senior journalist Mohammad Tavakoli.

“How reliable could the confessions be of a person who was under such pressure since the first day of his arrest,” he said. 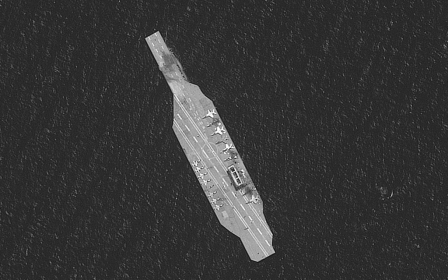 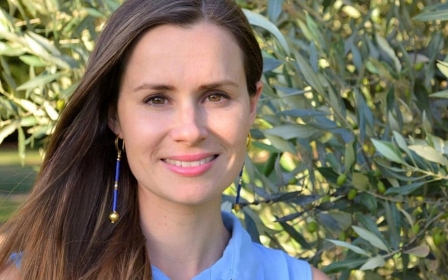