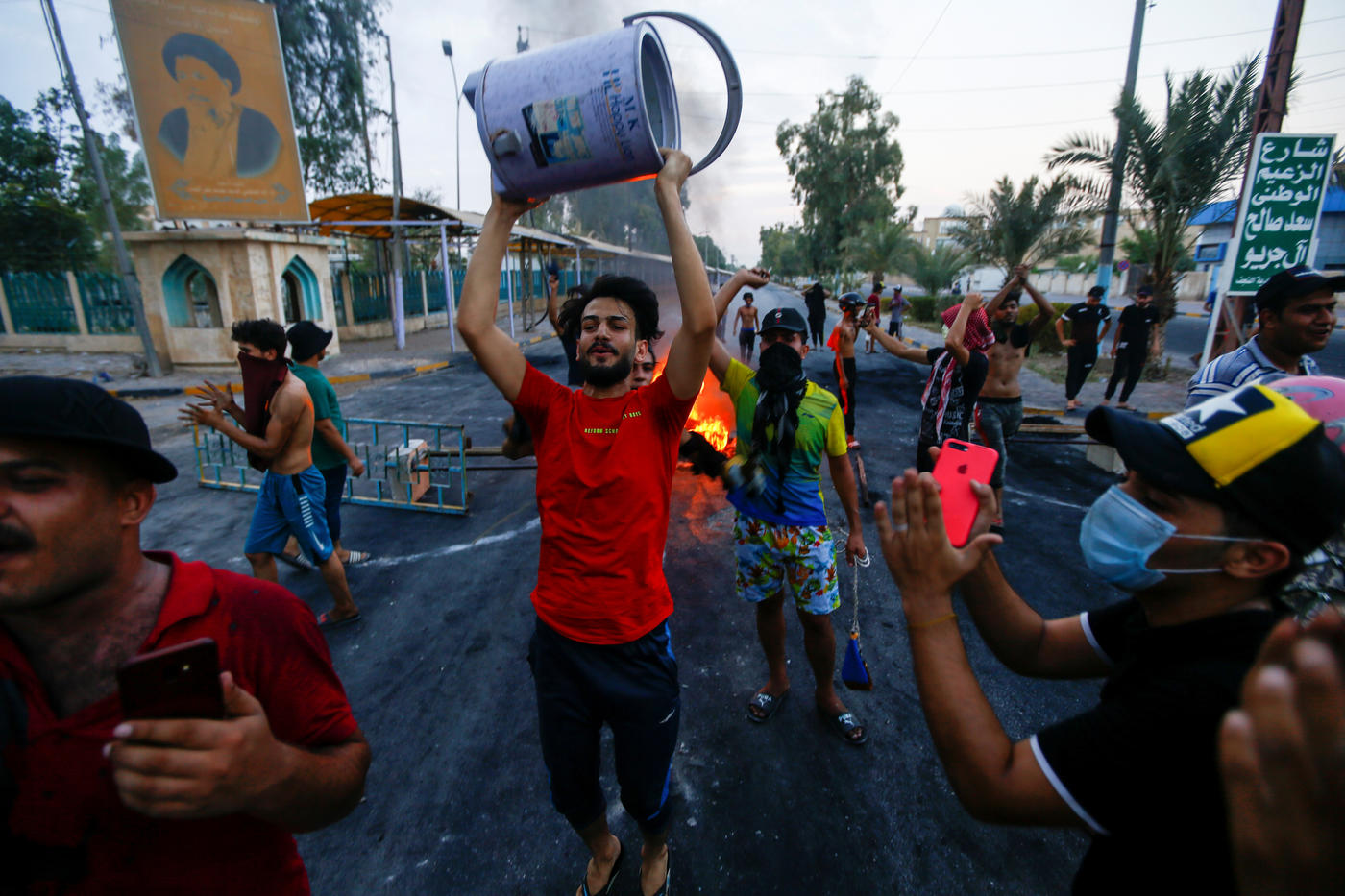 A nationwide protest movement in Iraq over government corruption and incompetence threatens to erupt again after two demonstrators were killed in Baghdad early on Monday after being shot with tear gas canisters during clashes with security forces.

On Sunday, rallies were staged in the capital and across several southern cities as anger mounted over power outages while temperatures exceeding 50 degrees overwhelmed electricity generators.

In Baghdad, dozens clashed with security forces in Tahrir square, the epicentre of the protest movement that began in October but died down in recent months as measures to combat the coronavirus pandemic came into force.

An AFP correspondent saw the burnt remains of tent structures in the square on Monday morning.

"Two protesters died this morning. One was shot with a tear gas canister in the head, and another in the neck," a medical source told AFP on Monday.

The two victims are the first since Prime Minister Mustafa al-Kadhimi, who had promised a dialogue with protesters, took office in May.

In a statement overnight, his office acknowledged "unfortunate events" in protest squares, but insisted security forces had been instructed not to use violence unless absolutely necessary.

It said the government would carry out an investigation into Sunday’s events, but activists online were already comparing Kadhimi to his predecessor Adel Abdel Mahdi, who resigned following months of protest-related violence.

Around 550 people were killed in the violence with another 300,000 wounded, many of them by security forces using military-grade tear gas canisters that can pierce the human skull if fired directly rather than lobbed at an arc to disperse crowds.

There was virtually no accountability for those deaths under Abdel Mahdi. Kadhimi had pledged to publish a list of all the victims, carry out investigations and open a dialogue with protesters.

He also pledged to release all prisoners who were arrested while protesting as long as they had not be involved in bloodshed. However, this promise hit a roadblock when Iraq's High Judicial Council later announced that it would only release protesters if they had not committed any crimes.

According to the Iraqi Human Rights Commission, at least 98 protesters have been detained in Iraq's state prisons, while dozens more remain missing.

A cartoon shared online on Monday morning showed a caricature of Abdel Mahdi handing over tear gas canisters to his successor. 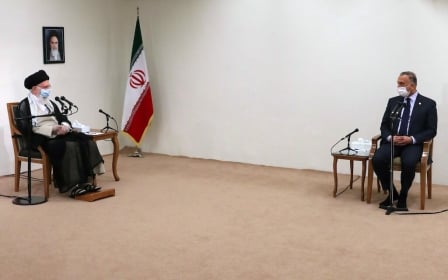 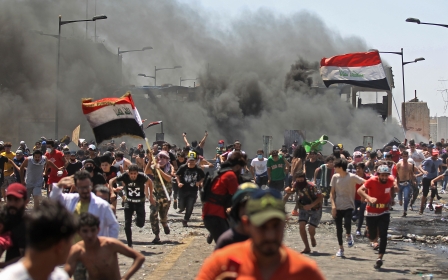 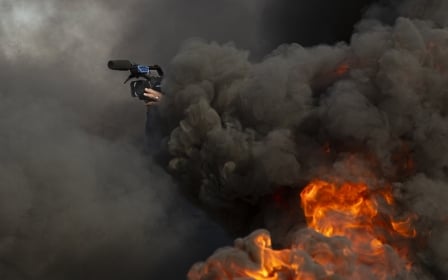