Violence or dialogue? Iraq could go either way as Sadrist standoff escalates 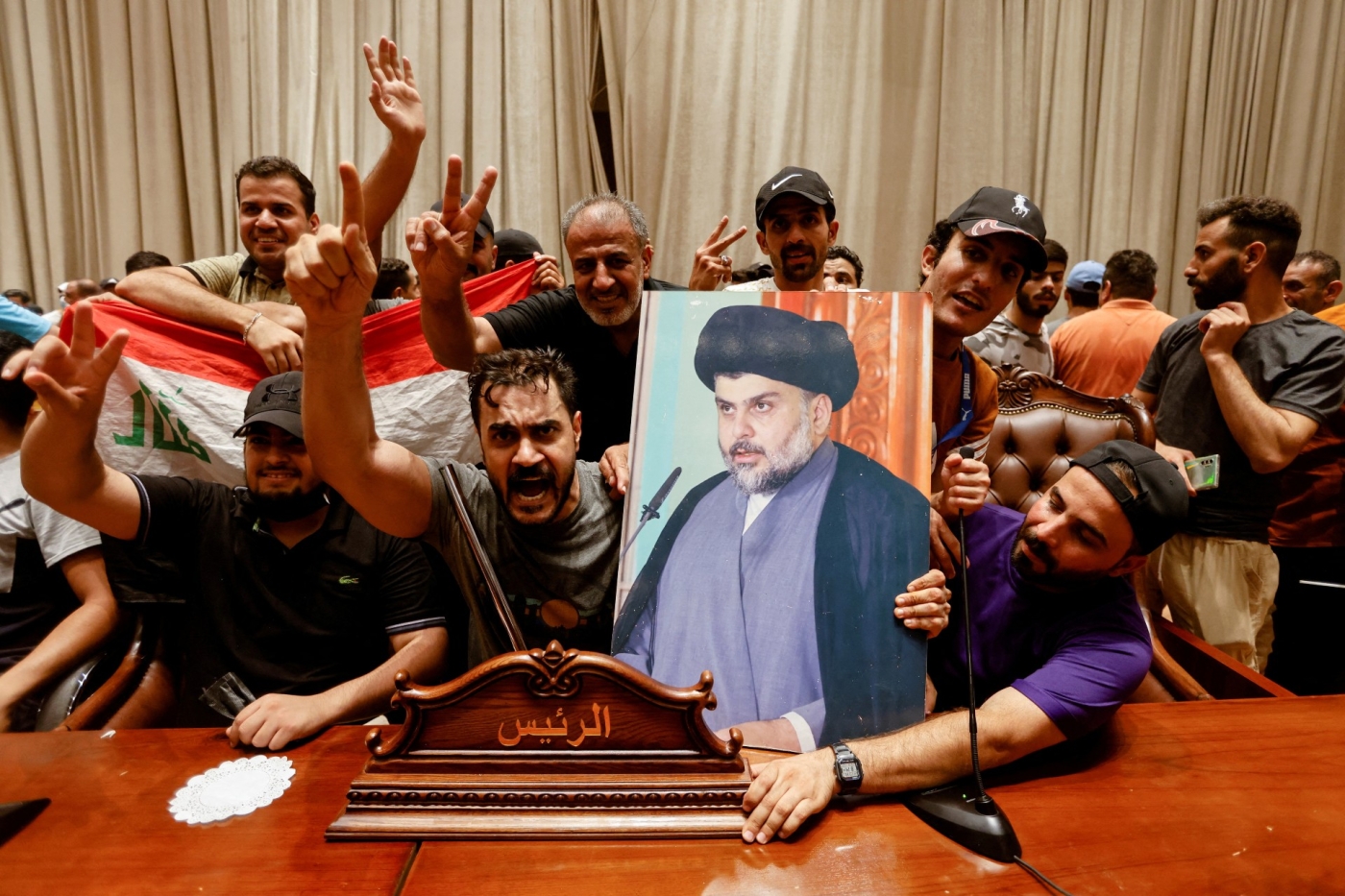 Supporters of Muqtada al-Sadr protest inside the parliament building in Baghdad, 27 July 2022 (Reuters)
By
Suadad al-Salhy

After a weekend of protests and angry denunciations, Muqtada al-Sadr upped the ante on Monday by calling on his supporters in the southern and central provinces to take to the streets.

With counter-protests beginning on Monday evening, the threat of violence in Iraq looms large.

On Saturday, the influential Shia cleric's supporters swarmed into Baghdad's fortified Green Zone, and have since occupied the parliament building to protest against his Iranian-backed rivals, who have stopped Sadr from forming a government.

When Sadr called on Iraq's tribes and other political forces to join what he termed a "revolution," tensions only rose. The cleric said his supporters had "liberated" the Green Zone in preparation for a "radical change of the political system and the constitution".

In response, the Iran-backed Shia Coordination Framework alliance, which frustrated Sadr at every turn as he sought to build a government after winning last October’s elections, called for a demonstration "in support of legitimacy and in order to preserve state institutions".

Sadr's opponents threatened to seize Baghdad airport and the residence of Prime Minister Mustafa al-Kadhimi, whom they accuse of facilitating the Sadrist takeover of the Green Zone.

In Monday's early hours, security forces fanned out around Baghdad, particularly to the airport and the Green Zone. Sadr then deployed his own Saraya al-Salam paramilitary forces in the streets leading to the fortified neighbourhood, where most government buildings and embassies are based. By Monday evening, some Framework supporters had begun heading to the Green Zone, though were ordered to avoid confrontations with Sadrists.

Many western political leaders and diplomats have tried to communicate with Sadr to calm the situation and open channels of dialogue between the two parties, but he refuses to receive any visitors or calls from non-Sadrists, Sadrist leaders told Middle East Eye.

Mohammed Salih al-Iraqi, the name given to Sadr's "minister of the leader" and widely believed to be the cleric's mouthpiece, said on Monday that Hadi al-Amiri, head of the al-Fatah parliamentary bloc and a Coordination Framework leader, had repeated his attempts to contact Sadr and start a dialogue between the two rival camps.

Iraqi's statement said Sadr would begin dialogue only once Amiri leaves the Framework and its parties denounce explosive comments attributed to Nuri al-Maliki that emerged from leaked audio recordings. It also said a guarantor of talks must be present.

Amiri has not yet revealed his response to the terms, but the recent rapid developments have doubled the fears of everyone on both sides that Shia-on-Shia fighting could soon break out.

Nor is anyone really sure about how serious Sadr is about his goal of bringing down the Iraqi political system, or whether his forces could emerge victorious if the military or his opponents use violence to expel his supporters from the Green Zone.

Sadrist political and military leaders say that they are fully aware that their opponents will not remain silent and that a military confrontation is very likely. They say they expect violence and are ready for it.

"Sadr is ready to go to the end, and he is also prepared for the worst-case scenario," one Sadrist leader told MEE, describing Sadr as angry at his opponents "to the point of hatred".

"He will not be satisfied until he hurts them. He will continue to escalate until they admit their mistake and admit that he is one of the most prominent players in the political process and Iraq as a whole," the Sadrist leader said.

"We will not attack anyone, and we will not start a fight. Our orders are clear in this regard, but the matter completely changes in the case of self-defence. We will not stand by and watch if someone assaults us."

Sadr is the problem and the solution

Sadr has millions of followers, controls one of the largest Shia armed factions, and has a financial empire whose annual revenues exceed the budgets of many small neighboring countries. He is one of two men in Iraq capable of bringing millions to the street with one word, alongside Grand Ayatollah Sayyid Ali al-Sistani.

For 10 months, Iraq has been in limbo as Sadr and his rivals have jostled over competing visions of what the country's political future should look like.

Emerging from the October elections with 74 seats in parliament, the most of any party, Sadr struck up an alliance with Sunni and Kurdish parties with the intention of upending Iraq's traditional power-sharing system of government.

But his Iranian-backed opponents, who would have been frozen out of power if Sadr succeeded, managed to impede him using everything from legal challenges to rocket attacks.

Last month, he ordered his MPs to resign in protest, creating a new political crisis and allowing the Coordination Framework parties to become the biggest bloc in parliament. The Framework leaders have since set to work on forming their own government, and last week nominated Mohammed Shia al-Sudani, who is close to Maliki, as their candidate for prime minister.

'Sadr owns men, weapons and money, plus has unparalleled recklessness, and this is frightening'

Sadr saw this as a challenge and an attempt to provoke him, Sadrist leaders told MEE. It was Sudani's nomination that prompted him to send his followers to the Green Zone and prevent parliament from sitting.

"Sadr turned into a big problem for his opponents years ago. His presence is a problem and his absence is a problem. He owns men, weapons and money, plus has unparalleled recklessness, and this is frightening," a senior government official told MEE.

"He currently wants to tell everyone that, though he could not achieve his goal in parliament according to their standards, he will reach it using his influence on the street and his own standards."

According to the official, Sadr's rivals are confused and unsure about how to deal with him.

"If they resort to force, he will not hesitate to resort to it, and if they resort to truce and compromise, he wants to end them. So they have ignored him, and now everyone is paying the price."

Shia-on-Shia fighting has been one of the most sensitive red lines since 2003. Crossing it means defying the will of Sistani, the leader of the Shia community.

All Shia forces, including Iran and its proxies, are fully aware of the consequences if Sistani were to intervene against them. If any faction is seen as encouraging or supporting fighting, Sistani could end their presence with a fatwa or statement, Shia leaders and the commanders of armed factions told MEE.

Any fighting would be brutal. Most Shia factions have armed wings. Although Sadr's Saraya al-Salam may be the largest in number, the modern equipment owned by the factions linked to Sistani, especially the Abbas Combat Division, and the factions linked to Iran, particularly Asaib Ahl al-Haq and Kataeb Hezbollah, guarantees their superiority and would end any battle in their favour, commanders told MEE.

"We are worried about what is happening now, and we fear Sadr's recklessness and the arrogance of his opponents, but we do not see the need for our intervention now," a commander close to Sistani told MEE.

"In modern battles, the human element is no longer the decisive factor, technology is. Many armed factions have modern technologies that can end any battle in their favour. But the question is, will any of the decision-makers allow things to slip into fighting?" he said.

"For us, we are watching things and waiting for orders. We will not interfere at this stage in favour of any party, but we will not hesitate to defend ourselves and our positions."

All they need, he said, is the word from Sistani to step in. 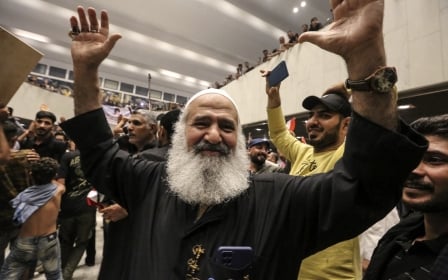 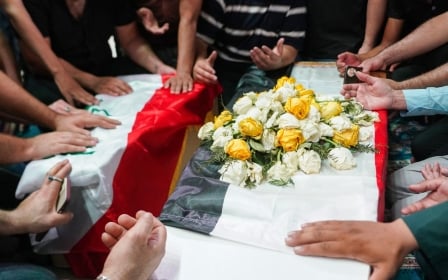 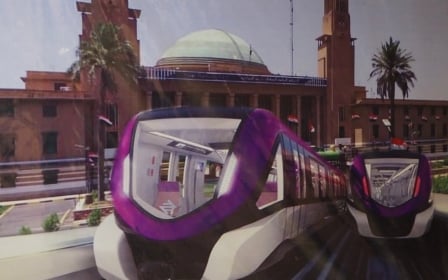