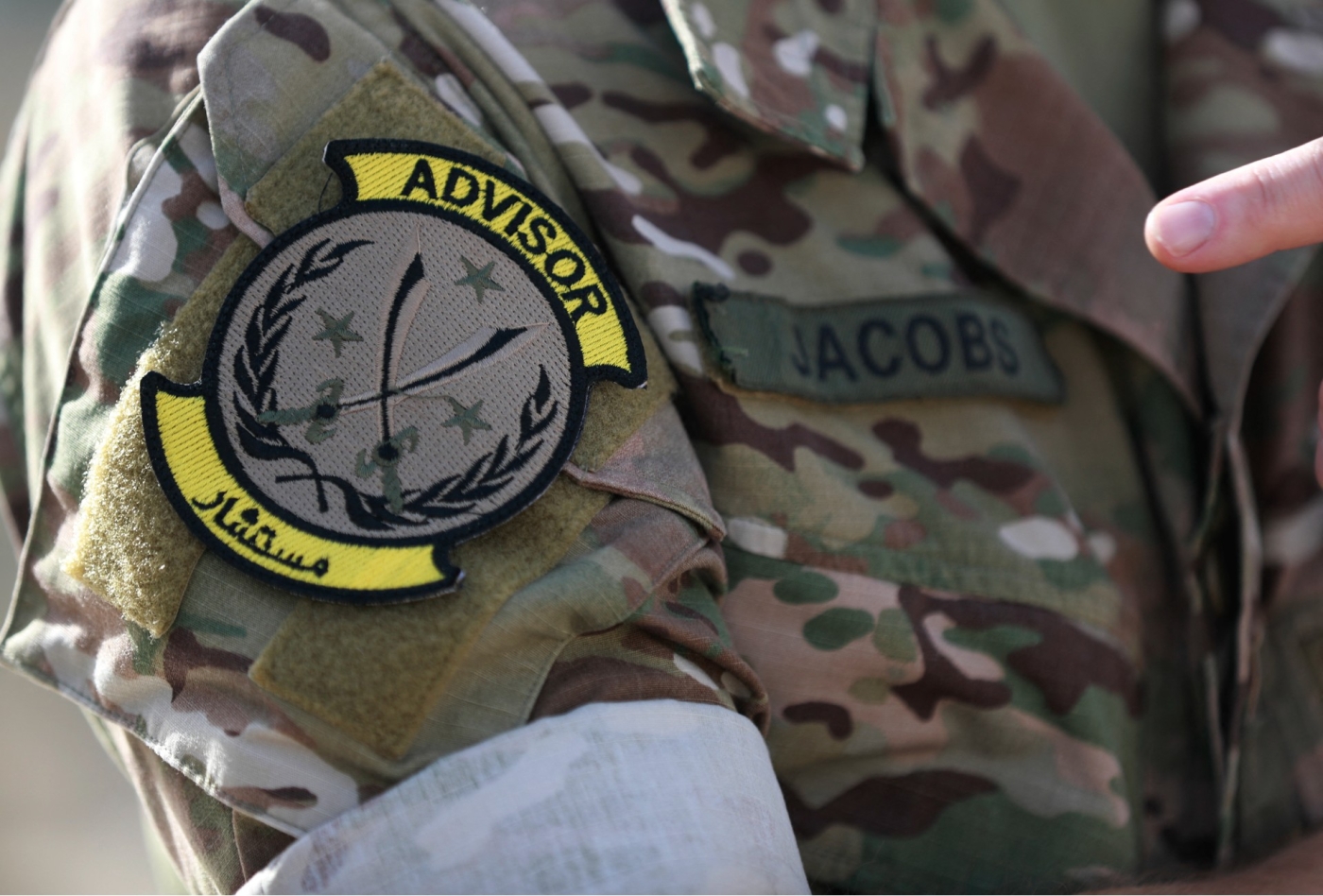 Weakened and under pressure, Iranian-backed Shia armed factions have been thrown a lifeline by US forces not fully withdrawing from Iraq by the end of the year, political and security leaders told Middle East Eye.

With the deadline for withdrawal set to pass on 31 December, the factions can reassert themselves on the political and security scenes through renewed attacks on US targets and aggressive rhetoric, they said.

In November 2020, an unofficial armistice between the factions and the United States began, with the Iran-backed groups promising to cancel their attacks until the new year, demanding all American troops leave by then.

In late July, the Iraqi government said it had concluded an agreement with Washington to withdraw US combat forces by the end of 2021. But on the ground, it is becoming increasingly clear that the United States is redeploying its forces, rather than withdrawing. 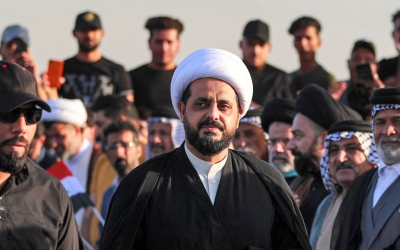 A number of armed factions, led by Asaib Ahl al-Haq and Kataeb Hezbollah, have openly announced that they will resume their military operations from 1 January, and will target all US interests in Iraq, including military sites and diplomatic headquarters across the country.

Though the deadline has not expired, several attacks targeted logistical support columns on the highway linking Basra and Baghdad last week.

On Sunday, a Katyusha rocket attack targeted the US embassy in Baghdad, without causing any casualties, Iraqi security authorities said.

Currently, the Iranian-backed factions are at a low. They performed dreadfully in October’s parliamentary elections, and have been put under pressure after being accused of trying to assassinate Prime Minister Mustafa al-Kadhimi in November.

The elections, in particular, have deepened differences between the factions’ leaders over their direction and the wealth they accrue from various illicit and legitimate ventures.

But the Iraqi government’s “manipulation of vocabulary” over the so-called “withdrawal”, and its failure to demand a proper US exit as promised, have brought these factions back to the fore and strengthened their position, political leaders and armed factions commanders told MEE.

"They [the armed factions] were in an unenviable position. It can be said that they were at their weakest in years and were reeling under the weight of the recent blows they had received from several sides," a prominent Shia politician close to Iran told MEE.

“Even Iran stood watching them and has not extended a helping hand. They [the Iranians] have avoided interfering in their [armed factions] favour until now.

“Unfortunately, Kadhimi’s game, if I may call it a game, has revived them and strengthened their position and brought them back to the fore as a key player in the political and security scenes.”

'A weapon needs a cause'

Preliminary results have given the Iranian-backed armed factions around only 20 seats in parliament – a far cry from the movement of Shia cleric Muqtada al-Sadr, which came out victorious with 74.

Those results are still being contested, primarily by the armed factions, whose calls for the election to be cancelled due to alleged fraud have largely been ignored – despite violent protests outside Baghdad’s fortified Green Zone.

The legal complaints and appeals for manual recounts have, however, bought the factions time to rearrange their affairs and hampered Sadr’s attempts to form a government that would leave them out in the cold. Sadr has offered them a role in a future government, as long as they hand over their weapons to the state – an unconscionable proposition for the factions.

'Unfortunately, Kadhimi’s game, if I may call it a game, has revived them and strengthened their position and brought them back to the fore as a key player'

Worryingly for the factions, their patron Iran seemed to have no problem with Sadr forming a government without them. Together, these developments put them on the defensive, a situation the aggressive factions are not used to. Things may have changed, however.

"There is a weapon that needs a cause, and this [the presence of US forces in Iraq] is the best excuse for them to keep their weapons and to legitimise their existence," a former adviser to the prime minister told MEE.

"There is great pressure on them, so they will use this issue as their cause. This argument will be one of the most important cards they will play with Sadr and with the rest of the political parties in the coming period. Let's say that it is a ticket for their return to the political arena."

No real US troops withdraw

Kadhimi has repeatedly trumpeted the withdrawal of “US combat forces” as a victory for his government, assuring that those troops who stay will have different roles.

But two Iraqi officials familiar with the strategic dialogue rounds that came to the agreement told MEE that the “non-combat forces” description was promoted by Iraqi officials to justify the presence of at least 2,500 US soldiers after 31 December.

"The US doesn’t even classify their forces as ‘combat’ or ‘non-combat’. The characterisation of ‘non-combat’ forces was used by the prime minister and his team to promote their success in persuading the Americans to withdraw their forces from Iraq by the end of the year," one of the officials said.

"There will be no withdrawal of US forces from Iraq. What is actually happening is a redeployment, not a withdrawal."

The second official told MEE that the agreement did not include the word withdrawal in principle, but stipulated ending combat missions and officially turning the mission into an advisory and training role, and “this means reducing these troops”. The United States military deployed in Iraq in 2014 at the request of the then-government to help fight the Islamic State group.

According to the second official, a dispute emerged between the two negotiating teams, with the Iraqis adamant to have the word “withdrawal” in the agreement but the Amercians refusing to do so.

Eventually, the two sides agreed to use the word "departure," but the US negotiating team changed it at the last moment and used the phrase "re-deployment from Iraq" instead.

The other challenge that faced the two negotiating teams was related to what the US forces who would remain in Iraq after the deadline would be referred to. The Iraqis were keen to make it clear the soldiers would have no combat role, but the US military makes no such distinction.

The two parties agreed to amend this paragraph so it required the end of “combat missions” instead of ending the work of “combat forces”.

"We knew that these details would be the bomb that would explode in our faces later,” the first official said.

“We warned of this, but everyone [involved in the talks] asked to proceed in this way and address the problem to another time.

"Kadhimi was seeking to achieve a victory, even if it was fake. Now let's see who will pay the price." 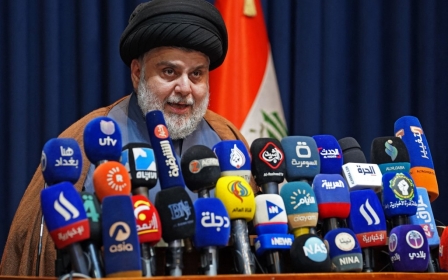 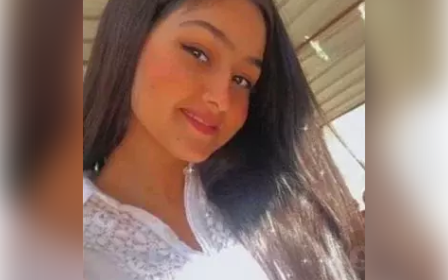 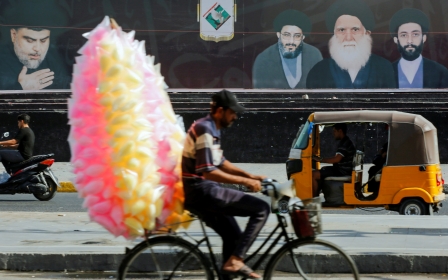