Over 100 wounded during ceremony marking the religious holiday of Ashura, with the casualty toll expected to rise Shia take part in a mourning procession on the tenth day of the lunar month of Muharram which marks the day of Ashura, in the holy city of Karbala (AFP)
By
MEE and agencies

At least 31 people were killed on Tuesday in a stampede at a major shrine in the Iraqi city of Karbala during a ceremony to mark the Shia holy day of Ashura, Iraq's health ministry said.

The ministry said around 100 others were wounded in the stampede at the shrine, which is 100km south of Baghdad.

Saif al-Badr, a health ministry spokesman, said the toll of casualties was not final and he expected more casualties. The Shia of Karbala: Where remembrance and tradition are one
Read More »

Tuesday's stampede is the deadliest in recent history during Ashura. Hundreds of thousands of Shia pilgrims visit Karbala from around the world to commemorate the death of Hussein, Prophet Muhammad's grandson in AD 680.

Earlier, processions of black-clad worshippers made their way to Hussein's gold-domed shrine in Karbala, carrying black flags with "Hussein" written in red and wailing loudly.

Hussein was killed by the forces of the Caliph Yazid, a major event which helped solidify the divide between what would become Islam's Sunni and Shia branches.

Similar ceremonies took place in the capital Baghdad, the southern cities of Najaf and Basra and around the world.

Now, the day is a national holiday, with streets across the country shuttered to allow for elaborate re-enactments of the Battle of Karbala. 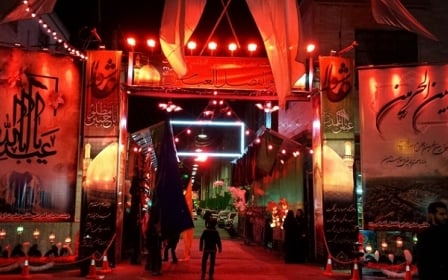 Religion
Muharram brings out the best in Iranians 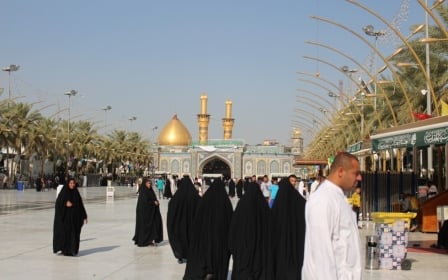 Inside Iraq
The Shia of Karbala: Where remembrance and tradition are one