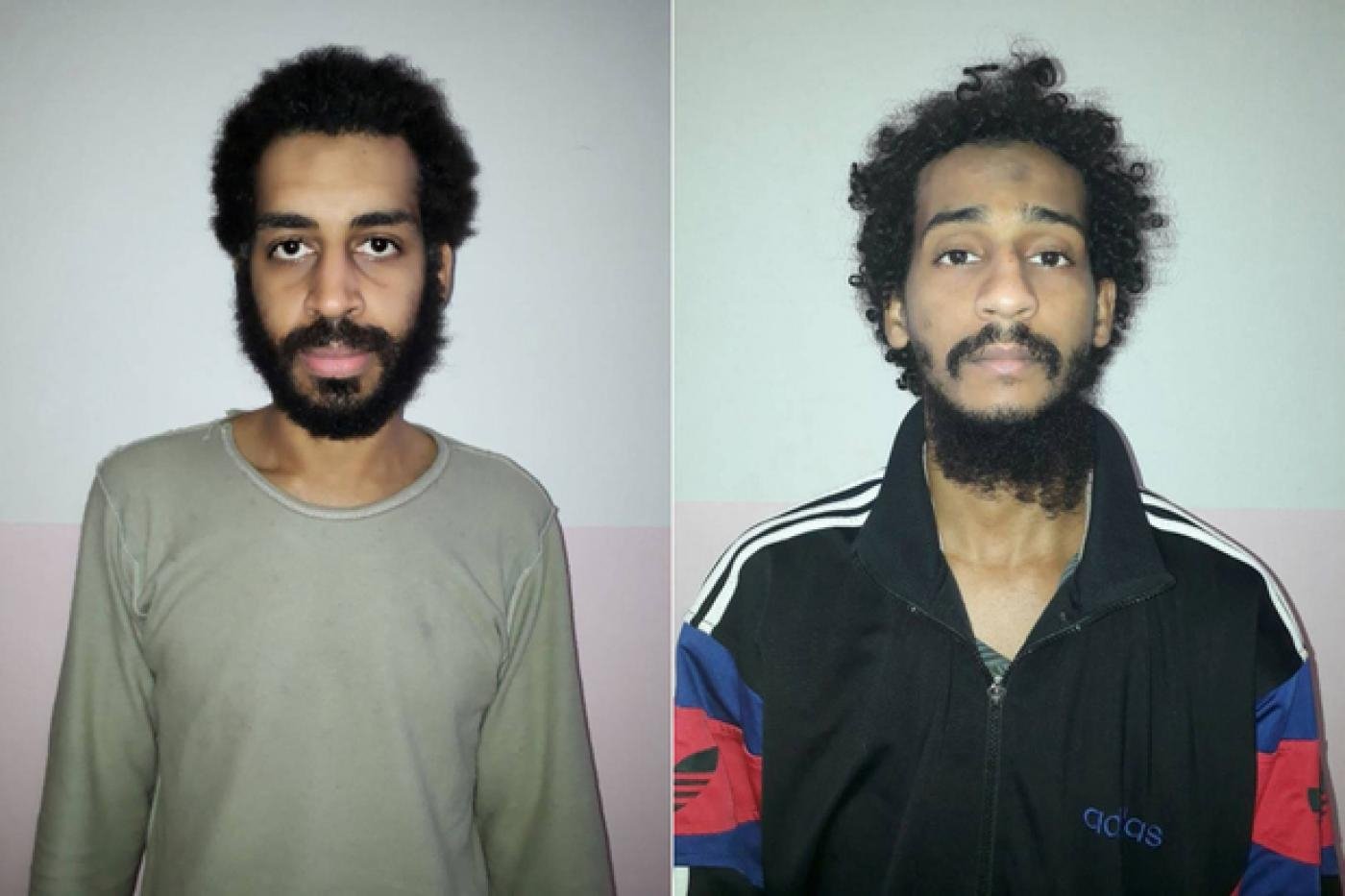 El Shafee Elsheikh, right, and Alexanda Kotey were captured by Kurdish forces in Syria in 2018 before being handed over to US (AFP/File photo)
By
MEE staff
in
Washington

The United States will not seek the death penalty against two British members of the Islamic State (IS)  group if UK authorities cooperate in evidence-sharing with American prosecutors, US Attorney General William Barr said.

In a letter sent to UK Home Secretary Priti Patel, Barr said the US would not seek the death penalty for Alexanda Kotey or El Shafee Elsheikh, members of the British IS "Beatles" group, who are suspected of being involved in the executions of American, British and other foreign hostages in Syria.

Kotey and Elsheikh were captured by Kurdish forces in Syria in 2018 before being handed over to the US last October. Both men are being held at an overseas US military facility.

Barr's pledge, however, requires the UK provide all evidence concerning the two men by 15 October. If the UK fails to do so, Kotey and Elsheikh will be handed over to the Iraqi justice system, the attorney general said.

Evidence-sharing has been a point of contention between the two allies thus far in the case, as the UK has not allowed court-sanctioned killings since 1965 - though capital punishment was only totally abolished in the UK in 1998.

"Further delay is no longer possible if Kotey and Elsheikh are to be tried in the United States, and the further delay is an injustice to the families of the victims," Barr said in the letter to Patel.

"Kotey and Elsheikh are currently held by United States military authorities in an overseas theater of military operations, and it is not tenable to continue holding them there for an extended period. Final decisions must be made about this matter."

British cooperation with US prosecutors in the case had been blocked under a ruling by the UK Supreme Court in March, which deemed the British government had acted unlawfully when it provided evidence to US investigators without seeking assurances that the death penalty would not be considered.

"The government's priority has always been to protect national security and to deliver justice for the victims and their families," a UK Home Office spokesperson said regarding Barr's letter. 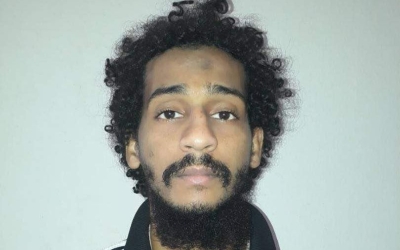 UK data-sharing with US over IS suspect was unlawful, Supreme Court rules
Read More »

"We continue to work closely with international partners to ensure that those who have committed crimes in the name of [the Islamic State] are brought to justice."

Elsheikh and Kotey, who are both from London, are accused of being members of an IS cell led by Mohammed Emwazi, who was identified as the masked figure in a series of execution videos released by the group in 2014 and 2015.

The group was widely referred to as "the Beatles" in the media because of their British accents.

Emwazi was killed in a US drone strike in 2015. A fourth alleged member of the cell, Aine Davis, was arrested in Turkey in 2015, where he was convicted and jailed on terrorism charges in 2017.

Previous home secretaries had sought assurances in relation to the death penalty in response to requests from US officials regarding evidence-sharing, known as Mutual Legal Assistance (MLA), in relation to their investigation into the men's activities, but no such assurances were forthcoming until now. 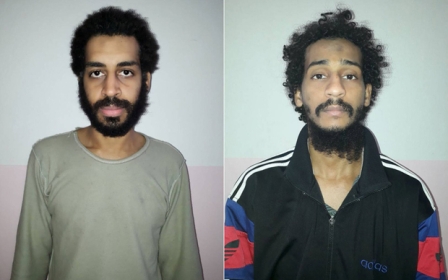 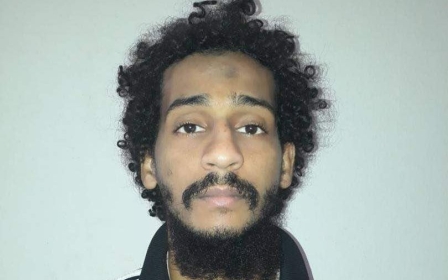