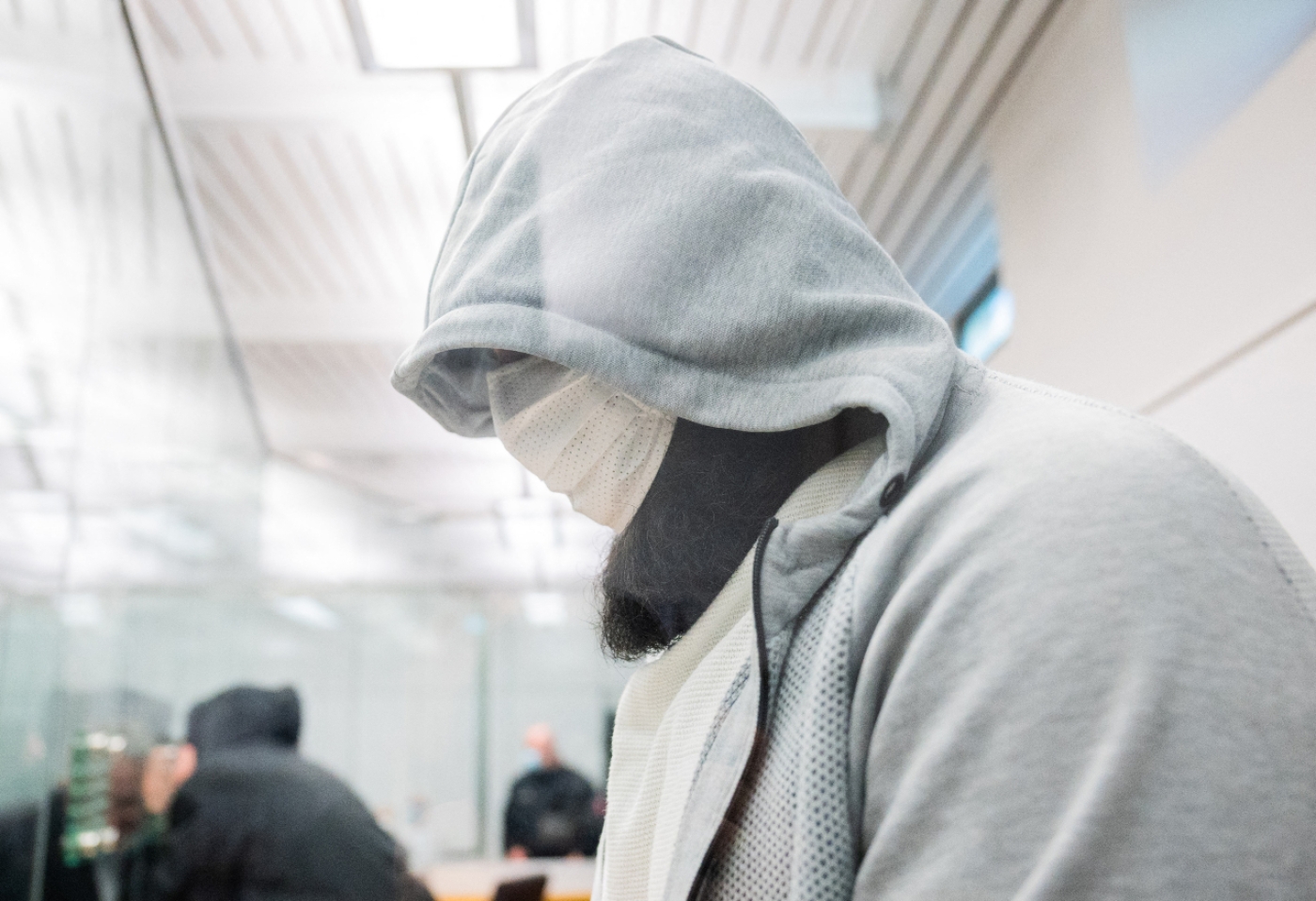 Abu Walaa, 37, was found guilty of belonging to a foreign terrorist organisation, helping to plan subversive violent acts and financing terrorism (AFP)
By
MEE and agencies

An Iraqi preacher said to be the Islamic State (IS) group's de facto leader in Germany was sentenced to 10 years and six months in prison by a German court on Wednesday. Anis Amri: The 'delinquent' who liked to party
Read More »

Handing down the verdict after 245 days of hearings, judge Frank Rosenow said the preacher was "authorised to act in the name of IS" and was used by the group as its "representative in Germany" for propaganda and recruitment.

Abu Walaa was in the dock with three other men in a costly, high-security trial that began in 2017 in the northern German town of Celle.

His three co-defendants were handed sentences ranging from four to eight years for supporting IS.

Prosecutors had sought a prison sentence of 11 and a half years for Abu Walaa, while the defence had argued for an acquittal and criticised key witness testimonies.

The defendants had chosen to remain silent during the trial and did not enter pleas, AFP reported.

'Preacher without a face'

Abu Walaa arrived in Germany as an asylum seeker in 2001, and was arrested in November 2016 after a long investigation by Germany's security services.

Based in a mosque in the northern city of Hildesheim, he is alleged to have recruited at least eight people, most of them "very young", to IS, including German twin brothers who committed a bloody suicide attack in Iraq in 2015.

Dubbed the "preacher without a face" for his online videos in which he always appeared with his back to the camera, he is also alleged to have preached violence at the now-closed Hildesheim mosque.

Judge Rosenow said the mosque was "the centre" of the IS scene in Germany, in which Abu Walaa was a "leading authority figure". Among those whom Abu Walaa allegedly helped radicalise was at least one of three teenagers who were convicted of a 2016 bomb attack on a Sikh temple in Essen, western Germany.

Another person with possible links to Abu Walaa was Anis Amri, the Tunisian who killed 12 people when he drove a truck into a Berlin Christmas market in 2016.

Amri was allegedly in contact with Abu Walaa's co-defendant, Boban Simeonovic, who is believed to have put the Tunisian asylum seeker up in his flat in Dortmund.

Simeonovic was sentenced to eight years in prison on Wednesday.

Amri, who was killed by police in Italy while fleeing police, also attended a Berlin mosque known for its links to violence at which Abu Walaa occasionally preached.

The charges against Abu Walaa were largely based on the testimony of a security service informant who spent months collecting evidence.

The informant was exempted from testifying in person before the court over fears that it would put his life in danger.

Another key informer was a disillusioned man who agreed to cooperate after returning to Germany from IS-controlled territory, and told investigators how he had been part of Abu Walaa's network before travelling to Syria.

Abu Walaa's lawyer, Peter Krieger, said that the testimonies were untrustworthy, telling the court that the key witness was a "notorious liar".

While German authorities now see far-right terrorism as the primary danger to domestic security, they say the threat of religious extremism remains.

According to the interior ministry, German security forces have prevented 17 attacks since 2009, the majority since a spate of successful attacks in 2016.

Authorities believe 615 potentially dangerous people are currently living in Germany, five times as many as in 2013. Tunisia Politics
Anis Amri: The 'delinquent' who liked to party