The Israeli parliament has voted 74-45 to dissolve itself and hold new elections after Prime Minister Benjamin Netanyahu failed to form a ruling coalition government before a midnight deadline.

The Knesset's dissolution just after 9pm GMT on Wednesday, only seven weeks after a parliamentary vote was held, sets Israel on course for a new election on 17 September.

"We will run a sharp, clear election campaign which will bring us victory," Netanyahu told reporters after the Knesset vote.

"We will win, we will win and the public will win."

Netanyahu, whose Likud party won 35 seats in parliamentary elections on 9 April, has struggled to form the political coalition he needed to get a majority of the seats in Israel's 120-member parliament, the Knesset.

In particular, the Israeli premier was unable to get the support of the far-right Yisrael Beitenu Party, which won five Knesset seats last month under the leadership of his former defence minister, Avigdor Lieberman.

Yisrael Beitenu has been at odds with ultra-Orthodox parties Shas and United Torah Judaism over a military conscription bill - and Lieberman said he would not serve in a government alongside them.

That bill would make it mandatory for Haredi men studying the Torah to join Israel's armed forces, a requirement from which they have been exempted.

Lieberman has long said that all Israeli men must equally share the burden of military service.

On his Facebook page on Wednesday, Lieberman blamed Likud for the repeat election, saying the party had refused to vote on the ultra-Orthodox draft bill, Israel's Haaretz newspaper reported.

Netanyahu, for his part, slammed the Yisrael Beitenu leader, saying Lieberman "brings down right-wing governments" only "because he wants a few more votes, which he won't get".

"It's just unbelievable," said Netanyahu, as reported by Haaretz.

The prime minister faces three looming indictments for corruption, and public attention had been focused less on coalition-building and more on moves Netanyahu loyalists were planning in parliament to grant him immunity.

In Case 2,000, he is suspected of attempting to alter media coverage, allegedly attempting to broker a secret deal with the publisher of the bestselling newspaper Yediot Aharonot.

That deal sought favourable coverage in return for pursuing legislation that would have limited the circulation of one of the papers’ rivals.

The most serious indictment, Case 4,000, suspects him of offering regulatory benefits to Bezeq telecoms firm in return for its media arm providing positive coverage.

Netanyahu has denied any wrongdoing in the cases and is due to argue at a pre-trial hearing at the beginning of October against the attorney general's intention, announced in February, to indict him on bribery and fraud charges.

The new election date, coming just two weeks before the hearing, appears to scupper Netanyahu's chances of gaining immunity before the pre-trial, even if he were to win the poll.

A new election may also complicate US efforts to press ahead with President Donald Trump's peace plan in the Israeli-Palestinian conflict, dubbed the "deal of the century".

Palestinians have already rejected the peace deal as a blow to their aspirations for statehood.

The White House team behind the proposal, including Trump's son-in-law Jared Kushner, is currently in the Middle East to drum up support for an economic "workshop" in Bahrain next month to encourage investment in the occupied West Bank and Gaza Strip.

On Tuesday, ahead of Kushner's visit to Jordan on Wednesday, hundreds of political and public activists staged a sit-in near the US embassy in Amman, urging Jordan not to attend the Bahrain summit

The US team is due in Israel on Thursday. 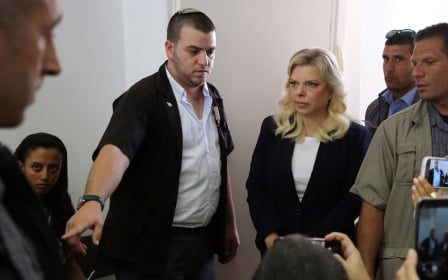