Morocco was the fourth Arab state to establish ties with Israel last year, after the United Arab Emirates, Bahrain and Sudan
By
MEE and agencies

"Taking off for a historic visit to Morocco!" said Lapid on Twitter, with a picture of an El Al departure screen. During his two-day trip, the newly appointed foreign minister is scheduled to open a diplomatic office in the Moroccan capital, Rabat, and hold talks with his Moroccan counterpart, Nasser Bourita.

He will also visit the Beth-El Synagogue in Casablanca, the Israeli Foreign Ministry said.

Lapid's visit comes after his July trip to the United Arab Emirates (UAE), where he opened the new Israeli embassy in Abu Dhabi.

Rabat's decision to recognise Israel angered Palestinians. Following the resumption of ties, Palestinian and Sahrawi activists expressed hope for their own greater ties and solidarity.

Morocco was the fourth country in the Middle East and North Africa to recognise Israel, after the United Arab Emirates, Bahrain and Sudan. Rabat's move has angered Palestinians, who have described it as a "betrayal" of the Palestinian cause.

Despite having previously had no official diplomatic ties since Israel's creation in 1948, Morocco and Israel have had relations and shared intelligence. They began low-level ties in 1993, after the latter reached a peace agreement with the Palestinian Liberation Organisation as part of the Oslo Accords. But Rabat suspended relations with Israel after the outbreak of the Second Palestinian Intifada in 2000. 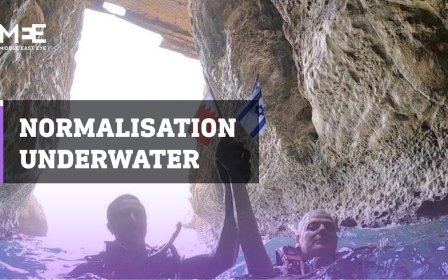