Israel has killed more than 100 Palestinian protesters since late March; Myanmar is accused of ethnic cleansing against Rohingya Muslims 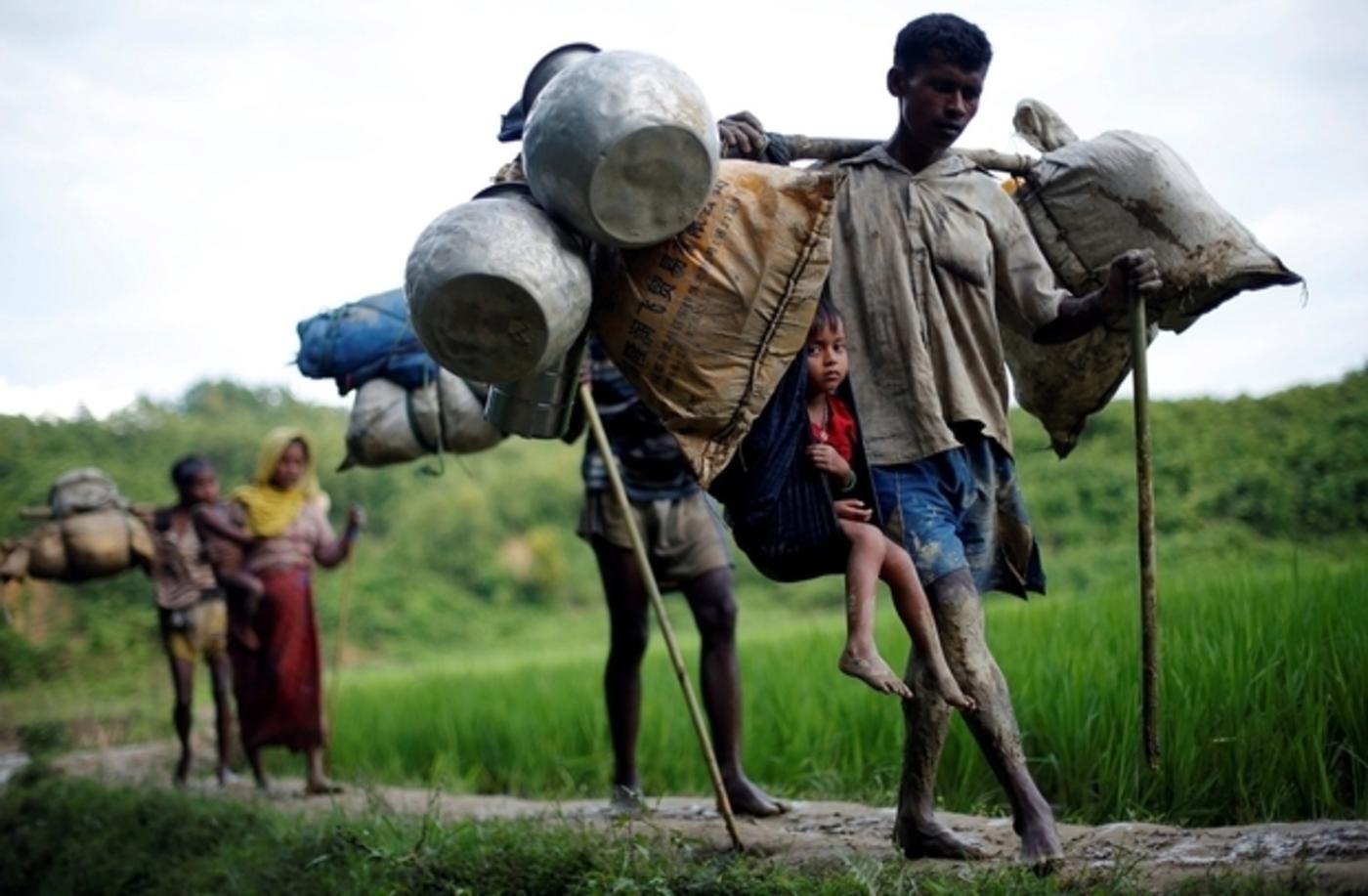 Nearly 700,000 Rohingya Muslims have fled their villages in Myanmar to Bangladesh in 2017 (Reuters)
By
MEE staff

Israel and Myanmar will be able to edit passages concerning their own history in the other state's textbook after signing an education cooperation agreement on Monday.

"Education agreement with Myanmar, continuing cooperation with our friends around the world," Israel's deputy foreign minister Tzipi Hotovely said in a tweet.

The pact highlights the strong ties between Israel and Myanmar, which is accused of a "large-scale campaign of ethnic cleansing" against Rohingya Muslims.

Two ethnic cleansers. This is beyond parody. https://t.co/OKuhuIehmY

Monday's agreement calls for developing an educational programme in Myanmar to teach about the "Holocaust and its lessons of the negative consequences of intolerance, racism, anti-Semitism and xenophobia," Israeli newspaper Haaretz reported.

It also encourages teacher and student educational exchanges between both countries.

According to Haaretz, which obtained the text of the agreement, the pact gives Israel and Myanmar a say on how they are depicted in each other's textbooks.

Authorities would review school books, "particularly concerning the passages referring to the history of the other state and, where needed, introduce corrections to these textbooks," the agreement says.

Israel, whose military has killed more than 100 Palestinian protesters since late March, stands in violation of international law with its illegal settlements in the West Bank.

Earlier this week, Israel's top court authorised the demolition of the Palestinian village of Khan al-Ahmar, a move condemned as "ethnic cleansing" by the Palestinian presidency.

Israel and Myanmar's partnership, in this instance and in the past, has caused much consternation from their critics.

"Of course Israel sees Myanmar as a friend. Both states share share the same exclusionist world view. Both states have engaged in mass state crime criminality against those they have defined as non-citizens. Both states operate systems of apartheid, structural discrimination and unfettered state brutality. It is entirely predictable that they now engage in a shared educational programme of state crime denial," Penny Green, professor of law and globalisation at Queen Mary University of London, told Middle East Eye.

"For the Rohingya, 2017 will forever mark the denouement of a 30-year genocide. 2017 has become for the Rohingya what 1948 is for the Palestinians."

Israel has been criticised for selling military equipment to Myanmar as the latter carries out its campaign against the Rohingya.

Itay Mack, an Israeli lawyer who submitted a petition to the Israeli High Court to block arms sales to Myanmar, told MEE that the Israeli gunboats bought could be used to attack Rohingya refugees fleeing assault.

Nearly 700,000 Rohingya Muslims have fled their villages in Myanmar to Bangladesh in 2017, as the military looted and burnt entire towns in the Rakhine state. Syria War
Only Syrian army should have presence in south, say Russia and Israel