'As a Palestinian father, this is one of your worst nightmares', father of two of five boys arrested in southern Hebron hills tells MEE 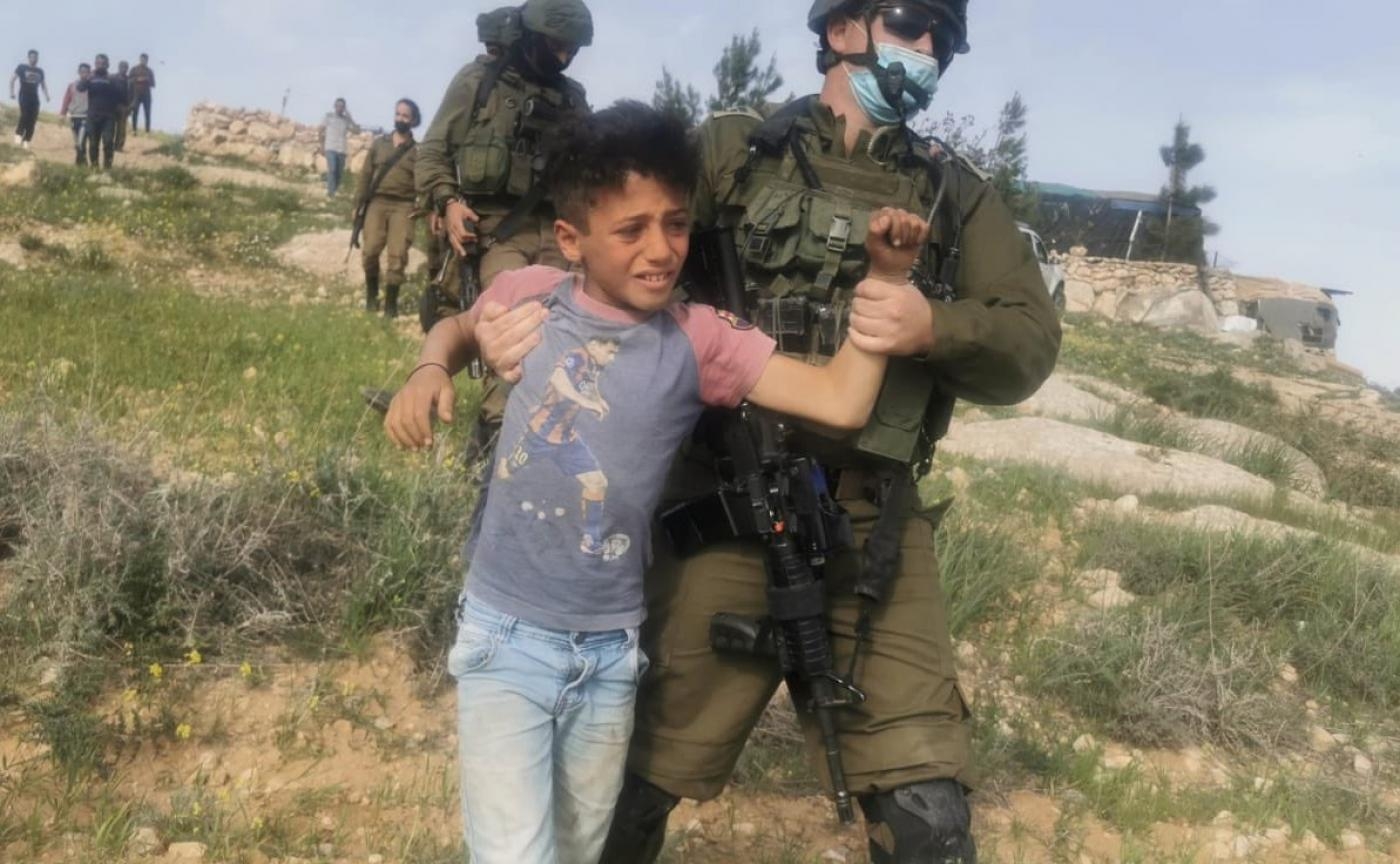 A video of armed Israeli soldiers arresting a group of five Palestinian children in the occupied West Bank has triggered widespread condemnation from activists and human rights groups, who viewed the incident as "extremely aggressive".

The video, filmed by a field researcher with Israeli human rights group B’Tselem, was recorded in the Masafer Yatta area of the southern Hebron hills, which is home to dozens of clusters of Palestinian villages and enclaves, as well as several illegal Israeli settlements and outposts.

“I got a call in the early afternoon saying that there were settlers chasing a group of young Palestinian boys near the at-Tuwani village, and that I should go there as fast as I could,” Nasr Nawajaa, a local activist and B’Tselem field researcher told Middle East Eye.

'The soldiers were treating the children like some hardened criminals, as if they had committed some huge crime'

“When I arrived, there were dozens of armed and masked Israeli soldiers pulling the children towards a group of military Jeeps. And I immediately picked up my camera and started filming,” Nawajaa said.

In the video filmed by Nawajaa and published by B’Tselem, dozens of Israeli soldiers in combat gear can be seen grabbing the terrified children and pushing them towards the military vehicles.

Several Palestinian bystanders can be seen attempting to intervene, but to no avail. At one point, an older Palestinian boy can be seen trying to rescue one of the minors, at which point he is grabbed by another soldier and dragged along with the group.

“The children were screaming and crying, pleading with the soldiers to call their parents and wait until their family arrived before taking them away,” Nawajaa told MEE.

He said the soldiers were “extremely aggressive” with the children, who were between eight and 13 years of age.

“The soldiers were treating the children like some hardened criminals, as if they had committed some huge crime,” Nawajaa said, adding that the soldiers “took the children by force.”

According to Nawajaa, the children were detained and taken to the nearby Israeli settlement of Kiryat Arba, where they were held inside the military vehicles and interrogated for several hours, before being released to their families in the evening.

“These are just harmless children, what kind of threat could they possibly pose to justify this treatment?” Nawajaa asked.

‘They were just picking vegetables’

The circumstances of the boys’ arrest has drawn widespread condemnation, as it came to light that the children were out picking wild vegetables and herbs when they were detained.

According to Nawajaa, the boys were picking a wild vegetable called "akoub", which blooms in the spring time in Palestine.

“Many of the families in Masafer Yatta live in poor socio-economic conditions,” Nawajaa told MEE. “‘Akoub can be sold at a good price in the Palestinian market, so many families and their children go out to pick the wild vegetable during this time of year in order to make some money to support themselves.”

Nawajaa noted that while Israel had previously outlawed the picking of akoub, that law was repealed last year, making it legal to pick 5kgs per person in the area where the boys were.

“There was no legal justification for their arrest,” Nawajaa said.

Today, five Palestinian children were arrested by the Israeli military while picking flowers.

This is the reality and trauma Palestinian children face while living under Israel’s brutal apartheid.

The five boys, who are all cousins, were picking and collecting the akoub on the outskirts of Havat Maon, an Israeli settlement south of Hebron. Settlers from Havat Maon then allegedly started harassing and chasing the boys out of the area.

“I’m just relieved that the boys managed to escape the settlers. God knows what would have happened to them if they didn’t,” the father said.

'They did everything they could to scare the boys and get them to confess, but the boys kept insisting that they were innocent and didn’t do anything,'

- Mohammad Abu Hmeid, father of two of the boys

Abu Hmeid said his sons Jaber, 13, and Saqer, 10, and their three cousins, fled from settlers. They abandoned their buckets, barrels, and akoub, leaving it behind and heading towards their grandfather’s house near at-Tuwani.

It was there that the group of armed Israeli soldiers caught up with the boys, and began arresting them.

According to Abu Hmeid’s testimony, which echoed that of Nawajaa’s, it was the settlers who allegedly called the Israeli soldiers and ordered them to arrest the boys. “The settlers accused the boys of trying to steal some of their birds, and destroying some of their property,” Abu Hmeid said, adding that the settlers were “making up stories just to get the boys arrested and intimidate them.”

“All they were doing was picking akoub, and that is not a crime,” Abu Hmeid said, adding that the soldiers confiscated the boys’ buckets and barrels, and their plant harvest. “They didn’t pose a threat to anyone. They weren't doing anything wrong.”

In the occupied West Bank, Palestinians live under Israeli military law, and when arrested they are charged and tried in military courts that have a conviction rate of over 99 percent against Palestinians.

In comparison, Israeli settlers living in the West Bank in contravention of international law are subject to Israeli civilian law, and never come into contact with the military courts.

According to the group, Israel detains around 700 Palestinian children a year. There are currently 168 child “security” detainees in Israeli prison, and as of 2020, there were 27 children being held in solitary confinement. 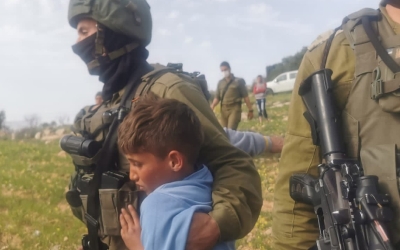 DCIP has highlighted that Israel ratified the United Nations Convention on the Rights of the Child (CRC), which stipulates that children “should only be deprived of their liberty as a measure of last resort, must not be unlawfully or arbitrarily detained, and must not be subjected to torture and other cruel, inhuman or degrading treatment or punishment.”

According to DCIP, Israel regularly and arbitrarily detains Palestinian children, subjects them to long periods of interrogation without the presence of a parent, legal guardian, or lawyer. Children are often coerced into signing false confessions, in documents written in Hebrew, a language most Palestinian children do not understand.

“From the moment of arrest, Palestinian children encounter ill-treatment and torture at the hands of Israeli forces. Three out of four experience physical violence during arrest or interrogation,” DCIP said.

The process of arrest and detention described by DCIP is similar to what happened to the five boys in the Hebron hills, according to testimony from both Nawajaa and Abu Hmeid, who claim the boys were threatened by the Israeli soldiers during their interrogation in an attempt to coerce them into confessing to a crime they did not commit.

'As a Palestinian father, this is one of your worst nightmares. With the Israeli occupation, we can’t even protect our own children'

“When the boys were finally released, they were in complete shock,” Abu Hmeid said. “It was only after we took them home and they calmed down a bit that they started to tell us what happened.”

“My sons told us that the soldiers kept the five of them crammed up in the Jeep for the whole time they were detained, and continued to threaten and harass them,” Abu Hmeid said.

At one point, the soldiers allegedly told the boys that their families had been arrested, and that if they didn’t confess to trying to steal from the settlers or to damaging their property, the soldiers would “beat them up.”

“They did everything they could to scare the boys and get them to confess,” Abu Hmeid said, “but the boys kept insisting that they were innocent and didn’t do anything.”

He added that the two oldest boys in the group, including his son Jaber, were summoned for another interrogation with Israeli forces on Sunday.

Abu Hmeid told MEE that while none of the boys were physically tortured during the interrogation, the mental toll that the ordeal has had on the children “has done more than enough damage.”

“They are so scared and terrified, and I don’t know what to do to comfort them,” Abu Hmeid said. “As a Palestinian father, this is one of your worst nightmares. With the Israeli occupation, we can’t even protect our own children.” 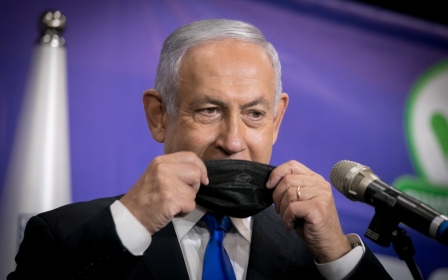 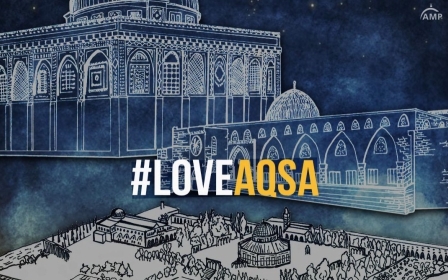 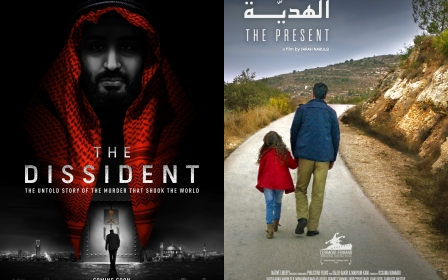