War on Gaza: Netanyahu vows to take 'as long as necessary' 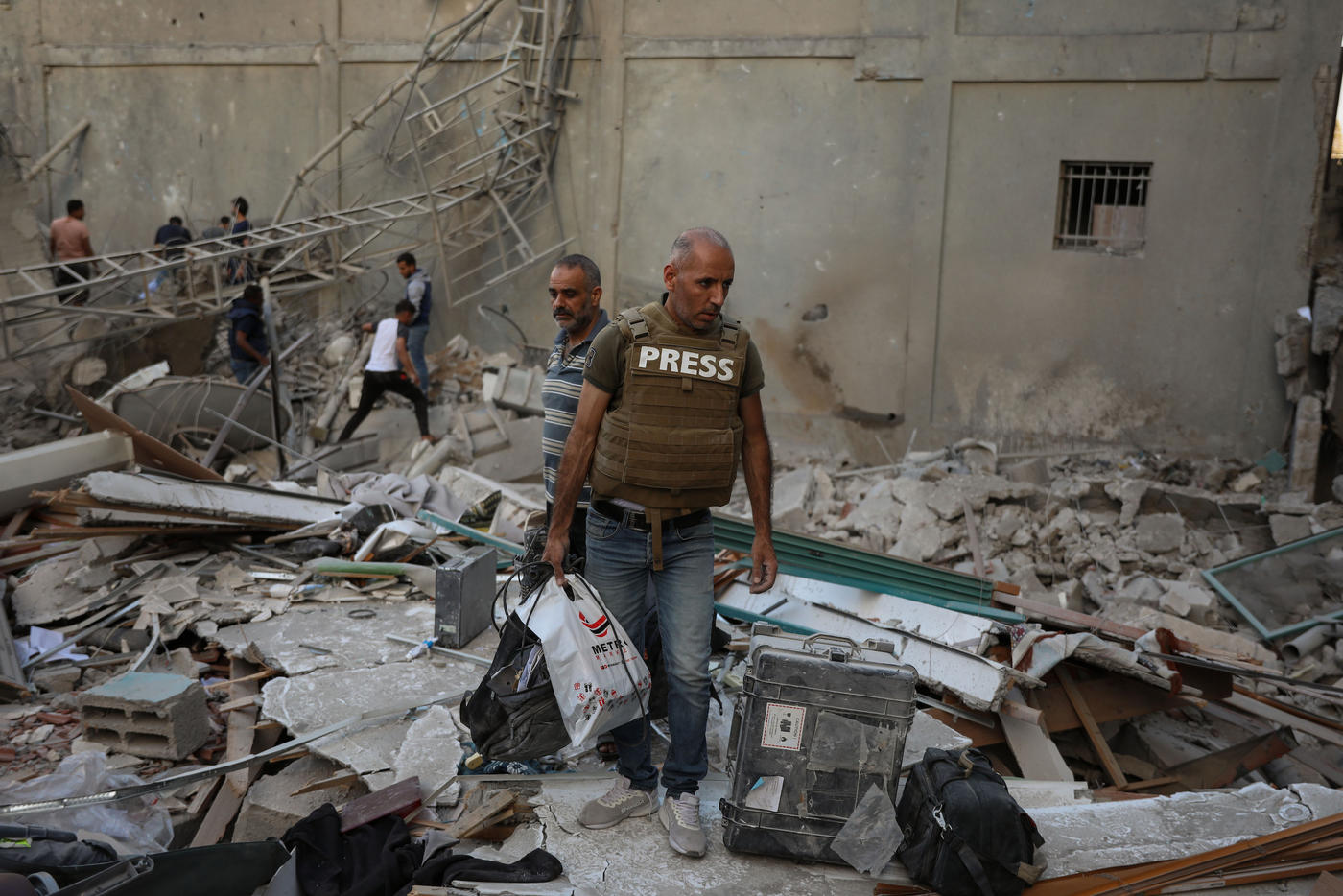 A journalist near the rubble of al-Jalaa Tower in Gaza city, after it was destroyed in an Israeli air strike, 15 May (MEE/Mohammed al-Hajjar)
By
MEE and agencies

Israel's war on Gaza would "take time" and continue "as long as necessary”, Prime Minister Benjamin Netanyahu said on Saturday.

In a press conference, Netanyahu justified Israel's attacks on civilian infrastructure in Gaza, including al-Jalaa tower in Gaza City which is known to house international news outlets including Middle East Eye, Al Jazeera and the Associated Press.

Occupants of the tower said they were given only a one-hour notice to evacuate before the building was destroyed in an air strike.

“We demonstrated this yet again today when we warned civilians to vacate the building used by the Hamas terror intelligence,” he told journalists.

The Israeli leader later shared a video showing the bombing of the media tower, lauding the air raid as a successful attack on “terrorist organisations”.

"I say to the leaders of terrorism: you cannot hide. Not above ground and not below ground. No one is immune. We are collapsing the terrorist towers. These are towers that serve as headquarters and offices for terrorist organisations," he wrote in the caption that accompanied the tweet.

"This operation will continue as long as it takes until we achieve our goals and bring peace and security to all Israeli citizens."

Israel has not provided any evidence to back its claim that the building was being used by Hamas.

Israeli bombs have killed at least 145 Palestinians, including dozens of children and in some instances entire families.

On Saturday, Netanyahu also thanked US President Joe Biden for his "clear and unequivocal support" following a phone conversation between the two leaders.

"The president reaffirmed his strong support for Israel’s right to defend itself against rocket attacks from Hamas and other terrorist groups in Gaza," the White House said in a statement describing the call. 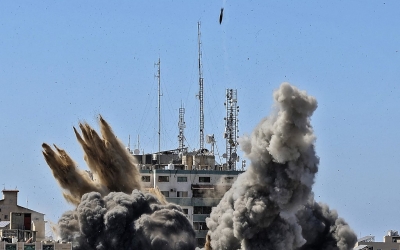 Biden raised concerns about the safety of journalists after the targeting of the building housing media offices earlier in the day, but he did not condemn the attack.

He voiced Washington's support for a negotiated two-state solution.

The US president made the same point in a separate phone call with President Mahmud Abbas of the Palestinian Authority, the White House said, highlighting "strong commitment to a negotiated two-state solution as the best path to reach a just and lasting resolution of the Israeli-Palestinian conflict."

The US leader, in his first call with Abbas since taking office, also "stressed the need for Hamas to cease firing rockets into Israel." 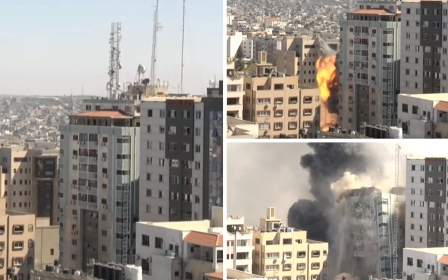 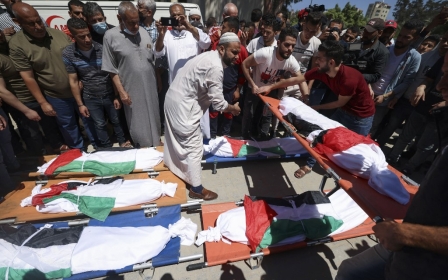 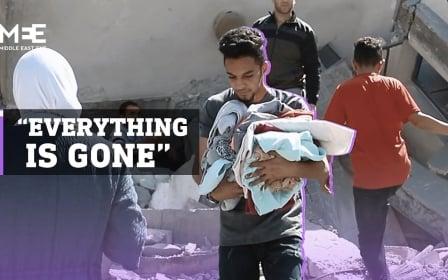